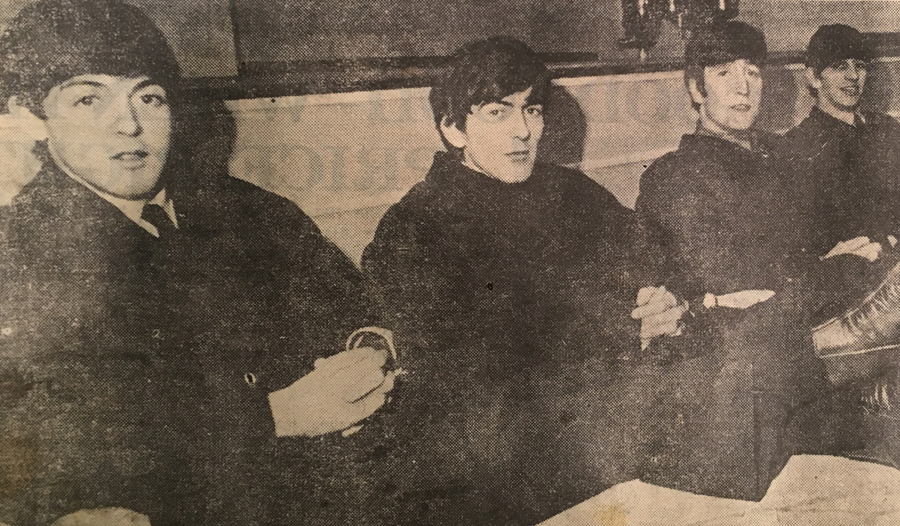 The beloved Bristol landmark is 150 years old this year, and to celebrate, we took a look back through the Colston Hall archives – which make for some fairly surprising reading!

Having first opened its doors to the public on 20 September 1867 – after The Colston Hall Company bought the land from Colston Boy’s School in 1861 to fulfil their vision of a concert hall in the city – today, Colston Hall is well on its way to becoming one of the best arts and learning facilities in the country. Its rich history is speckled with extraordinary stories and landmark appearances from the likes of Bowie and The Beatles, to The Rolling Stones and Bob Marley – countless musicians have cut their teeth there, and there have been some pretty random happenings too. While our heads have recently been filled with exciting visions of the venue’s next look – with 2017 being a pivotal point in the venue’s transformation – we decided to find out more about the earlier days…

In December 1933, the auditorium had to undergo a series of alterations to make the space suitable for a large circus which featured elephants, seals, ponies, kangaroos and bears! Tiered seats between the organ and stage were removed, the platform was strengthened and extended in order to take the weight of the elephants.

On 5 February 1945, the Hall was destroyed by a fire started by a cigarette – after having survived the Blitz and World War Two. In its history, the Hall has burnt down twice and been rebuilt once, with the new foyer built in 2009. The current redevelopment will be the fifth iteration of the Hall. Back in the old days, if they wished to book tickets for upcoming shows, customers would submit requests via ballot papers in the post – and when performing acts arrived in the city, they would be greeted in person at Bristol Temple Meads Station by promoter Charles H. Lockier and press photographers.

4. Giving it the gun

Before the third incarnation of the Hall opened during the Festival of Britain in July 1951, the acoustics were tested by firing shots to measure the noise and after-effects, and the coughing and applause of an audience as well as live music from an orchestra and artists. The new Hall was opened by H.R.H The Duke of Gloucester and the inaugural concert featured the Royal Philharmonic Orchestra, conducted by Sir Thomas Beecham.

In 1958, Frankie Vaughan performed two concerts on the same day. Between performances, his fans surged around Colston Hall and brought traffic to a standstill until police reinforcements arrived. During the last number, fans rushed to the stage until the star disappeared among the crowd and the band’s instruments were passed to safety over the heads of the crowd. The star’s manager was quoted in the press as saying the Bristol gig had been the most fantastic reception they had ever had anywhere in the country. There were some pretty unfavourable reviews of Cliff Richard’s gig in 1959, as it was simply too difficult to hear him, due to the incessant screams from the audience.

In April 1960, a Bristol married couple credited the Hall and the concert given by the Leipzig Gewandhaus Orchestra for bringing harmony back to their marriage. They wrote to the conductor about how they had decided to get married at the orchestra’s last appearance at Colston Hall two years previously and how listening to the performance avoided a break-up. The Beatles held their first show in Bristol at the Hall on 15 November 1963. Even before the event took place, the gig was in jeopardy due to concerns about the frenzy the group’s appearance would cause and how it could be managed safely.

In 1972, David Bowie and Mick Ronson brought the Ziggy Stardust tour to Colston Hall for the first time, on the first UK leg of the tour. The band would return a year later, following the release of Bowie’s sixth studio album, Aladdin Sane. This month (April 2017) as part of the Hall’s 150th anniversary celebrations, Holy Holy – featuring original Spiders From Mars drummer Woody Woodmansy and Bowie’s producer Tony Visconti – will play the album in full. ■