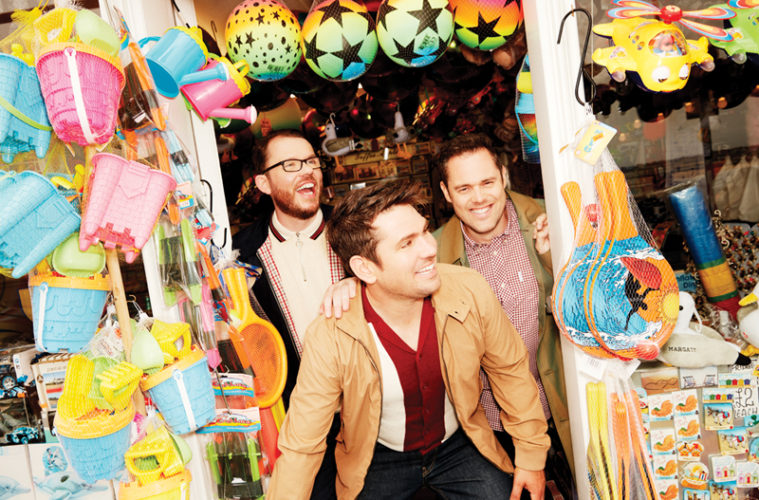 5 things to do in December in Bristol

BRIT-nominated band Scouting For Girls, known for their crowd-pleasing tunes such as She’s So Lovely, Elvis Ain’t Dead and Heartbeat, are embarking on a mammoth headline tour this winter in support of their brand new album, The Trouble With Boys. The trio is heading to the O2 Academy in Bristol on 10 December (doors 7pm) where you can expect plenty of singing and dancing as they play a mix of their pop anthem classics and new work. Tickets £28.90.

The French Film Festival UK is heading to the Watershed from 12 – 15 December, showcasing the diversity and creativity of the genre. On the programme is Happy Birthday, an all-star ensemble piece which shows how family relations unravel to wonderfully excruciating comic effect. Oh Mercy is a fictionalised adaptation of the 2008 French TV documentary Roubaix, which followed a determined police officer in the economically depressed town of Roubaix, near Lille. There’s the vivid exploration of the relationship between two young women in the late 18th century in Portrait of a Lady on Fire, and finally, Young Ahmed, directed by brothers Jean-Pierre and Luc Dardenne, follows the actions of a radicalised Muslim teen.

The clever brains behind the vegetarian restaurant Acorn in Bath have now opened a winter residency at Easton restaurant Dela on Mivart Street and will be serving up dishes every Friday and Saturday night until 21 December. Expect plant-based small plates, natural wines, Acorn classics, new seasonal dishes using produce from the team’s organic garden, and their fabulous nut roast; if you’re anything like us you’ll be wishing for the restaurant to open a permanent spot in Bristol soon. Booking recommended.

If you want to get in the festive spirit, then you’re definitely in the right place in Bristol. The city is bursting with events this season, certain to have the whole family rockin’ around the Christmas tree. National Trust property Tyntesfield will be turning back the clock once again by recreating a Victorian Christmas with its immersive experiences, while in the city centre there’s an abundance of markets to explore, theatre to see, and carols to sing. Turn to page 24 for lots more inspiration on what to do this month.

As part of We The Curious’ climate emergency declaration earlier this year, there won’t be a seasonal ice rink at Millennium Square this Christmas. But don’t fret, as an alternative BUMP roller disco is taking over the space instead, offering all ages a chance to get their skating fix for the season. Running until 5 January, there’s a series of roller skating sessions for all ages and abilities including lessons, skate with Santa events, weekly accessible skating sessions, and a charity roller contest for those keen to show off their skating skills. Prices from £6.50.