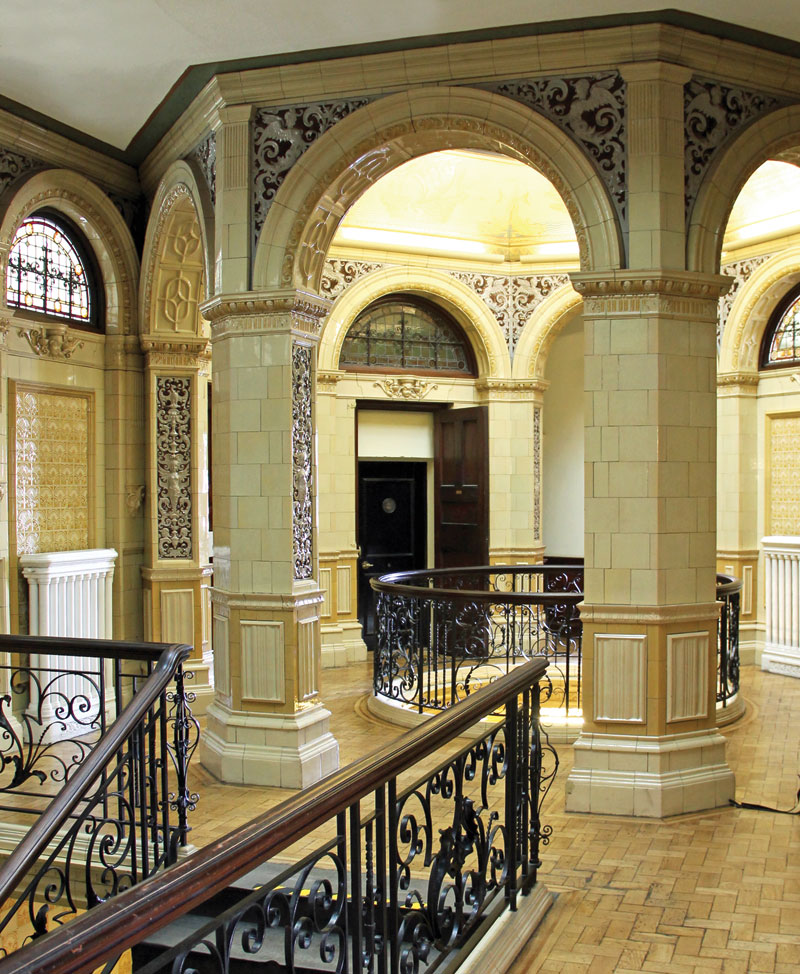 Bristol’s forgotten corner: could a Little Venice lay in wait?

As plans to develop Silverthorne Lane continue to evolve, Andrew Swift explores one of Bristol’s most evocative forgotten corners. Rich with history and heritage, could a Little Venice on the fringe of the city lay in wait?

With so much of Bristol’s industrial heritage having been bulldozed or converted to other uses, the survival of an enclave of genuine industrial dereliction less than 500m from Temple Meads is little short of remarkable.

Silverthorne Lane is an area many people will be unfamiliar with, for the very good reason that they will have had little reason to go there. But, if you head north out of Temple Meads, head east across Meads Reach Footbridge and turn right, you’ll find yourself confronted by a long, low, gloomy tunnel under the railway. Go through it, and on the other side you’ll soon find yourself wandering the sort of streets you’d expect to find in a dream or a surrealist painting. On either side, from high, grey rubble walls, thorny strands of bramble festoon down, swinging menacingly in the breeze. And, when you round a corner to be confronted by Disneylike turrets, and glimpse, through a crenellated gateway, the gaunt ruined shell of a high, roofless building, you may begin to feel you have wandered into some dysfunctional theme park.

Looked at on a map, this part of Bristol is no less striking. Hemmed in on the north by railway lines and on the south by the Feeder Canal, this area, despite covering only one-twentieth of a square mile, was one of the powerhouses of Victorian Bristol. At the beginning of the nineteenth century, though, there was nothing here but fields and market gardens.

It was the building of the Feeder Canal in 1809 that was the agent of change. Soon, gas and iron works were established on its banks. In 1840 Brunel built a viaduct to the north, so that the only way in or out – except by crossing the Feeder – was through long, dark tunnels. In just over 30 years a semi-rural area had not only been turned into an industrial one but effectively cut off from the rest of Bristol.

And all the time the gas works and the iron works grew. High walls were built around them. Over all hung a pall of smoke. In 1884, the Bristol Mercury sent a reporter along to record his impressions. They made sobering reading: “From giant chimneys, dimly seen through the soot-mist, pour volumes of smoke, completing the murky eclipse of the “lamp of day”, and enveloping the whole place in an almost impenetrable stench-cloud.”

Yet out of this unpropitious ground sprang something extraordinary. In 1891, John Lysaght, owner of the ironworks – now portentously styled St Vincent’s Works – commissioned a new office block. Its style has been described as Ruritanian Romanesque, although that seems too pedestrian for one of Victorian Bristol’s most exuberant buildings. Magnificent enough from the outside, inside it was like a treasure chest, with offices ranged around a high octagon framed by a frieze of golden ships and lit by a lantern lined with Royal Doulton tiles, mosaics and elaborate ironwork. One building material that didn’t feature in this architectural melange was Lysaght’s signature product – corrugated iron, for which the demand in Australia was insatiable.

By the second half of the twentieth century, though, as traditional industries declined or relocated, light or service industries moved in to fill the gaps, the difference being that, whereas the early industrialists had built to last, the newcomers housed their businesses in hastily-erected sheds. Today, as the area braces itself for an even greater transformation, it is the original buildings that will be incorporated into its design, while the later ones will disappear.

Many of those original buildings have already found new and sometimes surprising uses. One of the gas retort houses is home to Motion, one of Bristol’s most iconic nightclubs. The offices at St Vincent’s Works are home to Screenology, a film production and training company. Aardman Animations leased the factory building adjoining it as a warehouse, until a devastating fire in 2005 destroyed the film sets, props and models stored there, and today the building is a roofless shell, ripe for conversion.

Given its location beside the Feeder Canal,
and the extraordinary buildings in its midst, sensitive redevelopment could act as a catalyst for the regeneration of a far wider area – a Little Venice on the fringe of East Bristol

These iconic buildings, however, are surrounded by swathes of industrial desolation, and much of the area is the archetypal brownfield site. In 2018, a 10.66 acre site alongside the Feeder, including St Vincent’s Works, was acquired by Square Bay, the company responsible for the recent conversion of the former gas works on Anchor Road. Ambitious redevelopment plans – including hundreds of new homes, shops and offices, as well as a secondary school and a 17-storey block of student digs – have since been approved.

Most of the objections to the scheme came from those concerned about the future of Motion, which lies outside the redevelopment area. Assurances that the venue will be protected – which the council intends to uphold – have, however, since been given. Concerns regarding the scheme’s impact on the historical fabric of Silverthorne Lane, meanwhile, have been addressed by designating it a conservation area.

Given its location beside the Feeder Canal, and the extraordinary buildings in its midst, sensitive redevelopment, with community involvement, could act as a catalyst for the regeneration of a far wider area – a Little Venice on the fringe of East Bristol.

Whatever happens, though, its character will be irrevocably altered. For the moment, time stands as if suspended. Dereliction holds sway. Soon, though, the cranes and the pile drivers will move in. If you want to see one of Bristol’s most evocative forgotten corners in all its tarnished glory, don’t put it off too long. And while you’re there, take the opportunity to visit something else that may soon be lost for ever.

At the east end of Silverthorne Lane are three bridges – two railway and one road. Once through them, the first building you come to is a boarded-up pub, which, despite all appearances to the contrary, is one of the oldest buildings in Bristol. Its facade dates from 1886, but inside is a fireplace with a date of 1672. This was long thought to have come from elsewhere, but Professor Roger Leech of English Heritage has recently established that the building was part of a 17th-century garden house owned by Thomas Day, Mayor of Bristol, whose initials also feature on the fireplace. When it became a pub, it was called the Rhubarb Tavern, after one of the crops which the market gardens hereabout were famous for.

It closed in 2020 and now there are plans to turn it into flats. But, if ever there was a case for saving a pub, this is it. There are already enough people living nearby to make it viable and the nearest pub is half a mile away. When redevelopment gets under way, it could be a gold mine.

Already a cider bar has sprung up in the arches on Silverthorne Lane. When new residents begin to move in, more bars and bistros will undoubtedly follow. None of them, however, will have roots in the area’s past. The Rhubarb’s roots, on the other hand, run deep. So many of Bristol’s historic pubs have gone, generally with the excuse that they are no longer viable. With the Rhubarb, such an excuse is demonstrably unsustainable. With all its history and all its potential, it would be terrible if it were to become flats. The only hope is that someone with the vision to see that potential steps in to save one of the most tangible links with the area’s heritage.

Next
Reaching for the stars: affordable space tourism for the masses
Start typing to see results or hit ESC to close
bristol gender film tv history
See all results