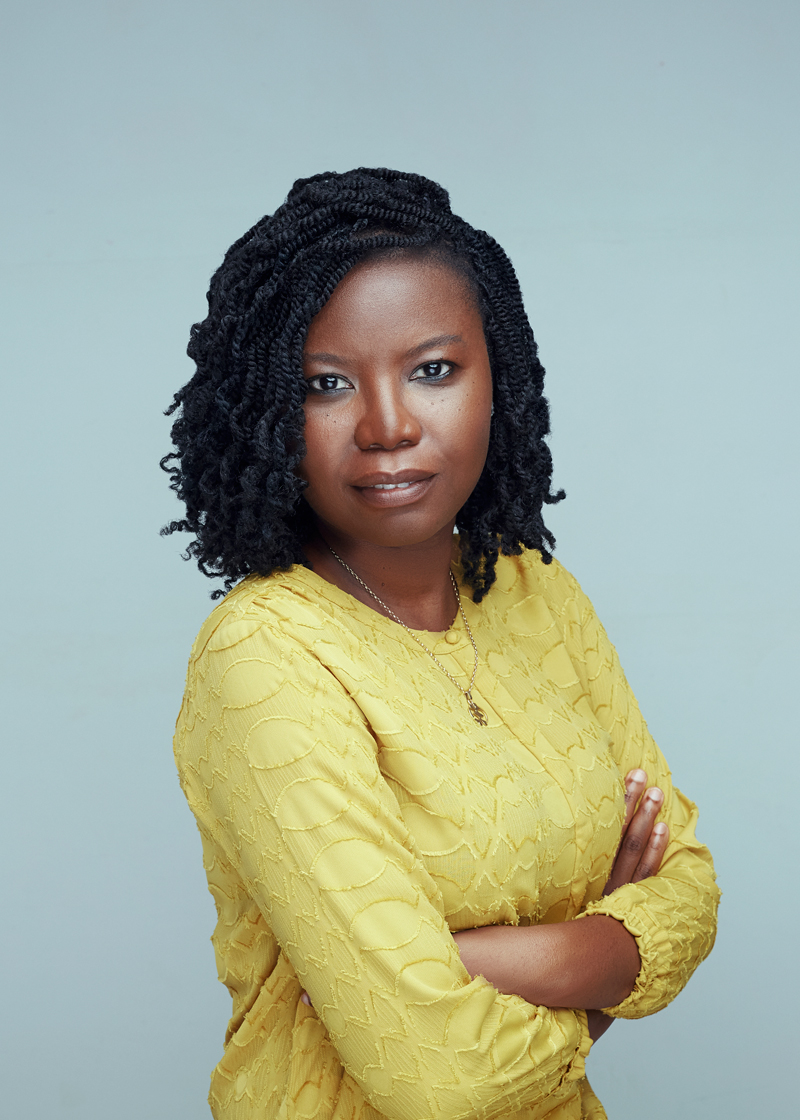 A brave young Ghanaian woman embarks on a journey of self-discovery when she enters a less than perfect marriage in Dr Peace Adzo Medie’s mesmerising debut novel, His Only Wife. As a film production company gains the rights to the acclaimed novel, Millie Bruce-Watt chats to Dr Medie about her global success and what’s next for her characters

When Dr Peace Adzo Medie published her debut novel, His Only Wife, last September, the Clifton author almost instantaneously caught the attention of Academy Award winners, filmmakers and global publications. “First of all, who even thinks that their book will be published?” Dr Medie jokes. “Then it gets published and there’s interest from filmmakers – it was shocking but it was really amazing,” she says.

Dr Medie is a Senior Lecturer in Gender and International Politics at the University of Bristol. Just one month after publication, Reese Witherspoon picked her novel, which tells the story of a young Ghanaian seamstress navigating her way through modern life, for her monthly book club, Hello Sunshine. His Only Wife was also recognised in the New York Times, who named it Editors’ Choice and Notable Book of 2020. Time Magazine soon dubbed it a Must-Read Book of 2020 and The Observer called it a Best of Book of the Year. American production companies, SK Global and The Mazur Kaplan Company, acquired the rights with the aim to make it into a television series and hundreds of voices from around the world poured in to express their love and appreciation for the vivid characters.

“The feedback has been great,” says Dr Medie. “There’s this really great team behind Reece’s Book Club and they do a really excellent job at supporting and promoting the books that have been selected. I am very lucky to be a part of it. The feedback has been the highlight of being published – especially hearing from people in Ghana. I saw on social media that one person had said, “This author must have read my life story.” It’s nice to know that the book resonates with people.”

His Only Wife follows the life of Afi Tekple, who lives in a small town in Ghana with her widowed mother. One day, she is offered a life-changing opportunity – a proposal of marriage from the wealthy family of Elikem Ganyo, a man she doesn’t know. She acquiesces but soon realises that Elikem is not quite the catch he seemed. He sends a stand-in to his own wedding and only weeks after Afi is married, and installed in a plush apartment in the capital city of Accra, does she meet her new husband. It turns out that he is in love with another woman, whom his family disapproves of and Afi is supposed to win him back on their behalf. But it is Accra that eventually wins Afi’s heart and gives her a life of independence that she never could have imagined for herself.

Throughout the novel, Dr Medie draws on her research in gender, politics and conflict and focuses particularly on the social pressures that affect the behaviour of women. “I use fiction to teach in my social science courses and I am always keen to explore the issues that I work on in my research. I really wanted to write this book and focus on a woman who finds herself in a situation where she is under pressure from the people around her and look at how she is able to navigate these pressures. I wanted to also focus on marriage because there’s a lot of pressure on women in Ghana, especially young women, to get married and stay in a relationship that, ultimately, they might not be happy in.”

The themes that Dr Medie addresses in her novel are very much relevant to today’s conversation surrounding women’s rights. “It’s very much a Ghanaian story – the place, the food, the fashion, the experiences – but, at the same time, it’s also a very global story, now more than ever, when we are having conversations around movements like Me Too and we are talking about feminism in popular culture. I think all of that shows that we are in a moment where people are really thinking about women’s experiences.”

Above all, however, Dr Medie wants her readers to be entertained and offers a world in which to escape – a world packed full of complex characters, each battling with their own narrative. “More than anything, I am the kind of reader that approaches fiction with the question, am I going to be entertained? Am I going to be swept away by this story? Is this going to grab me and not let go? And not, am I going to learn something? Even though I touch on a lot of important themes in the book, my first thought is not ‘I want to educate people.’ I didn’t want it to be instructional or judgemental – I want to tell you a story that will cause you to forget physically where you are and transport you into somebody else’s life. And if you learn something in the process, that’s also wonderful.”

His Only Wife was a work in process for five years. Dr Medie started working on it when she was a student at the University of Pittsburgh. “I spent months and often years thinking about characters and the plot. I really began writing in 2013 and I finished in 2017. It was a balancing act between writing fiction, teaching, researching and doing admin work. I did most of my writing really early in the morning. I was usually up around 4am and I would write for a couple of hours. I also have an academic book, which I was writing at the same time. So I would start one and switch to the other. I am at my best in the morning.”

Dr Medie has already written her second novel, although not yet published, and aims to continue to write her third this summer. The brilliant scholar is also working on a project about female traditional leaders in Africa and continues to develop her academic research alongside her fictional writing. In terms of the television series, Dr Medie tells us that talks are still in the very early stages but, if it gets made, it will allow the story to focus on characters that were not at the centre of the book. “It’s very exciting,” she says. In the meantime, we delve back into the world so wonderfully created in His Only Wife and look forward to the day we see Afi’s story portrayed on the big screen.

His Only Wife is available to buy online via bookshop.org. Read Dr Peace Medie’s short stories on her website: peacemedie.com

Previous
Investing in Property: advice from the experts