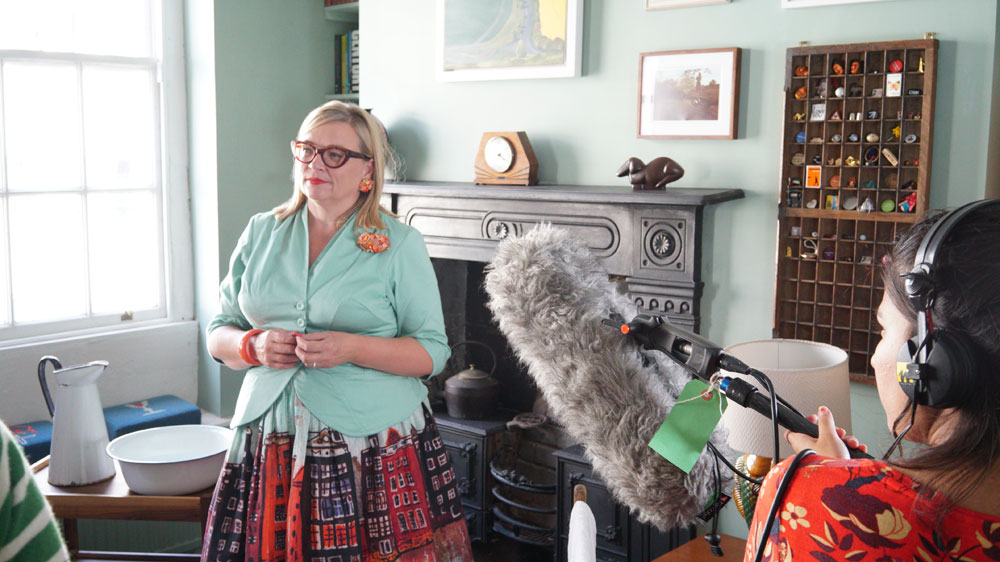 A House Through Time: 8 things you didn’t know about Number 10 Guinea Street

To mark BBC Two’s A House Through Time returning with a new series set in number 10 Guinea Street in Bristol, series consultant and expert contributor Professor Deborah Sugg Ryan (University of Portsmouth) reveals some of the surprising facts uncovered during research.

* Bathrooms weren’t installed in most houses until the 20th century. Up until the 1870s when public bath houses opened in Bristol, it was common for people to bathe in the floating harbour, which was infested with sewage. Many young men continued to do so after the baths opened, often swimming naked in the harbour.

* It was commonplace for people to take their main meal in the middle of the day, returning home for lunch, until the 20th century. During the Second World War, the government-funded ‘British Restaurants’ opened across the country, including several in Bristol. They catered for those who had lost access to cooking in their homes due to bomb damage or were engaged in war work with no access to a canteen. Most British Restaurants were self-service cafeterias offering a three-course hot meal for a reasonable price. Some were housed in existing buildings such as schools or church halls. Others, like Bristol’s College Green, were in specially made prefabricated buildings.

* We might think now of a Georgian house like number 10 Guinea Street, built in 1718, as having two reception rooms on the ground floor and two bedrooms on each of the first and second floors. In fact, the large room on the first floor would have been originally used as a formal drawing room in which the most important visitors would be entertained.

* Refined sugar was supplied to houses in large solid cone shapes, commonly called a ‘sugarloaf’, until the late 19th century. These were so valuable they were kept in a locked chest, for which only the mistress of the house had the keys. Sugar cones were broken into pieces with a special hammer and cutters known as ‘nips’.

* Many Georgian houses originally had separate kitchen blocks, detached from the house. This minimised the risk of fire spreading and kept cooking smells away from the house.

* It is a common misconception that servants working in modest middle-class houses in the 18th and 19th centuries slept in attic bedrooms. In fact, attic rooms were usually needed for children. Servants often used a makeshift ‘truckle’ or ‘trundle’ bed in the kitchen, or even the cellar, which was pulled out at night.

* Many Georgian houses started as single residences for the better off middle classes and went into multiple occupation in the 19th century. Number 10 Guinea Street had four households living in it in 1891: a married couple with five children; two sisters and a daughter; a married couple with a sister and a son; another married couple. This makes a total of 16 people, living in six rooms and a kitchen!

* In the 19th century, cast iron fireplaces were available with a small oven for cooking and a hearth for heating a kettle. The current owners of number 10 Guinea Street found one of these that had been boarded over in the first-floor drawing room where there originally would have been a much grander fireplace. It is evidence of the house in multiple occupation where a family cooked, ate, and most likely slept, in the same room.

If you would like to do your own house history, you can download a free guide from Bristol Archives on Building and House History: Sources for Research by clicking here.

Bristol archivist Anne Lovejoy is giving a free online talk on ‘house research from home’ on 10 June 2020 from 5pm – 6pm. To find out more and to register: click here.

A House Through Time is on BBC Two on Tuesday at 9pm, starting on 26 May 2020. For more information: click here