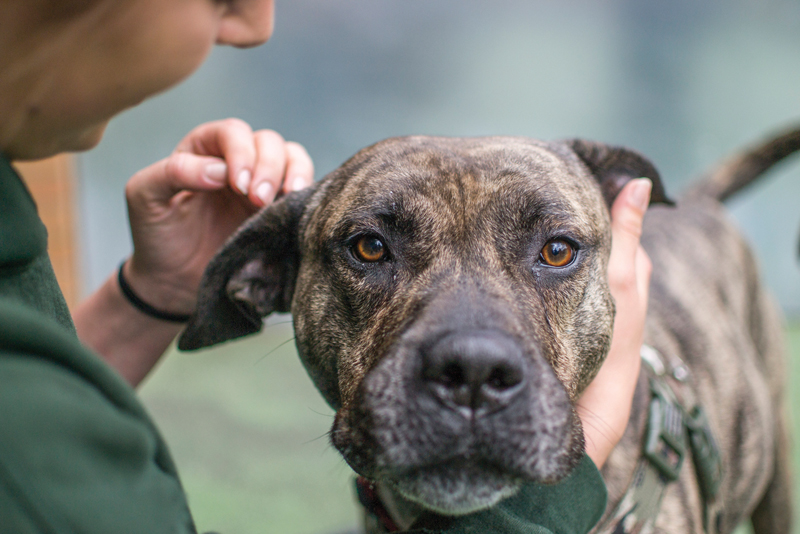 A Time For Giving: Bristol-based charities

Jessica Hope rounds up some of the Bristol-based charities who work hard, 365 days a year, to provide support for local causes.

While many of us will be enjoying the festivities with our families and friends this Christmas, some will not be so fortunate. Here we zoom in on a handful of the charities from around the city, working all year round to provide help for people in the local community, as well as some of our furry friends, to find out how we can help.

Above & Beyond is the official charity of the University Hospitals Bristol NHS Foundation Trust which oversees the nine city-centre hospitals. Raising more than £3million every year, the charity aims to make a difference to patients, their families and the dedicated staff. The team fundraises to create welcoming environments, provide world-class facilities and the latest equipment, support staff training and development and fund innovative research – and the charity depends on its volunteers who steward events, drop off flyers, and get involved in craft and bake sales. If you fancy volunteering, go online or call: 0117 927 7120. This Christmas the charity is holding its first National ‘Elf Service Day on Friday 8 December, encouraging people across Bristol to pay £1 to dress as an elf for the day. Its Christmas Star Concert is also being held on Thursday 14 December at Bristol Cathedral. Tickets are available to buy online.

First established in London in 2008, FoodCycle is a national charity that aims to tackle food poverty and unite communities by creating delicious meals out of food that would have otherwise been wasted. Every Saturday volunteers pick up 60 – 100kg of surplus food donated by supermarkets and local retailers and cook nutritious meals to around 30 – 40 people at Barton Hill Settlement on Ducie Road, Bristol. The charity is always looking for more volunteers to join the hosting or cooking team, just go online to find out more. 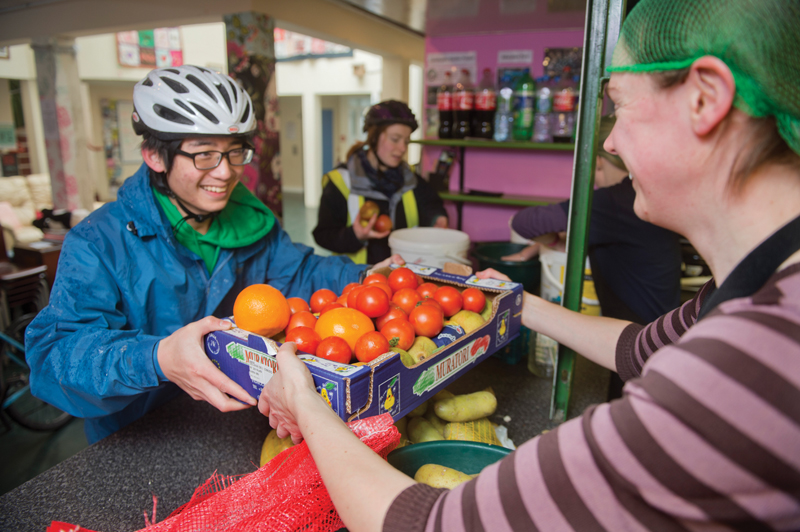 Art Refuge UK works with people who have been displaced because of armed conflict, trafficking, natural disaster, famine, or political or religious persecution, by running programmes that offer opportunities for people to make art, reflect, and share their work. Art Refuge UK, founded by Frances Fox in 2006, was originally named The Painting Club and started life in the Tibetan Homes Foundation, Mussorie, India.

It was created by Friendsof Tibetan Women’s Association as a series of after-school painting clubs for refugee children where they painted their memories of Tibet, the journey into exile, and life in their new schools in India. It provided an opportunity for creativity and healing after what had often been a frightening journey. While members of the charity are spread around the UK, Art Refuge UK chose to be based in Bristol because of its connections with refugee focussed organisations operating around the city. Commenting on how the charity has made an impact, their spokesperson said: “We were really delighted to learn, during our pilot art therapy group in Bristol, that two of the group members had regularly accessed our art therapy groups in the Calais refugee camp. We really hoped that in providing art therapy here in the UK we would help provide a bridge into their new lives here, but we were deeply moved when we made this fantastic discovery.”

The RSPCA Bristol Dogs and Cats Home rescues, rehabilitates and rehomes thousands of injured, sick, neglected and stray animals every year, as well as providing emergency wildlife care. Established as Bristol Home for Lost and Starving Dogs in 1887, the charity is committed to providing the best quality of life for all of Bristol’s animals. To mark its 130th birthday this year, the home is holding a special anniversary walk on Sunday 3 December. If you would like to get involved, email: fundraising@rspca-bristol.org.uk.

Originally set up in London in 1998 to tackle homelessness, business people William Sieghart CBE and Mary-Lou Sturridge expanded StreetSmart outside the capital in 2000 after seeing that Bristol was a city with an increasing number of homeless people as well as a thriving restaurant scene. During November and December, StreetSmart fundraises by adding a voluntary £1 onto restaurant bills at eateries around the city. The money raised is then distributed among projects that help homeless people around Bristol including Emmaus, St Mungos and One25. Since the charity was established, it has raised more than £8million to help people across the country. To donate to StreetSmart over the festive period, visit one of the participating restaurants around the city such as Pasta Loco, Soukitchen or Wilsons, enjoy a delicious meal and donate £1 when the bill comes.

Off the Record Bristol

Off the Record Bristol provides free, confidential and self-referral mental health information and support to young people across Bristol and South Gloucestershire. Many young people between 11 – 25 go to OTR for support around depression, anxiety, OCD, stress, self-harm and family problems. The charity provides counselling as well as group work, creative therapies and workshops, giving young people tips on how to look after their wellbeing. Established more than 50 years ago, there are multiple Off The Record charities that work independently of each other across the UK. OTR was formed after it became apparent that there was an absence of a free and confidential service for young people to go to for help. In 2018 OTR hopes to run more ‘hubs’ around the city – drop-in spaces where young people can go, hang out, learn about what the charity does, and have a casual chat with OTR staff and ‘peer navigators’ about what support they would like.

A Life for a Cure

Following the sudden death of 16 year-old Ryan Bresnahan in 2010, his parents, John and Michelle, and sister, Charlotte, set up A Life for a Cure, an appeal which looks to eradicate all forms of meningitis. The family, who live in Bristol, couldn’t believe how quickly Ryan died without showing any signs of the illness. Michelle says: “We weren’t prepared to accept this as we didn’t want to see other amazing young lives being lost to the devastating disease, so we set up the charity to raise awareness and funds to support research projects into finding a preventative vaccine.” A Life for a Cure holds regular fundraising events including an annualhockey tournament and rugby memorial match at Clifton Rugby Club, which have raised £460,000 to date. The charity recently held its biggest fundraising event, the Blingo Ladies Evening (that’s bingo with a bit of bling thrown in) at Clifton College, when an incredible £19,000 was raised on the night. A Life for a Cure will be involved in the Henleaze Christmas Festival on Wednesday 6 December, 4 – 8pm on Henleaze Road.

Penny Brohn, from Bristol, was diagnosed with breast cancer in 1979. She knew instinctively that she needed more than just medical treatment, she needed to care for her mental and emotional wellbeing. Penny and close friend Pat Pilkington launched The Bristol Cancer Help Centre soon after. They recognised that cancer impacts everything, and so they wanted to empower people withcancer to live as well as possible for as long as possible. Penny Brohn UK’s free adult residential and day courses focus on aspects including diet, exercise, relaxation, relationships and practical issues, to help people to have more control of health and wellbeing. The charity helps around 10,000 people a year, from numerous locations across the UK. Penny Brohn UK’s Christmas Concert will be at Clifton College on Friday 8 December, doors open 6.15pm. Go online to book tickets or call 01275 370072.

St Mungo’s is a national homeless charity with a huge presence in Bristol. Through a recovery based approach, the charity helps people experiencing homelessness on every step of their journey towards rebuilding their lives. Founded in 1969 in London, the charity has expanded across the country to deliver services to keep people healthy, housed and hopeful. In Bristol, the charity runs 22 projects from outreach, support in the community, mental health support,hostels for women, men and people with complex needs, and a recovery college. The number of homeless people is increasing across the city. In November, St Mungo’s launched its pioneering fundraising campaign Safer Off The Streets, alongside other local homeless charities – The Julian Trust, Caring in Bristol and Crisis Centre Ministries – with money raised helping to fund the four night shelters the charities run. People can donate online or via one of the three contactless donation points outside Tesco Metro and Primark on Broadmead, or at Bristol Energy by the Watershed. 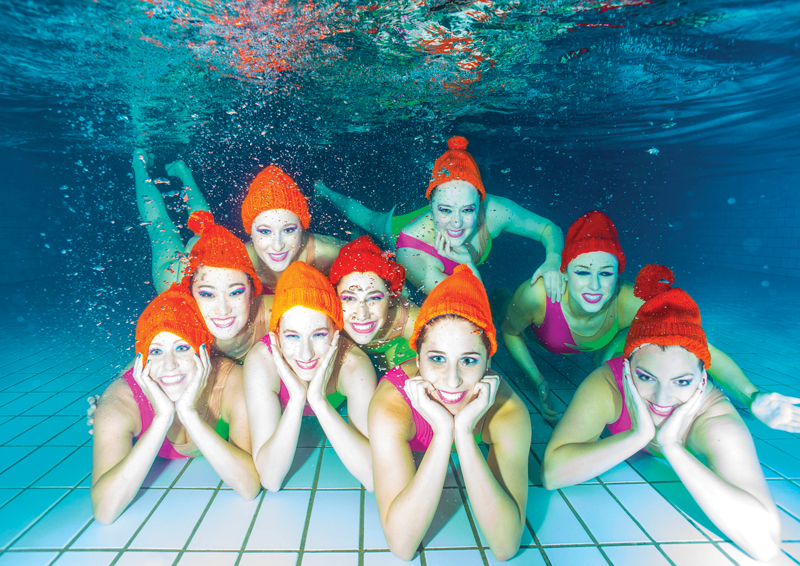 The West of England Sport Trust champions sport in local communities and schools, creating more opportunities for people of all ages to get involved in physical activity and promote maintaining an active lifestyle. Set up in 2006 by current CEO Steve Nelson, Wesport is one of a national network of County Sport Partnerships and covers four unitary authorities – Bristol, Bath and North East Somerset, North Somerset, and South Gloucestershire. One of Wesport’s areas of focus is active workplaces, including running workplace competitions. In the past this has included golf, softball and netball events. The charity will be holding a badminton tournament in March next year, so look out online for more information about this over the coming months. Wesport has just started a new programme working with The Royal Foundation – Coach Core Apprenticeships. This involves working with a range of sports and community organisations to recruit sports coach apprentices, which will develop up to 60 young apprentices in the next three years.

St Peter’s Hospice cares for adults with life-limiting illnesses. The charity aims to improve the quality of life while extending care and support to patients’ families and loved ones. All of the hospice’s services are free of charge, however it costs the charity around £20,000 a day to provide this level of care, and it relies on gifts in wills, donations, fundraising and money raised in its retail shops to reach this sum. St Peter’s Hospice began as a community-based hospice in 1978. St Peter’s Lodge was opened in 1980 with beds for six patients, and the hospice moved to Knowle in 1986. The purpose-built hospice in Brentry, north Bristol, was opened in 1998. Visit one of the hospice’s shops over Christmas and you will find a bespoke range of Christmas cards, wrapping paper and gifts, as well as furniture, vintage and bridal items.

Previous
New year, new hobby: Try your hand at embroidery with the Royal School of Needlework