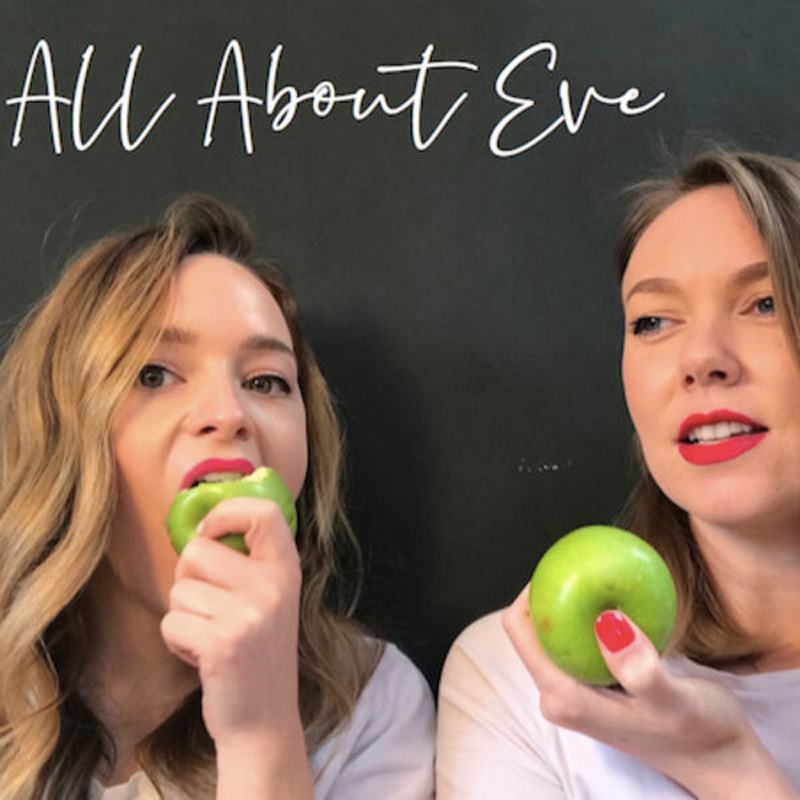 All About Eve: An interview with Bristol-based podcast founders

This month, Amanda Nicholls spoke to the founders of the Bristol-based podcast All About Eve. Julia and Anna explain how the idea for their laid-back podcast first breathed life in the King William pub and share that it is, in fact, “the the weird little window” into their friendship that their audiences love the most.

AN: Why did you decide to start this podcast?

J&A: We decided to start the podcast after sinking a bottle wine in the King William pub on King St. On realising most of our conversations came back to women we admired whilst mercilessly taking the mick out of each other, we thought it seemed the perfect set up for a podcast.

AN: Why this subject matter?

J&A: There are countless stories of women defying expectations throughout history and we thought other people might be as inspired by the achievements of these women who’ve been lost to history, as we are.

AN: What did you get up to during lockdown?

J&A: During quarantine, we spoke to the Black Lives Matter Bristol march organisers, Liza Bilal and Tiffany Lyare, about the work they do; Briony Williams from Bake Off 2018 about the Colston statue and waking up to structural racism; sex worker and educator Elle Stanger about her work; Salvador Perez, the president of the Hollywood Costume Designers Guild, who told us how women have shaped his career.

AN: What’s the feel, style and vibe of the podcast?

J&A: The style of the podcast is indicative of our relationship: comfortable, laidback and deeply cynical. Having been friends for fifteen years, we have a tendency to veer off on tangents which at first we were concerned would derail the podcast but it actually. Turns out it’s a reason people keep listening. Apparently, the weird little window into our friendship is a feature our audiences enjoy.

AN: What interesting Bristol stories have you uncovered so far?

J&A: The mysterious tale of Princess Caraboo: In 1817 a young woman was found wandering the streets of Almondsbury speaking an unknown language and in need of food and water. With no account for where she’d come from or who she was, she was brought to Knowle and quickly became a local celebrity, charming the Bristolian elite with her strange customs like fruit-balancing and some pretty impressive moves with a sword. It wasn’t until a Portuguese sailor claimed to understand her language that the Bristolians learned of her royal heritage and her escape from the clutches of pirates. We won’t ruin the ending but trust us the rest of the story only gets weirder. Listen to episode four for all of the twists and turns.

AN: Which podcasts are essential listening for you?

J&A: Currently ‘In Good Company’ by Otegha Uwagba is a brilliant podcast for women in the workplace and navigating the difficulties women can face. ‘What Would You Rather’ is a great twist on the interview podcast style where comedians play the infamous school game with the hosts.  ‘No Country for Young Women’ by Sadia Azmat and Monty Onanuga consists of funny, down to earth conversations about everyday life, and ‘Dear Joan and Jericha’ is an hilarious satire on agony aunt advice giving.

AN: Are you looking for guest speakers, if so what sort of person would qualify?

J&A: Yeah – if you are Sandi Toksvig, Serena Williams or Michelle Obama, please do get in touch.

AN: Who would be your dream guest?

J&A: We’d love to have Sandi Toksvig on the podcast because she’s not only hilarious, but also has campaigned against the sexist bias on Wikipedia. She has made championing women’s stories her mission so we’re sure we’d have plenty to talk about.

AN: Which woman from history would you love to have on the show had they still been with us?

J&A: Oh, definitely Mary Seacole, who Anna covered on episode six of All About Eve. She was a Jamaican nurse who was not allowed to join the white British nurses headed to the Crimean war. Never taking no for an answer, she risked her life and made her own way there to care for wounded soldiers on the front line. Her autobiography reveals she was also bloody hilarious so we’re pretty confident she’d be up for a laugh.

Download and listen to the latest episodes of All About Eve here: allabouteve.buzzsprout.com/

Next
Play it again Mick: The very first set at Glastonbury 1970