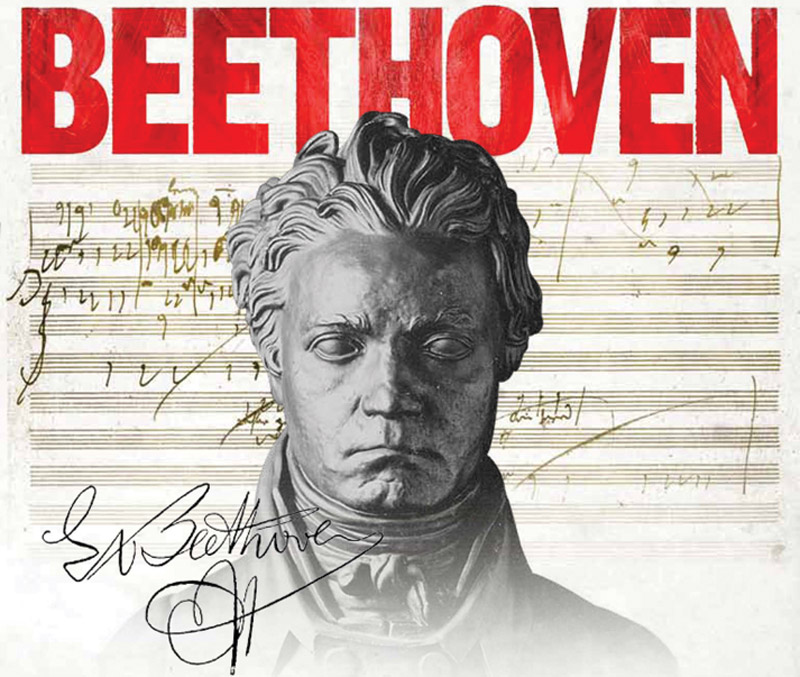 As celebrations take place across the world, St George’s Bristol is marking the 250th anniversary of the birth of Ludwig van Beethoven with a series of classical events in 2020

Considered one of the greatest musical geniuses of all time for innovative melodious creations that have delighted audiences for centuries, Beethoven was a prolific composer who wrote nine symphonies, 32 piano sonatas, one opera, five piano concertos and chamber works including some ground-breaking string quartets. Making his achievements all the more impressive, his personal life was marked by a struggle against deafness, and some of his most important works were composed during the last 10 years of his life when he was unable to hear. St George’s new-season programme is paying homage to his talent by profiling some of the world’s best pianists, orchestras and quartets, and piano works by Beethoven are centre stage in February while symphonies are celebrated next month with the help of BBC National Orchestra of Wales, Bristol Metropolitan Orchestra and Aurora Orchestra.

Celebrations run through to May when Bristol Classical Players and Bristol Cabot Choir perform Symphony No 9 ‘Choral’ – at the premiere of which, it is said, Beethoven could not even hear his audience’s thunderous applause. The world-renowned Takacs Quartet round off the programme with Beethoven’s last string quartet and last major work. Here’s what to expect from a few of the upcoming highlights.

James Lisney, Beethoven’s Late Piano Sonata Op 110, 5 February
Provocative, satisfying piano music as James Lisney continues Endgame, a series of four recitals that focus upon the late works of Beethoven as well as Haydn, Schubert and Chopin. Beethoven’s Sonata in A Flat, Opus 110, is one of the most tightly integrated and celebrated works in the keyboard repertoire, displaying extraordinary tenderness and humanity. A sudden tragedy imposes upon the opening idyll; the conclusion represents a hard-fought triumph over this existential threat.

Aurora Orchestra, Beethoven’s Pastoral, 24 March
Showcasing the extraordinary versatility of St George’s orchestra-in-residence, Aurora’s striking programme includes a symphony performed entirely from memory, without a manuscript in sight; a work of orchestral theatre from the incomparable imagination of Harrison Birtwistle and a collaboration with rising star pianist Yeol Eum Son.

Bristol Classical Players & Bristol Cabot Choir, 9th Symphony, 9 May
This mighty work has been used to mark numerous world events (notably the fall of the Berlin Wall) and since been adopted as the anthem of Europe. Inspired by Schiller’s Ode to Joy, Beethoven produced a masterpiece that has influenced every composer since and which pointed the way for countless new directions in music.