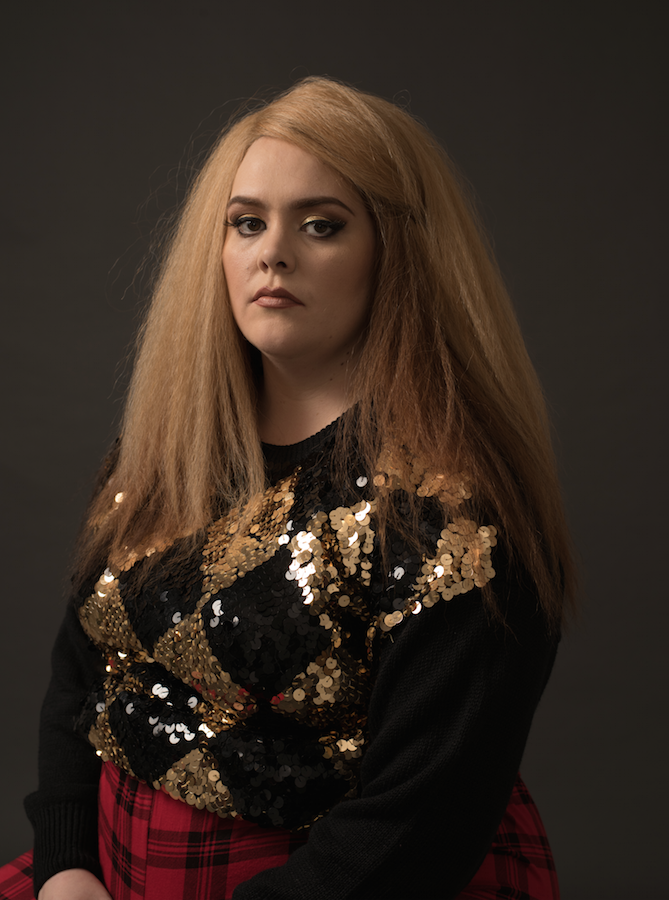 An uncut gem; a force of nature; dangerous and unafraid; the future. Award-winning comedian and proud Bristolian Jayde Adams is all of these things, according to the national press, and one of the funniest women in the world, if you ask her hero Dawn French.

If you like the sound of all that, you should probably see her new show at Colston Hall this month, and welcome her back as she returns home after a triumphant run at the Edinburgh Fringe. With themes including popularity and loneliness, the show weaves together outrageous humour with more tender moments, and music too: here’s more from the woman herself…

What can we expect from Jayded?

Expect to laugh, hear me sing opera and a brand new song written by Richard Thomas (who wrote Jerry Springer the Opera with Stewart Lee and Anna Nicole the Musical), leotards made by my mother and hopefully an uplifting feeling at the end for anyone who has ever felt like an outsider.

How would you describe your brand of comedy?

I think I’m quite anarchic, I disagree before I agree and then work my way out from there. I’ve worked in all sorts of jobs, from Bedminster Asda to a windows and doors company near Temple Meads. I’m brutally honest about the way I feel about the world and how I fit into it and I’m always ready to be the biggest knob in the room. I don’t like to be too divisive, I think it’s always best to try and make someone like you before you tell them they are wrong about something.

How do you usually find Bristol audiences?

It’s so great to perform in Bristol because I have many references about my years of growing up here that a true Bristolian will appreciate. Also my accent is so strong and whenever I’m around other Bristolians, it gets even thicker – so it’ll be nice to gig without a teleprompter on stand by! Jokes…

What’s the best thing about Bristolians?

Bristolians seem to want an easy-going life. Going by the people I have met and the gigs I have done here, the audiences have the best sense of humour, and living in London for the last seven years has made me appreciate slow living. London is so competitive and fast moving that sometimes it’s just nice to sit on a bus stop, chat to someone you don’t know and find out something about someone else that you didn’t know before. Making people in London talk on bus stops isn’t always an easy task – they think you’re going to nick their wallet!

Performing my own show at the Colston Hall is a huge dream of mine – another item on my bucket list ticked off! I’m so pleased I’ve been asked to do it. I love the Hippodrome as well. I know the day I do my own show there will mean so much to me. My sister Jenna, who died several years ago, used to be in a dance company that would perform there every now and again and as a child I would be so impressed. I saw Phantom of The Opera seven times at the Bristol Hippodrome.

We hear your aunt had a dance school here?

Yeah, she did! In Brentry, near where my dad’s family grew up. I never won anything, mind. All the girls who did it were so athletic and I was born 16 stone – I never knew that the reason I didn’t win was because of my size, I used to think it was because I had asthma. The new show I’m writing, with Richard Thomas, is all about my time in Freestyle Disco Dancing. My mum made me do it for 12 years, even though I failed so often – and it’s the reason why I’m so resilient to performing in comedy. I think kids should be rubbish at something when they are younger. It makes you a better at whatever you do when you have something to fight for.

Favourite British comedy? Which have stood the test of time?

Vicar of Dibley, Absolutely Fabulous, Fawlty Towers, Porridge. Classics, that will be funny forever because making a tit of yourself will always be funny. Hard-hitting political humour has a shelf life – I am only interested in making classic comedy that will last.

Which comedian had the biggest influence on you, growing up?

Dawn French, without a doubt. I’ve met her several times and she is a great support of mine. If you had told 12-year-old Jayde that she’d have Dawn French walk up to her one day, backstage, to say good luck and then give her a hug – she’d tell you to shut right up.

What’s the best thing about being a comedian?

I love making people happy. I’m a bit of an empath which is often to my detriment and can be quite exhausting. Doing it en masse makes it a whole lot easier. I love nothing better than a big group of people having a good time.

Did you always know you were funny and wanted to go into comedy?

I’ve always been funny; I think this job of mine isn’t a big shock to anyone. I think how well it has gone has surprised some people that I have fallen out with in the past, and all I have to say to them is ‘suck on them apples.’

Did you try many other lines of work first?

Fishmonger, door woman, bar manager, pub landlady, waitress, cocktail maker, windows and doors salesman, contemporary dancer – there was a lot of getting up and down off the floor, which I’m not that into… What have been the highlights of 2017? I hate to be massively soppy, but falling in love with someone who doesn’t get jealous, always supports me and totally gets it all. I’ve never had a proper boyfriend before. Comedy is great, but intimate acceptance is bloody powerful. Someone once said to me; “nowt more powerful than a woman who is loved” and I am proud to say that he makes me feel very strong indeed. He’s also a bit of a knob like me, making mistakes and then trying to fix them. I hope he’s the one.

What’s in the pipeline for next year?

I’m in BBC’s Good Omens with David Tennant and Michael Sheen, Sky’s Sick Note with Nick Frost and Rupert Grint, and I’m hosting my TV show in December – Say What? – with the guys from Impractical Jokers for Comedy Central. Most of all, my new show with Richard Thomas; it’s going to be massive. I’m finally making a show that I want to make. I say all the time that I could be the next Bette Midler, so now I’m making a show that she could be in…