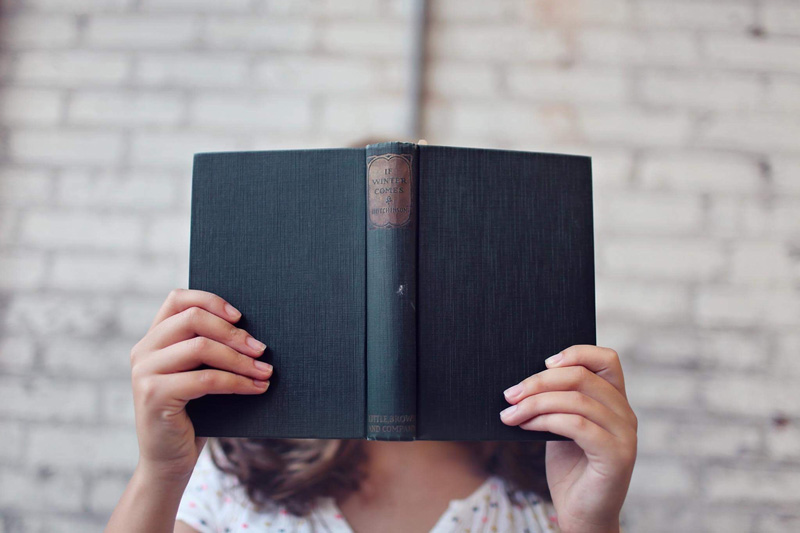 As the new season approaches, more than ever we envision ourselves escaping into book after book and devouring different perspectives to broaden our horizons from home. Here three local bookshops offer a taste of what’s on offer

Our Twitter feeds seem full of people who, for example, capitalised on newfound free time of furlough and managed to publish a book amid the chaos of lockdown – so the coming year could well see a proliferation of first-time writers and fresh literary voices offering up new imagined worlds and viewpoints to ponder. In addition to the planned works of literature’s established authors, there’ll be plenty to get stuck into as we start to hunker down.

The independent North Street bookshop serves Bedminster brilliantly with its events, coffee and next-day ordering, and delivers worldwide too. Co-owners Dan and Emily Ross share what they’ve been reading.

The Harpy by Megan Hunter

With the nights beginning to draw in, you’ll be in need of a clutch-your-knees-on-the-sofa sort of book to make the most of the chilly atmosphere, and Megan Hunter’s deliciously odd and disturbing new novel is just the ticket. A cuckolded wife comes up with a plan for revenge, the sheer vindictiveness of which starts to make her question her own grasp on reality. It’s both domestic and magical, terrifying yet oddly liberating.

The Vanishing Half by Brit Bennett

It’s no surprise that Brit Bennett’s second novel has already been snapped up by HBO for a miniseries, because it is a uniquely and inherently engrossing story – an intersectional family saga that glides through issues of race, community and legacy, all through the lens of one fictional town in the American Deep South. The title refers to the disappearing act of one of the Vignes twins – two seemingly inextricable girls whose lives take shockingly different turns when one of them runs away.

The Liar’s Dictionary by Eley Williams

Prepare yourself for a full serving of wordplay in Eley Williams’ first full-length novel, an utterly unique story of made-up words, pelican ambushes and bomb scares, set in the crumbling offices of the (completely fictional) Swansby’s New Encylopaedic Dictionary. One errant employee in the 19th century has riddled the dictionary with fake words (known in the trade as mountweazels), and it’s up to intern Mallory in the present day to unearth and correct them. As you might imagine, it’s a task fraught with unexpected outcomes…

The Book Of Trespass by Nick Hayes

Any venture outside these days can feel like a bit of a trespassing, so there’s no better time to explore exactly what this loaded word means. Nick Hayes argues that public access to land is the great social equaliser, weaving in stories of ravers, travellers, witches, walkers and protestors, each of them with their own unique claim to land which, apparently, doesn’t belong to any of us.

We are a bit obsessed with the latest volume from the perennially inventive Yotam Ottolenghi. He has a bit of a reputation for ingredient-guzzling recipes which will have you darting into several more shops than you perhaps intended, but trust us: it is always worth the effort, and this is one of his most accessible collections yet. We’ve already hammered out an encouragingly tasty version of the aubergine dumplings alla Parmigiana, and we’ve got our eyes on the mushroom lasagne…

What they’re reading at Max Minerva’s

This season brings us more newly published books than ever before, says Jessica Paul at Max Minerva’s – the family-owned bookshop on the border of Henleaze and Westbury Park – with over 1,400 books being published in just over a month. Her top picks start with…

Mr Wilder and Me by Jonathan Coe

The Rotters Club and Middle England author is back with a novel that is at once a tender coming-of-age story and an intimate portrait of one of cinema’s most intriguing figures, Billy Wilder. Jonathan Coe turns his gaze on the nature of time and fame, of family and the treacherous lure of nostalgia.

The Silence by Don Delilo

The master of postmodern literature is back in one of our most anticipated novels of the year. It is Super Bowl Sunday in the year 2022. Five people are due to have dinner in an apartment on the east side of Manhattan. The hosts are a retired physics professor and her husband; they are joined by one of her former students and await the arrival of another couple, delayed by what becomes a dramatic flight from Paris. In the apartment, talk ranges widely. The opening kick-off is one commercial away. Then something happens and the digital connections that have transformed our lives are severed. What follows is a dazzling and profoundly moving conversation about what makes us human.

The author of the beloved number-one bestseller The Shepherd’s Life returns with a stirring history of family, loss and the land over three generations on a Lake District farm. James Rebanks was taught by his grandfather to work the land the old way. Their family farm in the Lake District hills was part of an ancient agricultural landscape: a patchwork of crops and meadows, of pastures grazed with livestock, and hedgerows teeming with wildlife. And yet, by the time James inherited the farm, that landscape had profoundly changed. This is a book about what it means to have love and pride in a place, and how, against the odds, it may still be possible to build a new pastoral: not a utopia, but somewhere decent for us all.

The long-awaited return from the author of the multi-million copy bestselling Jonathan Strange & Mr Norrell. Piranesi is a slow burn, literary thriller that will keep you on the edge of suspense right to the very last page.

What’s on the shelves at Bloom and Curll

From his Colston Street store, where Nick Hayes’ new read has also been deemed a hit, Bloom and Curll owner Jason Beech gives us his autumn reading recommendations.

A Field Guide to Getting Lost by Rebecca Solnit

I’ve found, since lockdown, that time has become more mutable. Places seem less concrete. People appear almost translucent. Everything seems a memory that exists only halfway, insubstantially. It’s worrying and, worse, it’s really difficult to find a book that can illuminate these feelings. Rebecca Solnit’s A Field Guide to Getting Lost is in part a balm – a book of tangentially related essays one might wrap around oneself for comfort. Solnit has no cure for modern anxiety; this is not a book of wellbeing, but what I took from it helped me to see more clearly, more empathetically, myself, and the temporary, translucent world we inhabit with more joy than fear.

The Book of Trespass by Nick Hayes

As society slips toward collapse sometime mid-January 2021, as we flee to the forests or hunker in holes dug under the basement, The Book of Trespass by Nick Hayes will at least let you know where best to pitch your tent, and on whose land can you shelter (pretty much no one’s is the answer; that 92% of land is off-limits is just one of the startling facts Hayes offers). A walkers-guide-to-where-you-cannot-walk-but-should-anyway, this, in the most political sense, is a flaneur’s guide to the countryside and one we may all need very soon.

Stuck indoors, staring at the TV as the pandemic figures rise and fall, watching with sad eyes as the foxes in facemasks queue for the bins? Is it all getting too much? Open the window, look up… and out! Seven Brief Lessons is a remarkably slim and poetic volume that contains black holes, the architecture of the cosmos, infinite particles, quantum mechanics, life, the universe and everything in-between. As things on Earth stagnate while simultaneously, somehow, they all fall apart, this exploration of the heavens and its working is a paradoxically joyous perspective on our own insignificance.

On the Black Hill by Bruce Chatwin

Fretting over your Ocado delivery slot or whether you’ll get WiFi once all the 5G towers are aflame? Relax, and read On the Black Hill, a beautiful, understated novel of a time, not so long ago, when modern living meant your mare was shod and advanced technology was the plough. On the Black Hill, twin brothers are born, live out their quiet lives and die, in the same bed of their small farmhouse as the 20th century explodes somewhere just over the hill. There is such warmth and gentle humour, such humanity and love, in this novel, but Chatwin (a complex, nomadic, not altogether sympathetic man) never allows sentimentality to invade the Hill. It remains my favoured burial spot.

A Game of Thrones by George R.R. Martin; Dune by Frank Herbert

Sometimes a book is not enough. Sometimes you need a whole new world to sink into, to swallow you whole. As world-building novels go, it would be hard to beat either A Game of Thrones or Dune. Set respectively in an imaginary past and an apocalyptic future, neither is particularly fantasy or science fiction. The dragons and sandworms are brilliant gargantuan distractions. But the real stories are in the labyrinthian layers of character and politics, the machinations, murders, passions and betrayals, and once you begin (there are five big books in each series!) you may almost need another lockdown.

Previous
The workplace: the times, they are a-changing