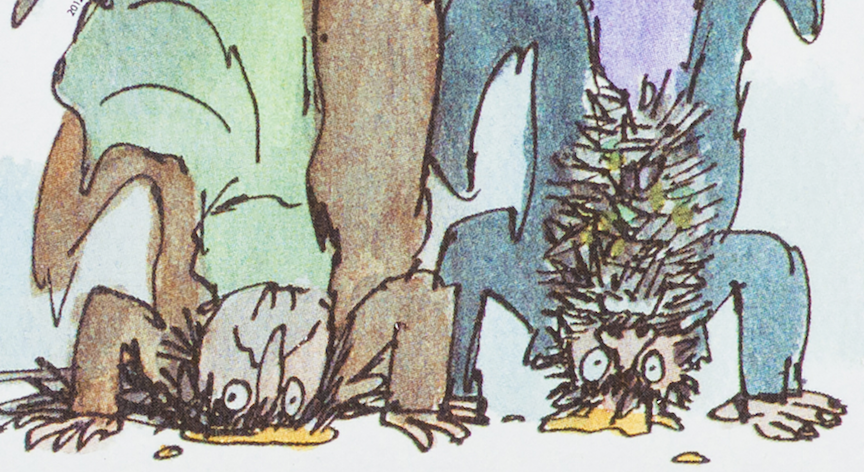 Back to black: the dark & historic art of gallows humour

When in doubt – say, for example, the fabric of society is disintegrating around us – the Brits turn to black comedy every time. Amanda Nicholls looks at the history of the comic form

While some will have the energy to debate whether or not it’s appropriate to post memes and tell jokes about the COVID-19 crisis, let’s be frank: it’s always going to happen in a situation such as this. Even if there was a motion to police it, it’d go underground; you’d have covert craic dealers sought out by those in need of a funny fix – a cheeky titter, a naughty chortle, a gut-busting guffaw of a Friday night. In hushed tones, on shadowy corners, it’d be; “Go on, just a little giggle; I’ve got the cash…”

Of course, there are levels: if you’ve the sense, you read the room, pitch it properly, get the measure of the recipient before taking aim and firing your most savage material in their direction, and not everyone gets it right as well we all know. Social media breeding grounds such as Twitter see users simultaneously passing judgment with lightning speed and blurting out in bad taste, left, right and centre. Sometimes it very much depends purely on whether the gag is being dished out by said scenario sufferer or a bystander – but there is merit in black humour, and a lot of history to it.

Dark comedy is in our DNA and no matter how bad things get, there will always be those who can quickly identify the chucklesome side of it. In fact, sometimes the worse things are, the deeper the belly laugh – maybe it’s to do with a sense of disbelief at less-than-ideal circumstances in which we find ourselves, serving to intensify the kicker. “Either that wallpaper goes or I do,” a destitute Oscar Wilde was reported to have quipped while on his deathbed in dodgy digs way back in 1900.

The name of the comic style comes from the French term humour noir and Surrealist theorist Andre Breton came up with it, in the often miserable days of the 1930s – right in the midst of the Great Depression. As he read the satirical works of writer Jonathan Swift he realised that laughter frequently would arise from a place of cynicism or audience sympathy for a victim trivialising their trials and tribulations. Freud put forward his own theory on it – suggesting that black humour is a utensil of the ego, which likes to insist that it cannot be troubled by any unfortunate turn of events. Later, writers such as Edward Albee and Joseph Heller got on board the black comedy train, and even children’s authors – famously, Roald Dahl – became adopters of the device, making horrific, disgusting or difficult things palatable for the younger generation by portraying them in a comical way. Back in the 1970s, Monty Python’s Life of Brian had a group of crucified criminals cheerfully singing Always Look On The Bright Side of Life; and, as of the late 1990s, divisive cartoon show South Park has delighted in dabbling in our deepest fears  – and made a few accurate societal predictions along the way.

Making questionable quips is a coping mechanism for some and it’s common practice in the general discourse of certain professions – reportedly among police officers and paramedics in particular, as well as firefighters, military folk and funeral directors. Perhaps it acts as a bit of a pressure valve for the everyday difficulties there are to be dealt with, helping to stop a spiral into self-pity or the all-too-serious, as well as providing an aid to help process events, and a moment of escape. The appendage to the phrase; “You’ve got to laugh, haven’t you?” is, of course, “Or else you’ll cry.” Wisecracks and witticisms can make for morale boosters, tools for solidarity, we’re-all-in-this-togethers; and when it comes to the oppressed, it can be used to show the oppressor that they can not be beaten down.

Studies have shown that it’s a sign of intelligence to appreciate dark humour. 2017 research published in the journal Cognitive Processing concluded that these people “may have higher IQs, show lower aggression, and resist negative feelings more effectively than people who turn up their noses at it.” So, as well as offering amusement, helping us make light of subject matter considered taboo or too painful to talk about, and provoking serious thought or necessary discomfort that can then be translated into positive action, it makes us clever beans too.

Image: Roald Dahl’s The Twits deals with all sorts of dark themes; the author made them more palatable for his young audience by presenting them in a comical way