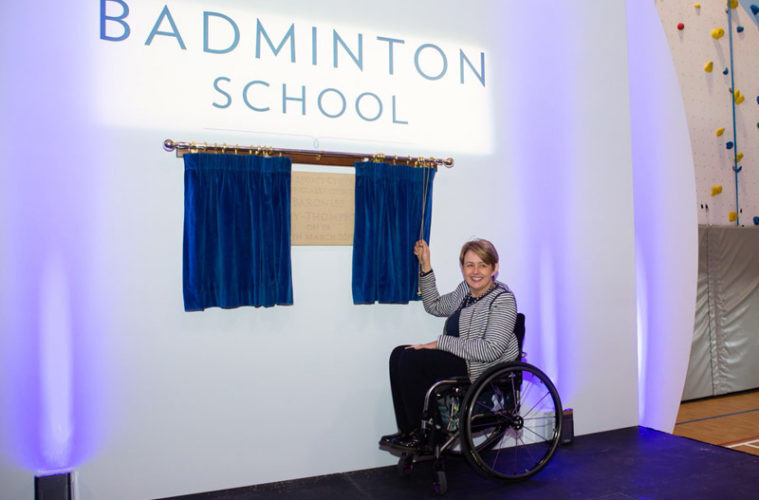 The Badminton School Sports Centre opened in September 2018, which cost an estimated £4million to build, and has already had a transformative impact on sport in school. More girls are playing more sports than ever before, and the centre allows the school to play a greater part in the Bristol community.

Tanni gave an inspirational speech during the opening, telling pupils: “Aim high, find something you love doing and work hard.”

Tanni’s first Paralympics was Seoul in 1988, where she won a bronze medal in the 400m. Over her career, she broke 30 World Records on the track.