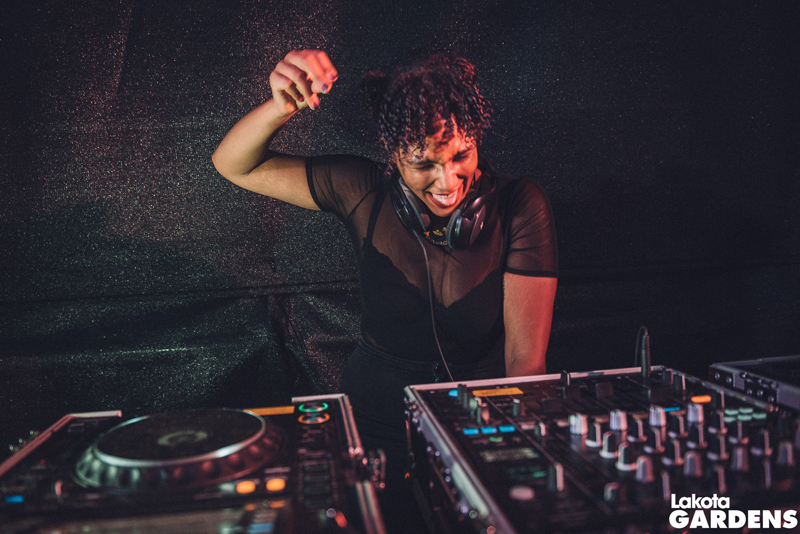 Because the night… belongs to Bristol

Marti Burgess, lawyer and partner at Bevan Brittan, owner of Lakota, and member of The Society of Merchant Venturers, talks Bristol in a Box – a new project intended to help prop up the evening economy while restrictions are in place

Bristolians don’t just stand about during a crisis, as evidenced by the myriad folk who have come to the aid of the community during the 2020 pandemic, in myriad ways. This trait is threaded through our history – just look at the actions of some city residents during the Blitz. Economically, the city is facing massive challenges – the likes of which it has never seen before, with certain sectors worse hit than others. Nightlife, beyond socially distanced dinners here and there, or a few drinks on the cobbles, has felt almost non-existent – there is certainly no blowing off steam while throwing shapes on a club dancefloor. Steam sharing is officially frowned upon. But there are those in the city who are thinking hard of ways to help this sector survive. Enter, Marti Burgess.

TBM: Tell us a little about the multifaceted project you are working on to help Bristolians continue to experience the city’s night scene.

Bristol @ Night, which I chair alongside Councillor Beech, was set up to support the night-time economy and ensure that developers coming to the city or involved in revitalisation of the city centre understood how important our night-time economy is to the city’s identity as a vibrant place where creatives flourish. We also were seeking to ensure that the NTE [night-time economy] had a voice when big decisions were being taken around things like changes to the licensing policies. The pandemic has been an unexpected shock to our system and has meant that we had to immediately focus our attention on supporting the night-time economy and ensuring that those working within it were able to access the support available and then understand the new legislation on opening up. Bristol Nights, which we are launching with the help of Mel Rodrigues [creative producer and founder of Gritty Pearl Productions which specialises in grassroots and multiplatform events and content] is an extension of that. We took part in the Bristol Business Festival where we shared some stories from operators who have opened up, or who are still closed, about how they are doing. Bristol in a Box, which will be launched soon, will be promoting the activities of the great bars, repurposed venues and restaurants that have opened up.

How are night-time businesses coping, from where you stand?

It is a really tough time and many will not survive. Some who are fortunate enough to be able to repurpose their spaces might just get through and those fortunate to get something out of the cultural recovery fund will also be given a lifeline, however I do not think the scene will ever be the same again and we might not only lose venues but musicians, and some of the great freelancers behind the scenes, who work on lighting, sound and decor, may just move into different industries. It’s really sad to see.

What is the broader vision for getting the night scene back on its feet?

Bristol is a city full of innovative people and that creativity is not just going to disappear. I know and trust us enough to be confident that as soon as we are able, the scene will bounce back and all that latent creativity will be unleashed. Our job at Bristol @ Night will be to support those working in the NTE and ensure that new ideas don’t get caught up in red tape and provide access to those within the local authority that can help those ideas come to fruition. We are working on a mapping and data exercise about the size and value of our NTE which will hopefully embed a strategy to support it in our local authority’s policies for licensing, economic recovery and planning.

What innovative measures or creative Covid responses have you seen?

Loads of stuff has happened which is just brilliant; simple things like restaurants such as Little French and Bakers & Co surviving by becoming shops. The Food Union idea of paying restaurant owners to supply food for NHS staff working through the height of the pandemic. Box-E and all of their staff packing food boxes. Loads of great content being streamed online so people could try to have nightclub experiences at home. I loved that places were delivering cocktail mixes to people’s houses. The online St Pauls Carnival actually managed to have that carnival feel which was brilliant. The Arts Channel delivering great content such as theatre and live music online was also groundbreaking.

Have those with entertainment businesses experienced any highs as well as lows – coming together to work towards common goals?

Absolutely, it is amazing how the scene has come together. Breaking Bread is a great example of that; two Stokes Croft bars, a Michelin-star chef, one of Bristol’s great independent restaurant chains and a dance music festival coming together and starting a new multi-purpose event space on the Downs has been excellent but you would not have automatically imagined that happening before the pandemic. Also the work done by organisations such as Barbie and the Food Union to support their respective sectors has been really impressive and shows what happens when you come together. It is great when you see a call out for help from an operator on the Barbie platform and the amount of other operators jumping in to help them.

Who is your local night-time economy hero?

I know everyone likes to knock the council but Jason Thorne, the officer who works for the council on Bristol @ Night, has been absolutely brilliant in making sure as many operators as possible know what support is out there for the sector and signposting them to his other colleagues who can help with things like licensing, pedestrianisation and using spaces outside their venues. Jason is one of those unsung heroes just getting on with his job but actually really making a difference.

What did you speak about at the first virtual Bristol Business Festival?

The work of Bristol @ Night and what we are doing to support the NTE; also Lakota and the launching of Lakota Gardens. Hopefully people will understand that we are doing what we can to support the sector and the steps we have taken to engage the mayor, our local MPs and WECA [the West of England Combined Authority] to lobby the government for additional support.

How has it been to be part of the Merchant Venturers organisation?

It has been an interesting few months, having joined at a time when contested histories are making the news throughout the world. Bristol is right at the epicentre of this conversation and I am pleased to be involved.

How is the open-air events space at Lakota working out?

It has been a real pleasure to do something different with our space. We have definitely put on a more eclectic mix of shows than we normally do inside the venue. We have done sit-down raves with some great DJs such as Eats Everything and Skream, jazz ensembles, comedy performances with local acts like Mark Olver but also household names like Russell Howard, and live music. It has been fun to do and, to be honest, as a former raver with bad knees, it has resulted in me going to my own venue more than ever before. For all the positives, though, it is not the same as running a 2,000-capacity venue and we have had to completely change our business model to survive. Luckily the team who work for us love challenges and have really gone for it and have made no compromises on the quality of the shows.