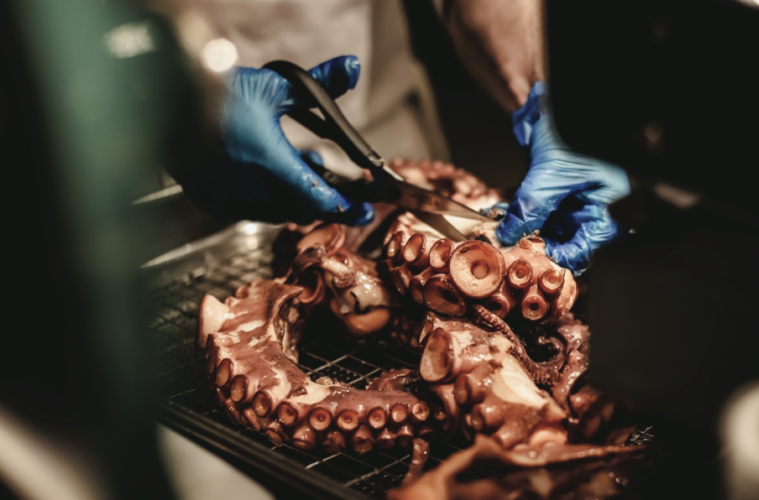 It’s been another brilliant 12 months for Bristol food. Melissa Blease catches up with some of those who’ve been blessed with the highest star-spangled approbation

The Michelin Guide – for which over 120 inspectors eat around 250 meals every year in over 40,000 restaurants and hotels scattered across three continents – is the indisputable upper-crust foodie bible, responsible for the star ratings and awards that can make (or break) the fortunes of the chefs working in the hottest kitchens in Europe.

In last year’s announcements for the 2018-19 guide, Bristol’s food scene was elevated to stellar heights when both Bulrush and Paco Tapas were recipients of their first Michelin star. Meanwhile Casamia, Wilks and The Pony & Trap (which has held Michelin status for 11 years in Chew Magna) once more retained their one-star status, confirming Bristol as one of the UK’s foremost dining destinations. “With Casamia, we knew we had a Michelin inspector visiting us but we didn’t think it was going to happen,” says Peter Sanchez-Iglesias, looking back to when his restaurant was first awarded its star. “Jonray ran into the kitchen and let me read the ‘congratulations’ email; we were blown away. It was the pat on the back that we needed – we knew then that we were on the right track. We were struggling to pay bills and the response from the star really helped the business and transformed the restaurant, not only for that period of time but also for the future.”

As for much younger project Paco Tapas… “When the announcement was made, I was like: WTF?” says Peter. “I couldn’t believe a tapas bar in Bristol had got a Michelin star! We thought; d’you know what, we might actually be getting this right! Paco is special, and challenges what a Michelin star restaurant has to be; it’s just incredible food and incredible produce.”
Peter acknowledges that his awards have impacted on the food scene around him, too. “Michelin is so highly regarded around the world, and having the guide officially sanction the food scene in Bristol shows just how powerful that scene is. Showcasing what’s going on in the city brings Bristol into the category of food destination – people travel to dine here; it’s undoubtedly a big part of why they come.”

Pony & Trap Michelin-starred chef/owner Josh Eggleton readily agrees on the positive impact of Michelin’s endorsement of Bristol. “I honestly believe that, outside of London, Bristol is the food capital of the UK,” he says. “Michelin has been an intrinsic factor in helping the city gain that recognition. On a personal level, Michelin connects you to a lovely network of other chefs – of course, you don’t need a star for that, but it helps. Michelin offers a platform like no other, and brings people who really appreciate what you’re doing to your door in a way that no other accolade does. It also puts you under a microscope, laid bare to receiving additional criticism and scrutiny, and you’ll always feel the pressure to maintain a star once you’ve been awarded one. But the other side to that coin is that it keeps you fresh, and on your toes, which is never a drawback.”

Foodies in the know – including, of course, many of the city’s residents – have predicted Bristol’s star-spangled approbation for quite some time. “If there’s any real surprise in Bulrush getting its first Michelin star, it’s simply the fact it didn’t get one sooner,” said Bristol food critic Mark Taylor when the announcement was first made. Similarly, Paco Tapas was hotly tipped for Michelin recognition just weeks after it first opened in 2017.

But it’s worth highlighting, at this juncture, that there’s far more to Michelin than those illustrious stars. Since 1997, Michelin has selected and promoted ‘good quality, good value restaurants’ using the Bib Gourmand award. The price limit for Bib consideration varies from country to country, depending on the cost of living – “but the Bib Gourmand is about much, much more than value for money,” says Rebecca Burr, director of the Michelin Guide Great Britain & Ireland. “It’s about the very ethos and philosophy of a restaurant, too.” In the 2018/19 Michelin Guide, Bell’s Diner (Montpelier) Tare, and Root (both of the latter to be found within the Wapping Wharf food zone) are among the proud West-Country Bib Gourmand recipients.

“We had no idea at all that the Bib Gourmand news was in the pipeline for us,” says Meg Oakley, manager of Root – which is a member of Josh Eggleton and local farmer Luke Hasell’s Eat Drink Bristol Fashion ‘family’. “We’re a small, independent restaurant housed in a shipping container, and we’d never specifically been working towards any kind of Michelin/Bib Gourmand ‘brief’ – our only target was to create a restaurant that people would enjoy.

“The Bib is a great recognition for the team’s hard work and it’ll definitely help us grow as a business while staying true to our identity and our aim, which is to create simple and delicious dishes using the best local ingredients and produce available to us. But Bristol has got such a good name for itself for the quality of the restaurants in the city, and it’s great to be part of that!”

And indeed, Root has been very much part of that scene since it first opened its doors in 2017; its early reputation further bolstered by very positive reviews in the national press. The Bristol food scene is, it seems, positively buzzing.

“We love being part of it; all the chefs, owners and industry workers are so supportive of each other, which creates a great climate for new restaurants and aspiring chefs,” says Matt Hampshire, chef/owner of stylish little Wapping Wharf eatery, Tare. “It was a great honour to be awarded a Bib Gourmand and have our restaurant recognised by such a respected organisation – it’s always great to see hard work pay off. Since receiving the Bib, we’ve actually reverted back to our original format of a four-course set menu which has taken us over the £28 Bib threshold. But our aim is, was and always will be to cook great food and give a welcoming service to everyone; when customers leave happy, maintain repeat custom and share fantastic word-of-mouth recommendations, that means a lot to us.”
Ah, yes: word-of-mouth – the other driving force that steers restaurant success. In these social media-dominated days, trusted reviews and peer recommendations dictate our eating out choices as much as – or possibly even more – than awards do.

“You can’t underestimate the power of a good review,” says Tessa Lidstone, whose bijou little restaurant BOX-E – which she runs in partnership with her husband Elliott – was one of the first to open at Wapping Wharf back in 2016. “When Jay Rayner’s review was published in The Guardian in 2017, I literally watched reservation requests scroll up the computer screen; we still get people coming in and referencing that review.”

Glowing reports from trusted critics including food and drink journalist Fiona Beckett and The Michelin Guide itself have all added to the chorus of BOX-E approval. “I’m delighted that Bristol is having its day, for our local food scene in general,” says Tessa. “I was born and grew up in Bristol and for a while – with a few notable exceptions – the city’s food scene had the opposite reputation. I remember the excitement when Peter and Jonray Sanchez-Iglesias got their first Michelin star for Casamia; for our generation, it marked the start of a new wave of creative cooking for Bristol, and it’s an honour to be part of the food scene here.”

But are Tessa and Elliott aiming for the stars in terms of future developments at BOX-E? “Having our shiny Michelin recommendations screwed to the restaurant’s corrugated walls outside always makes me smile. But having everyone – not just the inspectors or the food critics – leave happy is our overall aim. Our menu is all about letting great ingredients shine, and we plan to just keep on doing what we’re doing – we’re very happy in our lovely little box!”