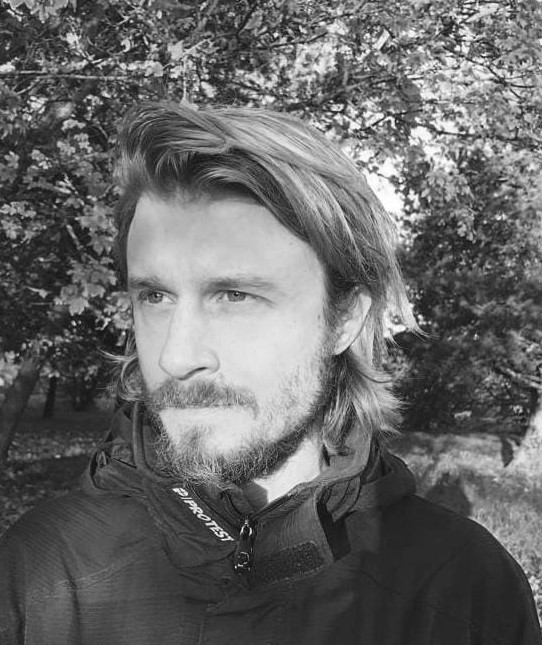 Beyond meat: in conversation with Rob Percival

Bristol author Rob Percival is set to speak at the Bath Festival on 14 May about his powerful new book, The Meat Paradox. Ahead of his appearance, we sat down with the expert in meat politics to unpick humanity’s conflicted relationship with eating animals…

A survey from January 2021 found that 85 per cent of the British public wanted an urgent ban on all factory farming. Yet, due to the unprecedented demand for meat, 95 per cent of all British chicken reared for meat is still produced in 200 industrial units situated around the country. It is fair to wonder how many of those people voted for the closure of intensive farming while tucking into a chicken sandwich? We will never know exactly. What we do know, however, is that our relationship with meat is emotionally and ethically complicated.

The majority of us, of course, care for animals. We don’t want to see or hear about the unnecessary suffering of cows and their calves, sheep and their lambs, deer and their fawns, yet we don’t think twice about picking a pack of marinated fillets from the supermarket shelves. This common form of moral conflict is known as the meat paradox – a term coined by Australian psychologists Brock Bastian and Steve Loughnan and a theory that author Rob Percival has placed at the centre of his new book of the same name.

Head of Policy at the Soil Association, a leading Bristol-based charity campaigning for healthy and sustainable food and farming, Percival is an expert in meat politics. He spends his days advocating for a better, more nature-friendly way of producing food, lobbying policymakers in Westminster and leading public-facing campaigns to drive change.

Over recent years, the debate around whether we should eat meat has become polarised and divisive. The surge in popularity for veganism in the UK, Europe and North America has challenged the cultural narratives that sustain our omnivory. Both sides of the debate, however, have formed irrational biases. Throughout The Meat Paradox, Percival successfully identifies and picks apart the claims that have emerged. For instance, he debunks the myth that a vegan diet is a natural human diet. Backed by research, he explains that our species has been eating meat for almost two million years. By the same token, he strongly states that we must put an end to intensive factory farming, which is not only causing great suffering to the animals involved but is exacerbating the climate crisis.

Taking us on a personal journey through farms, slaughterhouses and off into the Amazon, Percival explores a dimension of the debate that has been left relatively untouched up until now. Delving into Bastian and Loughnan’s psychological research, he trawls back through human history, searching for moments which may explain why our relationship with meat is so dysfunctional.

“What was interesting [about speaking to people on both sides of the debate] was coming to understand the cognitive dynamics, the psychological forces which are animating some of this debate,” says Percival. “It’s often not the case that people are being deliberately dishonest, but when those of us who eat meat, eat meat, it creates this set of dissonant emotions, which shape our thought perception. Beneath the surface of conscious thought, our attitudes and beliefs are shaped beyond our view, often in ways that are quite surprising. Similarly, at the other end of the spectrum, once you’re committed to this ethical cause, it can be very easy to start to remould the evidence around it to the point where meat becomes toxic waste.”

Arguably one of the most illuminating passages in The Meat Paradox is Percival’s examination of the hunter-gatherer societies, looking at the ways in which they come to terms with eating meat through a series of rites and rituals. He studies tribes living in the Amazon and investigates their complex cultural narrative. Specifically, Percival follows the Tucano people – a group of Indigenous South Americans in the north-western Amazon. They believe that for every animal that is killed, a human soul must be given in return, to be reborn in the prey species. If a member of the society has mistreated an animal or consumed more meat than they need, they are given over. What is most striking about Percival’s examination, is that a sense of respect for the animal remains very much a focus in the tribe’s society; one that is non-existent in ours due to the presence of the modern meat industry.

Taking us on a personal journey through farms, slaughterhouses and off into the Amazon, Percival explores a dimension of the debate that has been left relatively untouched up until now

A particularly fascinating conversation that follows this passage is with the head of food quality assurance for KFC UK & Ireland, Charles Way. He speaks at length about the welfare standards of chickens supplied to KFC, which he describes as higher than those on an average chicken farm. Returning to the Tucano’s belief system, Percival asks Way whether he would prefer to be reborn as a chicken in the KFC supply chain rather than a chicken farm. His answer was telling: “No… because it wouldn’t make a world of difference.” In essence, the life of a chicken in the meat industry is not one that gives anyone pause for thought.

“Charles was very open about what KFC was doing and what they’re about,” says Percival. “In some ways, they are not the worst player on the scene, but my mind throughout the conversation was on a slight parallel track, thinking about the narrative from the Tucano tribe. KFC embodies the opposite, the mindless consumption and the needless suffering inflicted upon so many chickens.”

In light of this, we ask: can we recalibrate our relationship with meat? Percival says we have no choice but to fix it. “The narrative that we tell about meat doesn’t really place any meaningful curbs on our consumption. It doesn’t tell us that animals might be morally significant persons and it doesn’t help us understand why it can be distressing when we think about killing animals. We are not going to get through the next few decades if we continue to farm and eat as we do today. It is causing enormous harm and there is a real urgent need in the context of the climate crisis and the nature crisis to reorient our whole relationship with food, and animal foods in particular. The book doesn’t nail down a concrete set of solutions but it does hopefully help the reader understand some of the psychological complexity of the challenge and where they sit in relation to these tensions.”

Throughout The Meat Paradox, Percival repeatedly returns to the image of a 40,000-year-old statue, which he describes as “the expression of the meat paradox in its earliest form.” Housed in the Natural History Museum, the statue is carved from a mammoth’s tusk and depicts the head of a lion on a human body. Percival became fascinated by the figure. “I grew curious as to how far back in time our conflicted relationship with meat reached,” he says. “We’ve been eating animals for around two million years and for most of that we were much like any other animal. But at some point, it became complicated. We started to feel a sense of moral anxiety or ethical distress. We started to empathise with the animals that we consumed, which is quite peculiar in an evolutionary context – we don’t know of any other predatory animal that does that. The earliest material evidence for this shift in our relationship occurs at least 40,000 years ago. I point towards the emergence of art and carvings, which are focused on animals as some of the earliest evidence. The Lion Man is the earliest figurative sculpture in the archaeological records, among the very first works of art. The figure becomes almost the embodiment of this cognitive shift, which I trace back to this point which lies at the root of this modern meat debate.”

Ultimately, when it comes to meat production and consumption, Percival’s message is clear: we are at breaking point. “By biomass, 96% of mammals on the planet are humans and farm animals, 4% are wild,” Percival explains. “What’s more, 70% of all birds on the planet are chickens reared in industrial systems. This has all happened in the last 50 years. The wild animal populations have declined by two thirds in the last 50 years while the farm animal population has tripled.”

In this fascinating must-read for anyone interested in understanding and addressing exactly why morally troublesome behaviours vanish into the commonplace and every day, Percival grippingly guides the reader through the psychological complexity of our challenges, finding a middle ground in the debate and helping people decide where they may sit in the midst of it all.

The Meat Paradox by Rob Percival is available to buy at all good bookstores. For more information about the Bath Festival’s line up, visit: bathfestivals.org.uk

Previous
Pitch Up And Play