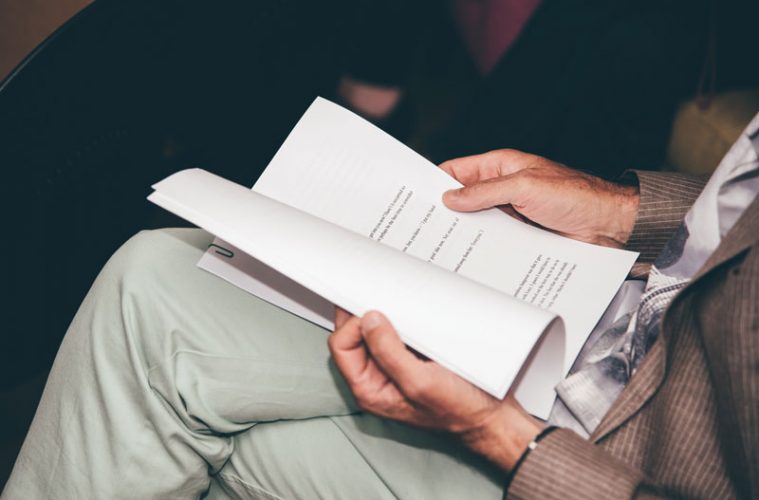 Bristol Festival of Literature offers a chance to discover different sides to the city, with cool, cultural happenings unfurling in caves, cafes, cemeteries and more. But what makes Bristol such a literary hotspot? Words by Judy Darley

From Angela Carter to JK Rowling and Bob Hope to Stephen Merchant, Bristol has more than its fair share of literary offspring. Okay, so JK actually hailed from neighbouring Yate, and Bob Hope only lived here from 1906 to 1908, but it can’t be denied that the city’s laidback, open-minded attitude is uniquely suited to those of us with creative inclinations.

This is the city that spawned a new generation of street artists and draws countless spray-can enthusiasts to the internationally renowned Upfest, while yarn stormers liven up bus stops and hook painstaking replicas of our urban landmarks.

Our heritage as merchants and sailors may have something to do with this enduring idea-fuelling curiosity. It certainly led to Daniel Defoe writing Robinson Crusoe after chatting to former castaway Alexander Selkirk over a pint or two. Gulliver’s Travels by Jonathan Swift and Treasure Island by Robert Louis Stevenson are among the other seafaring tales rooted in Bristol’s past.

Quite simply, we Bristolians are no strangers to dreaming big, and pursuing these dreams, which contributes to this being such a cheerful and playful West Country wonderland. Even the brightly coloured houses in Hotwells and Totterdown demonstrate our urge to brighten up the world.

On the literary side, there’s also the factor of the University of Bristol’s impressive alumni, who include bestselling author Rachel Joyce, who wrote The Unlikely Pilgrimage of Harold Fry, One Day author David Nicholls, and Julia Donaldson, creator of the immensely successful Gruffalo series. David Walliams and Matt Lucas both studied at the university, as did playwrights Mark Ravenhill and Sarah Cane. Catherine Johnson, playwright of sun-drenched musical extravaganza Mamma Mia, began writing for Bristol Old Vic as an unemployed single mum living in Bristol. And who says fairytales aren’t real? The grassroots nature of our literary festival reflects the can-do attitude of our homegrown talent, with the whole shebang run by volunteers with a passion for reading, writing and the powers of the imagination. There’s an air of excitement about the whole thing, as organisers and audiences alike come out to be inspired, to pick up new skills or for the chance to sit back and let new and original fiction pour into their minds. With local restaurant Flow getting involved, and many of the events making use of Bristol’s more eccentric and unlikely settings (Redcliffe Caves, anyone?), this is a literary festival for all the senses.

So, sit back, breathe in and allow yourself to be swept away…

Whether you’re a writer, reader, listener, or simply curious, there is plenty to feed your literary appetite, including…

The Flash Slam, 20 October, 7pm, 51 Stokes Croft
This hotly anticipated event offers up a night of bite-sized tales delivered by members of Bristol’s many writing groups. With the winning team selected according to applause, this is very much a participatory event. Award-winning comedian Angie Belcher comperes. “I’m looking forward to hearing the weird and wonderful stories coming from the minds of the Bristol writing community,” she says. “It’s a great gig as the audience always gets on board with the ethos of the festival, that of support and encouragement for all writers. It’s also a right laugh!”

Tangent Book Fair, 21 October, 1pm, The Space, People’s Republic of Stokes Croft
This is the perfect spot for anyone who loves to spend their spare time with their nose in a book. You’ll have the chance to browse titles from Tangent Books, Bristol Books, Fiducia and Bristol Radical History Group. Listen out for readings, and take the chance to chat to authors and have your new books signed. Though the event is free, book lovers are likely to come home lighter in wallet. You have been warned.

Literary Dinners in collaboration with Flow restaurant, various dates; prices from £25
The festival has teamed up with the acclaimed restaurant Flow for a series of dinners and cream teas, including My Artichoke Heart: An Evening of Food and Verse on 26 October, and Blogging for Writers with content coach and author Amy Morse on 27 October. “Natural storytellers are often natural marketers, and don’t even know it,” says Amy. “I want to help other writers to realise the power and potential in their words, and of course, their need for afternoon tea!”