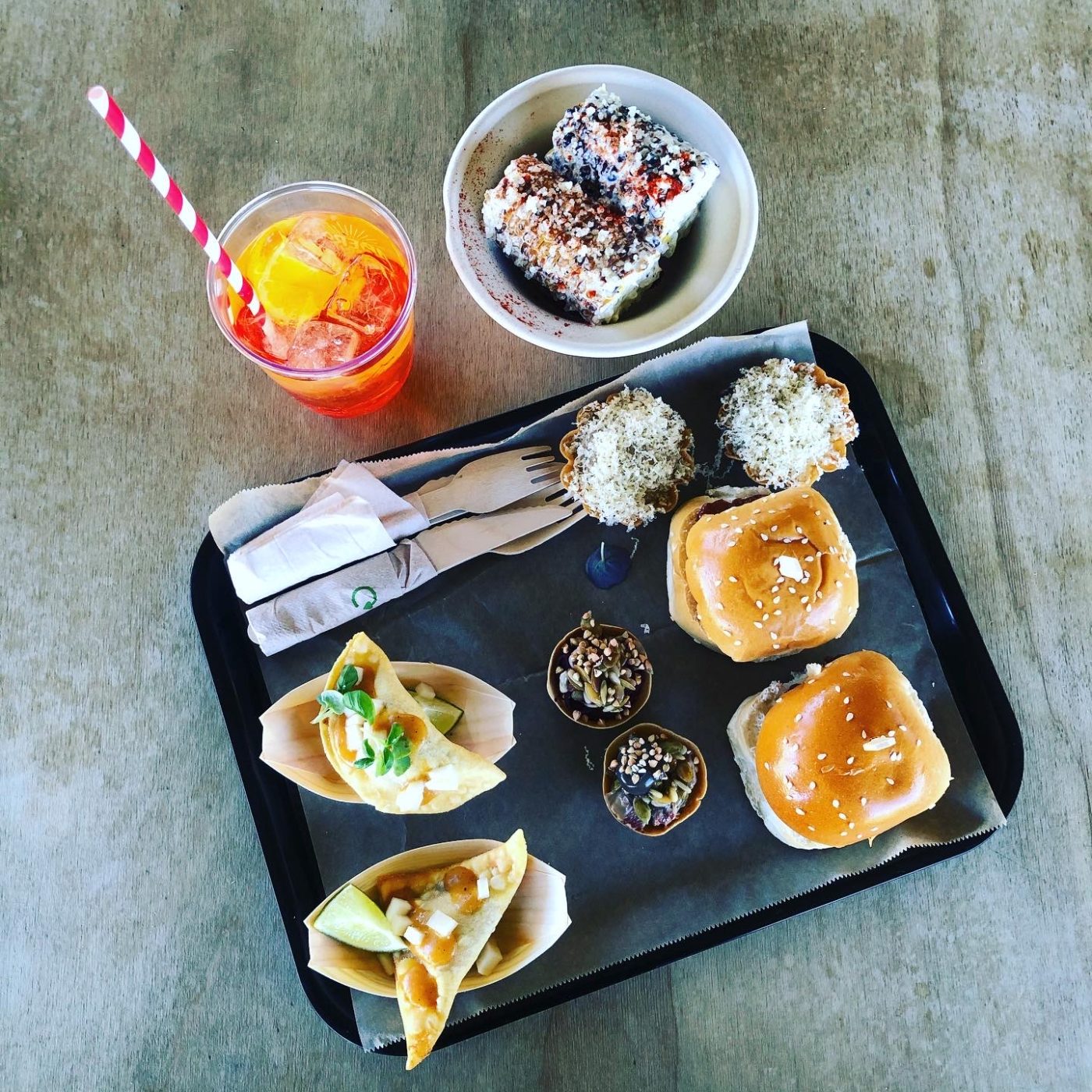 The chef and events pro supergroup that helped salvage summer are continuing their run into autumn – so put down the marigolds, dress up warm and get over to the pop-up tipi village on the Downs, stat

Thinking on their feet when government rules saw eateries forced to cut their covers and capacity for fine Bristolian hospitality in half, the team behind Breaking Bread were quick to dig out the old tent pegs and set up an undercover, yet naturally well-ventilated socially distanced drinking and dining space on the Downs in Clifton – offering a safe, viable, delicious way to celebrate special occasions, or just a midweek escape from the endless humdrum cycle of washing up, during the strangest of summers.

Yes, Josh Eggleton of The Pony & Trap had experience putting together similar big-top events – namely Eat Drink Bristol Fashion on Queen Square – but that made the speed with which the stellar outfit were able to begin serving up some much-needed idiosyncratic Bristol spirit no less impressive. Counting in cousins Dominic Borel, Ben Harvey and Joe Harvey of Pasta Loco and Pasta Ripiena, and the gang at Stokes Croft good-times gaffs The Love Inn and The Pipe & Slippers – all glued together by proudly Bristolian independent festival and event producer Team Love – Breaking Bread, with festival vibes and musical and comedic entertainment to match a fantastic calibre of food, became the hot booking, with tables snapped up sharpish.

It’s been such a success that the guys have decided to make the necessary adjustments – largely to heating and seating provisions – to continue the run into autumn, although the Downs does seem to have its own microclimate even during the height of summer so you’ll still want to bring something warm to wear when you visit, in anticipation of a bracing breeze.

When pop-up pub garden The Pipe & Lovers announced that it would be extending its run into and throughout October with a series of one-off weekend kitchen collaborations, we went along to sample a few Sunday Session delights.

While pre-Covid, the more common worry might be that one wouldn’t be hot enough to enter the coolest new joint in town, now it’s very much the opposite. Happily – temperatures checked at the door – we were deemed only pleasingly tepid and shown to our seats, sashaying along in the early autumn sunshine.

Priced at £17.50, this Sunday Sessions menu featured myriad bite-size treats. The Pony and Trap’s beautifully balanced little mackerel and cuttlefish slider saw toothsome seafood given a tart and tasty twist by the sour gooseberry chutney it was sandwiched with – there was also a falafel version for veggies – while curried goat ravioli came courtesy of Ben Harvey of Pasta Loco which could be swapped for sweet potato ravioli with mango chutney. The stand-out eat had to be Casamia’s Mexican corn, reimagined by Peter Sanchez-Iglesias – gently piquant, the spiced South American-inspired creation was tempered by the ambrosial sauce it was lightly slathered in. Jan Ostle of Wilsons contributed a smooth, diminutive mushroom tart featuring mushroom puree in the lightest of pastry, while Jamie Randle of Adelina Yard, on Welshback, had put in a finely balanced sweet-salty venison tartare with truffle, as well as a meat-free alternative of goat’s cheese and beetroot tart with lipsmacking nuttiness.

Book now, before the Downs gets too Baltic to support life forms even with all the patio heaters in B&Q.

Next
The workplace: the times, they are a-changing
Start typing to see results or hit ESC to close
bristol gender film tv history
See all results