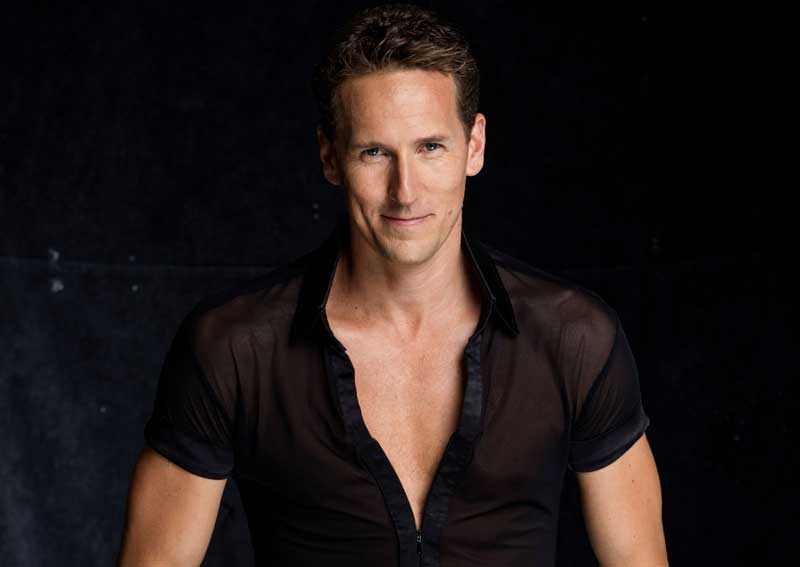 Brendan Cole: Dancing to his own tune

Love him or hate him, Brendan Cole’s outspoken nature has got him far. Melissa Blease meets the Marmite man ahead of his Bristol show in March

If we were to compare the most popular Strictly Come Dancing professionals to our favourite traditional British food (bear with me here, please) then Anton Du Beke is Angel Delight, Kevin Clifton is fish and chips and Brendan Cole is Marmite: tantalisingly controversial; adored and denounced in equal measure.

Brendan is as unafraid of fighting back when the judges get snarky as he is of “illegal” lifts, putting the tease into the tango, the wonder into the waltz and the sensuality into the salsa as he dances his away up and down the leaderboard with grace, attitude and style. And very soon, the ‘bad boy of Strictly’ will cha-cha-cha his way to Bristol with his very own, brand new show All Night Long.

Born in Christchurch, New Zealand in 1976, Brendan has been a Strictly stalwart since the very first series back in 2004, when he and his first dance partner, Natasha Kaplinsky, waltzed off with the original glitterball trophy. In pre-Strictly days, his career was based in the professional ballroom and Latin American dance scene (he was ranked within the top 12 professional dancers in the world) and his dream of becoming world champion was always his goal.

But when the BBC approached him to participate in the dance-based series we know and love so much today, he took a very different route altogether; today, he and Anton Du Beke are the only two professional Strictly dancers to have competed in every series since it first began. 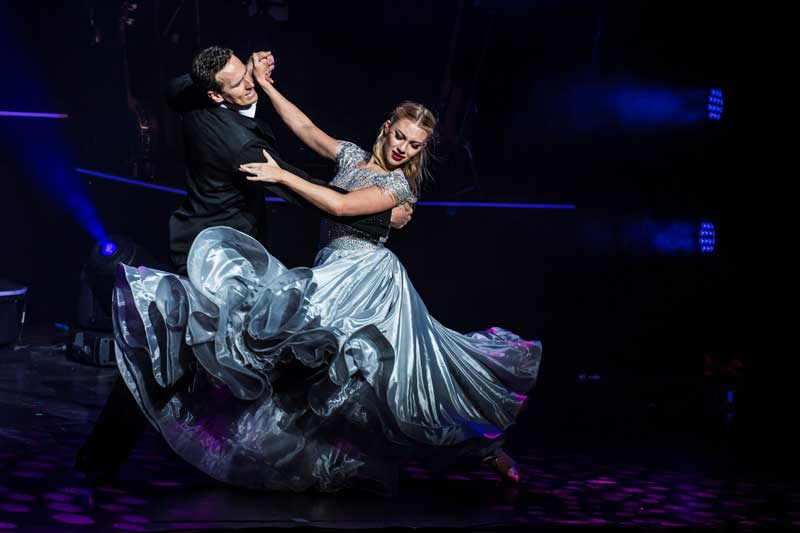 And yet Brendan isn’t the kind of guy to put his dancing shoes away in a box in between series – far from it; his new live show follows on from his previous three, hugely successful, stage shows Live & Unjudged, Licence to Thrill and A Night to Remember, and marks his ninth nationwide tour of the UK.

Does he ever take a break? Apparently not. “I love what I do, and in work terms, I’m a bit of a lunatic,” he says. “I don’t like sitting still for a second. I love being busy, I love pressure and I have a very strong desire to succeed in everything I do. Having said that, although I don’t need that much time off for myself, family is my main priority; my daughter turned five on Christmas Day, and every moment I spend with her and my wife Zoe is very special to me, so I work very hard to make that time happen too.”

Meanwhile, he’s certainly been working hard on putting this year’s tour together as well. “You can expect a full-on night of entertainment from All Night Long,” he says, with so much confidence that I can almost feel the rhythm of the night warming my winter-chilled bones as he speaks.

“There will, of course, be everything people know and love from Strictly in the mix, because Strictly has a unique magic about it, and I’ve aimed to recreate that magic on stage. But there’s a little bit more of something for everybody in it, and there’s an emotional side to it, too.

“For me, dancing is very emotional. While I’ve put together a big show that goes at 100 miles an hour for two hours, I like to take people’s feelings on a rollercoaster as well: one minute you’ll be up partying and dancing in the aisles, the next you’ll be stunned by something really beautiful. You most definitely will not be seeing the same type of dances over and over again!”

But if Brendan could choose just one dance to do over and over again, he has a clear favourite. “The waltz has an emotional edge that really connects with a live audience, and the waltz we do in the show is a really powerful piece of theatre. We’ve chosen a Michael Bublé track called At This Moment to accompany it, and it tells the story of an affair. The waltz is usually a love story: romantic, and poetic. But because of the story behind ours, there’s an edge in the mix too.

“I can feel the audience coming on the journey of the story with me as I dance, and by the time it’s finished, we’ve all been carried off somewhere else, watching a tale unfold before our eyes,” he says. 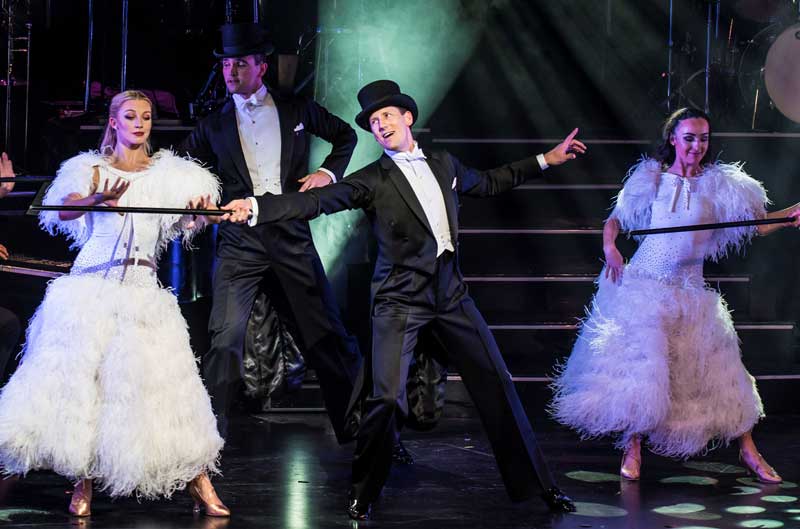 “The high energy moments are really special as well, though – we do an extremely passionate Argentinian tango, and a dramatic, forceful paso doble that literally brings flames to the stage. Every dance takes the audience in a different direction – but yes, I love the waltz.”

While it might be easy to think that busy Brendan hasn’t got much time to reflect on his own personal journey to becoming the hugely successful dancer that he is today, his dancing feet remain very firmly on the ground when it comes to considering how the next generation might follow in his path.

Dancing from the age of six, he says he wasn’t so much bullied during his school years but certainly teased on occasion, which fuelled his feisty nature and pushed him to be the best he could be at everything he did.

“Every situation is very different for every child, and the fulfilment of early ambitions depends so much on opportunities, inspiration, support and ambition,” he says. “If a young boy gets a bit of stick from his mates for wanting to dance, then take that stick and use it to drive yourself to be even better at what you’re doing – that’s exactly what I did.

“I’m not saying it was easy, but as you’ll know from Strictly, if somebody tells me I can’t do something, I do it. I’m aware that not everyone’s as bloody-minded as I am, and whatever age you are, negative people will always try and get to you. But with the right energy around you, those people disappear eventually. It’s hard at the time, but what doesn’t kill you makes you stronger. Do what you want to do because you want to do it.”

If such a philosophy makes Brendan sound like a very determined man with a plan, he begs to differ. “Haha, I wish I had a bloody plan!” he laughs. “I just work with what life gives me, but I work incredibly hard too – and I certainly don’t plan to stop any time soon.”

And what about all those rumours at the end of the most recent Strictly series – was that last speech really a farewell to all that? “They were comments I made about ending that particular series,” he firmly proclaims. “Every year I’m contracted by Strictly Come Dancing. If they want me back – which I hope they do – and if I want to be back, which I hope I do, then I’ll be back, being a pain in the arse to everybody, next year. I love being part of one one of the biggest shows in TV history. I have my own touring theatre production. I have a wonderful family, and a wonderfully interesting life. Nothing lasts forever, but I’ll just keep going the way I do for as long as I can.”

And all around the UK this spring, Brendan will be doing it the way he does, all night long.

Previous
Gardening: Say it with flowers