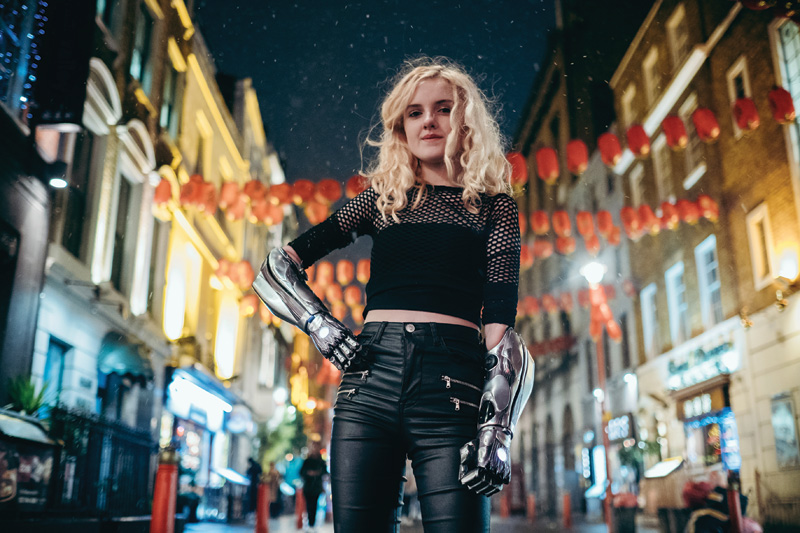 Bristol: A hotbed of healthtech

Bristol is a real hub for the development of technology for healthcare. From a Braille version of the Kindle to leading-edge 3D-printed artificial arms and even a pacemaker for the brain to tackle Parkinson’s disease, researchers and entrepreneurs are pushing back the boundaries. Nick Flaherty finds out more

Technology can take many years to make it safely into hospitals around the world, but now the latest breast cancer scanners, with the latest wireless technology developed in Bristol, are rolling out after nearly 10 years of trials. Meanwhile researchers are already using quantum technology for the latest diagnostic equipment and to solve big healthcare problems.

Some of the technology has come from developers tinkering away in ‘hack spaces’ across Bristol. After five years of development, Bristol Braille Technology is launching the world’s first multi-line digital Braille e-reader. Developed with, by, and for the blind community, Canute 360 will make reading digital Braille books affordable, practical and enjoyable. Unlike current readers, which can show only one or two lines of Braille, Canute displays nine lines of 40 characters of Braille and supports all the different six-dot Braille codes, including music, maths and foreign languages, as well as tactile graphics to give a full experience, just like a Kindle e-reader. Excitingly, Canute is being shared with groups around the world, and is now entering mass production.

At the same time, entrepreneurs Joel Gibbard and Samantha Payne were working with 3D printing prosthetic arms. Open Bionics has now raised nearly £6million to develop its range of medically certified, 3D-printed, artificial ‘Hero Arms’ that were the first to be available for children as young as eight years old, and are now causing a stir in the US. The technology is also open-source so people around the world can easily use it.

By scanning a patient’s arm, a close-fitting prosthetic can be printed, easily growing as the child grows. Children with Hero Arms can open and close their bionic hand and change grips by flexing muscles just below their elbow. Almost more importantly, the technology allows for different covers in a wide range of styles, from Disney’s Frozen and Star Wars to the latest films…

Tilly Lockey lost both hands after contracting meningitis B at just 15 months old and is one of the original Hero Arm users. Earlier this year, Open Bionics worked with film studio 20th Century Fox to print two customised arms for Tilly inspired by the film Alita: Battle Angel. Tilly was presented with the arms as a surprise at the world premiere in London alongside the movie’s star Rosa Salazar and director James Cameron.

“Tilly has grown up to be an incredible person and has never let her disability hold her back in any way,” said the Titanic and Avatar director.

But some of the technology has taken a lot longer to achieve. Bioinduction in Bristol started in 2002 and has been developing electronics that can be implanted in the brain to tackle diseases such as Parkinson’s. The Picostim is the only device that can be medically implanted to stimulate areas of the brain, much like a pacemaker helps a heart operate properly.

Back in 2014 the company bought a specialist medical manufacturing company, Finetech Medical, and so is the only company in the UK with permission to make devices that can be implanted into the brain. Having proved the technology can be made safely, the company is now starting the first clinical investigation of Picostim for late-stage Parkinson’s patients.

Another long-term bet has been Micrima. It has used ‘ultrawideband’ wireless technology to make scanning for breast cancer a lot less painful. Operating at 60GHz (compared to 2.4GHz or 5GHz for your wi-fi at home), the MARIA technology can ‘look’ more deeply into the body in the same way as the new scanners in airports but a lot more accurately. This means breast cancer screening will be quicker and a lot less painful. The scanners were approved back in 2016 after 10 years of development and are now starting to be used in hospitals.

Quantum technology is also being used for healthcare. FluoretiQ
is using it to make detecting bacteria 1,000 times faster and five times cheaper. Instead of having to culture a bacteria to find out which kind it is, the tech being developed in Bristol can identify bacteria that causes urinary tract infections (UTIs) in minutes rather than days. This allows the right antibiotics to be used, minimising the use of broad spectrum antibiotics. This needs a combination of chemists, microbiologists and engineers to create new, species-specific bacteria probes and a quantum-enhanced detection. Using pulses from fluorescent LEDs (hence the name) and sensing individual photons can show whether bacteria are present, and which type, from a handheld, battery power unit.

The company is working on the technology at its lab at Unit DX lab in St Philips, which hosts a number of chemistry and quantum start-ups. It has also been working with NHS labs to prove that the technology works quickly and effectively. The next stage is to expand the range of bacteria the sensor can detect.

“Ultimately, we want to provide diagnostic support for more infectious diseases. We see ourselves becoming a global business, because we’re tackling a global healthcare issue,” said Josephine Dorh, CTO and co-founder. “Our plans are really to accelerate the R&D, get to the market as quickly as possible and get the product out across the world. We are here to save time, to save money and ultimately save peoples’ lives.”

If you’ve been to We the Curious, you may have seen some of the technology developed by Bristol-based SPHERE, the largest healthtech research project in Europe. It is currently working on a project called OPERA that is looking at ways your home wi-fi can be used as a medical radar. Using artificial intelligence and passive, low-cost sensors that pick up the reflections from wi-fi, the technology can keep an eye on people’s health in the home. The project will run until 2021 and is part of the extremely healthy technology cluster in Bristol aiming to make life better for people around the world.

Featured image: Some of the most amazing recent technology has come from developers tinkering away in ‘hack spaces’ across Bristol. Tilly Lockey lost both hands after contracting meningitis B at 15 months old and is one of the original Hero Arm users