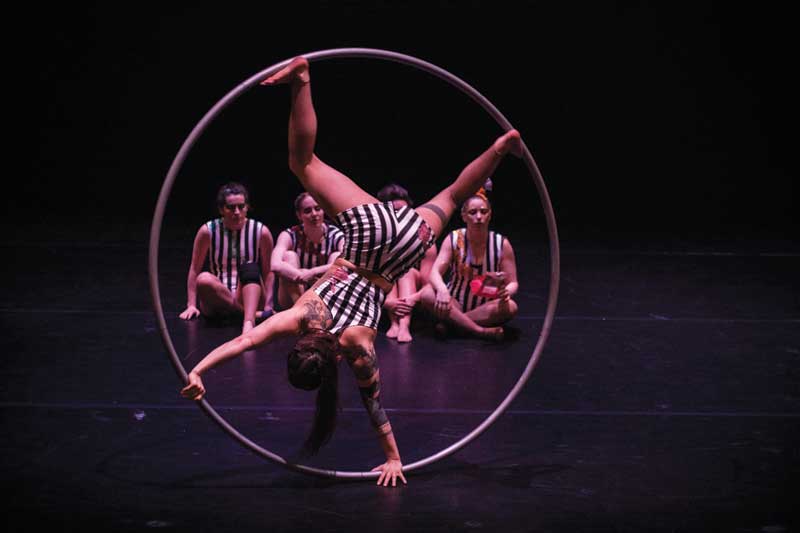 Bristol arts: A change of scenery

With extensive refurbishments, multi-million pound developments and exciting programmes of events, there are big changes on the horizon for Bristol’s theatre and music scene this autumn. Jessica Hope finds out more

Before Dame Judi Dench practised her lines backstage at Bristol Old Vic, or The Beatles jammed in front of crowds of screaming fans at Colston Hall, Bristol had long been a centre for culture and entertainment. For centuries audiences have streamed into the city for top quality theatre and music, to watch the likes of David Garrick and Jeremy Irons tread the boards of the city’s illustrious theatres, or swoon over Michael Bublé’s smooth tones, and air-guitar to Jimi Hendrix live on stage.

Now a number of Bristol’s cultural hotspots are undergoing significant changes, some of which will be revealed this autumn – just in time for when the cold evenings set in and we go in search of some after-dark entertainment. Here we reveal some of the exciting developments and programmes of events we can look forward to… 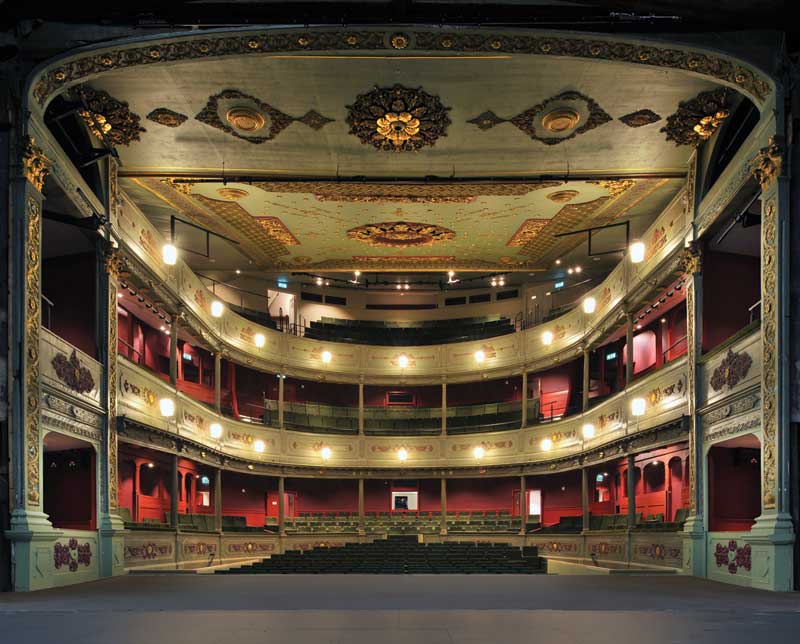 Once described by Peter O’Toole as “the loveliest theatre in the world,” the renowned Bristol Old Vic will swing open its doors on 24 September following a two-year £13.5million redevelopment. The scaffolding will be stripped away on the historic cobbled King Street to unveil a brand-new glass-fronted atrium showcasing a recently uncovered original theatre wall. A new studio space will provide the opportunity for more intimate performances, while what was the former foyer and box office – the Grade I listed Coopers’ Hall – has been reconfigured to its Georgian origins, creating more public space.

The theatre’s new 1766 Bar & Kitchen means that visitors will be able to enjoy seasonal menus all day and into the evening, making Bristol Old Vic a more social spot for locals and visitors.

From November, BOV will also become a heritage attraction, celebrating the theatre’s 252-year history with exhibitions, interactive experiences, workshops and tours, and re-telling its extraordinary stories. There’ll also be the chance to see the 18th-century thunder run – the wooden trough sloping above the stage, which iron weights were once rolled down to simulate the sound of thunder over the auditorium. 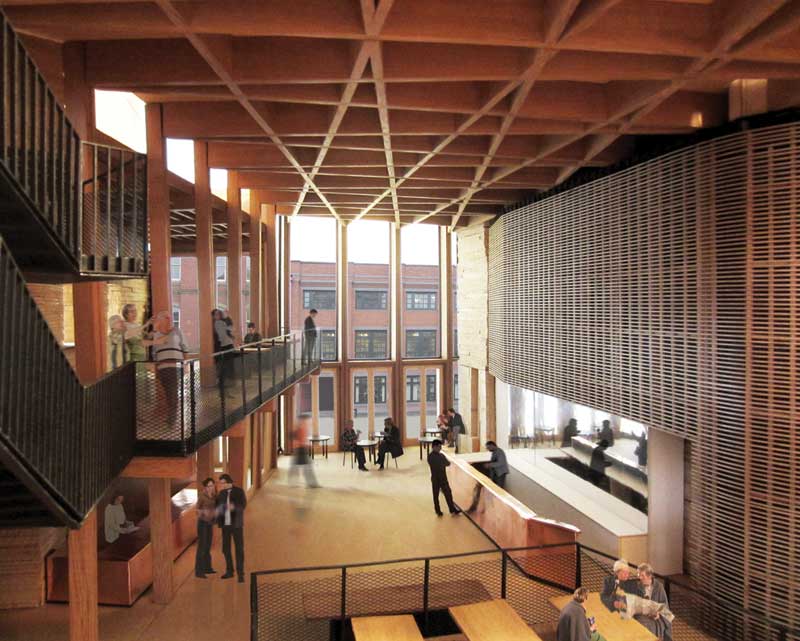 Before all that, the autumn season begins on 8 September with the first stage adaption of Joe Simpson’s best-selling memoir Touching the Void. Adding a bit of the Bard to the mix, Shakespeare’s comedy of mischief and blurred genders – Twelfth Night – takes on a ’60s Summer of Love style from 16 October. Continuing the theatre’s ‘Year of Change’ theme, there will be a workshop performance of the debut play – The Meaning of Zong – by Hamilton’s Olivier Award winner Giles Terera on 11 October, which examines the massacre aboard the slave ship Zong in 1781 and how this influenced the growing abolition movement in the UK at the time. The play will then be fully staged in 2019. Bringing a touch of “Bah humbug!” to BOV, this year’s festive production is an enchanting new adaptation of Charles Dickens’ timeless tale, A Christmas Carol.

Having been used as a church in a past life, St George’s has been a hub for fine music since the 1970s. Now, following an ambitious £6.3million extension project, the building is relaunching this month as a creative space for music, words, events and heritage. A pavilion-style extension to the side of the 19th-century church has been erected, creating multi-purpose spaces for more performances, education workshops and private events. The extension also features a new café-bar which will be open all day and evening, meaning there’s more space to enjoy a drink or a bite to eat before performances.

As well as continuing its reputation for staging the likes of renowned classic, folk and jazz artists, St George’s will be inviting more speakers and welcoming Bristol resident Julian Baggini as its philosopher-in-residence throughout the programme for conversations with musicians and audiences. The season opener kicks off on 6 September featuring former BBC Young Musicians of the Year Nicola Benedetti and Laura Van Der Heijden, and this season’s highlights include St George’s inaugural Bristol Keyboard Festival (30 October – 7 November), and award-winning folk musician Karine Polwart (1 November). There is also now the chance to find out more about the history of St George’s with its free exhibition ‘Our Story’, which explores its transition from Georgian church to spectacular music venue. 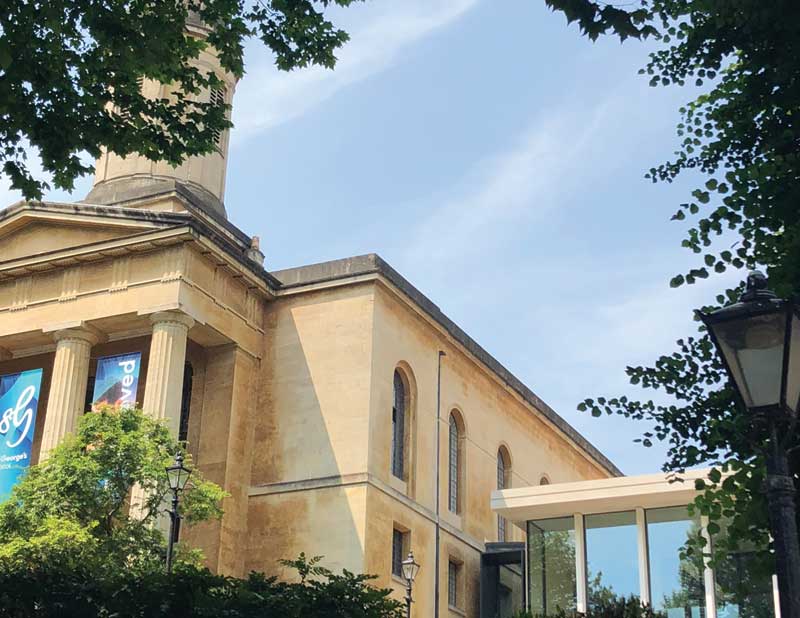 A peek at the new extension at St George’s Bristol

The bustling Southville hotspot is undergoing a £1.5million building project this year, completely transforming the theatre with the creation of the multi-purpose Spielman Theatre. For TFTs, which opens the new theatre in October, it means a base for its annual work with 3,000 children and young people, and 367 more performances a year, increasing visitor numbers by an estimated 30,000 people.

Performers will benefit from improved backstage facilities including new dressing rooms, and additional technical capabilities to support two performance spaces under one roof. For visitors, a refurbished and extended bar area and open feel to the front-of-house spaces will create a more welcoming environment in which to socialise.

The autumn season will launch with Shakespeare at the Tobacco Factory’s powerful rendition of Henry V on 12 September, before an in-house production of Jonathan Harvey’s Beautiful Thing begins on 11 October. Directed by TFTs’ Mike Tweddle, it offers an honest depiction of life and love on a council estate in the early ’90s. The venue ends the year on a high as the Factory Theatre will be transformed into a giant adventure playground to tell the charmingly irreverent story of The Borrowers, based on the much-loved novel by Mary Norton, from 29 November. 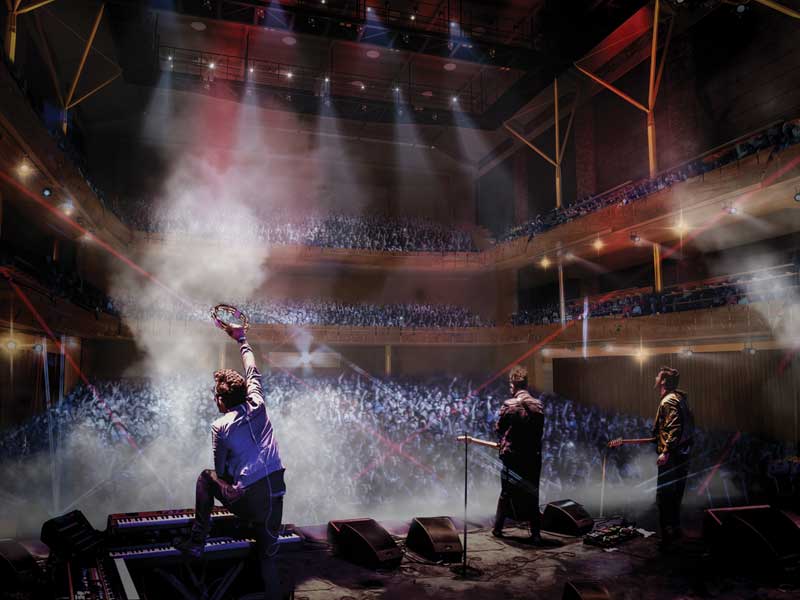 The mission to turn Colston Hall into a world-class music venue and one of the country’s best arts and learning facilities is now underway after securing approval for the £48.8million development. Having not been updated since the 1950s, the main hall will get a much-needed new lease of life by way of an upgrade and extensive refurbishment. The hall’s renovations will increase audiences by 30 per cent, and create 50 more jobs, as well as generate £20.6million annually for the UK economy, £12.7million of which could go into Bristol.

The historic cellars will be opened up for the first time in 150 years to create an intimate performance space, as well as a state-of-the-art education suite which will allow 30,000 children per year to use the classroom space and technology lab. It will also be the base for the National Centre for Inclusive Excellence, providing children with special education needs and disabilities more opportunities in music.

Colston Hall will reopen in 2020 under a new name, but in the meantime it is continuing a live performance programme – ‘Colston Hall Presents’ – using the centre’s foyer and other venues around the city and beyond to provide audiences with new and established music. Check out the full programme online.