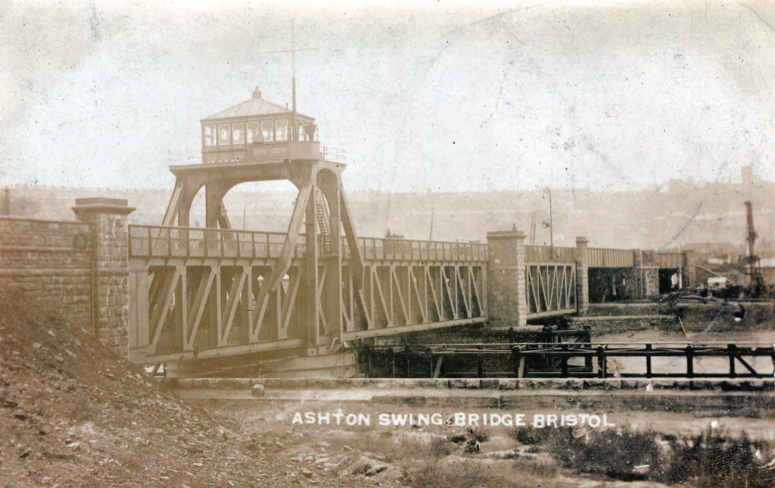 A city of bridges

We’ve a bewildering array of bridges, from the architecturally dazzling to the bleakly functional, and it’s hardly surprising that they figure so prominently in Bristol’s history, says Andrew Swift. When the Saxons first settled here they called their town Brycgstow – ‘meeting place by the bridge’

This original bridge was probably wooden. All we know is that in 1247 it was replaced by a four-arched stone bridge. It must have been an astonishing sight, lined with buildings five storeys high, and a chapel dedicated to St Mary in the middle. It lasted for over 500 years, before being replaced by the current Bristol Bridge – designed by the appropriately named James Bridges – in 1768.

Although Bristolians seemed to have liked the new bridge, they were less keen on the tolls levied to recoup the cost of building it. Eventually, in 1793, a group of citizens decided that enough was enough and burnt down the tollgates. In the ensuing riots, 11 people were killed and 45 were injured when soldiers fired into the crowd. Despite being widened in 1873, the bridge survives today. For centuries it was the only bridge across the Avon downstream from Keynsham, but, after the Floating Harbour was created and the New Cut dug, bridge building boomed.

It is a boom that shows no sign of abating, and has left Bristol with a bewildering array of bridges, from the celebrated to the unsung and from the architecturally dazzling to the bleakly functional. It has truly extraordinary examples, from the monumentality of the Plimsoll Bridge at Cumberland Basin to the serpentine curves of Valentine’s Bridge near Temple Meads and the horn-shaped counterweights of Pero’s Bridge.

Quirkiness abounds. The 135-year-old Langton Street Bridge over the New Cut, for example, nicknamed the Banana Bridge because of its shape, has now obligingly been painted yellow. Perhaps the most unusual is Ashton Swing Bridge. When opened in 1906, it was double-decked, with road above and rail below, and a signalbox on top. It last swung in 1934, and the upper deck and signalbox have now gone, but the remaining deck now carries the MetroBus and a cycle route.

Without its bridges, the city could not function, and, as congestion grows, there are repeated calls for more to be built. The lack of a bridge over the Floating Harbour between Prince Street and Merchant’s Road seems the most glaring omission, but, although there have long been plans for a pedestrian and cycle bridge from near the SS Great Britain to Western Wharf, they have so far come to nothing. In 2003, a ‘wingbridge’ was proposed, with two wings rising from a central pier to allow tall ships to pass. More recently the idea has been floated again by Gavin Bridge (another aptonym!) whose company Cubex was behind the construction of the Castle Park to Finzels Reach bridge.

Two more new bridges – one for vehicles and one for pedestrians and cyclists – can be found south of Temple Meads, on a stretch of the river where few venture. Built to provide access to the now-abandoned arena, they are eerily deserted, awaiting the promised development of the arena site. South of them is another little-known bridge dating from 1892, which pedestrians share with a single-track railway line.

It was the number and variety of Bristol’s bridges that in 2012 prompted Dr Thila Gross of the University of Bristol to see if he could devise a walk which crossed all of them only once. He was inspired by a famous 18th-century mathematical conundrum known as the Seven Bridges of Königsberg, but, whereas the original puzzle proved insoluble, Dr Gross managed to come up with a route which crossed all 43 of Bristol’s bridges only once.

Since then, two more bridges have opened, but a revised route, 28 miles long, now forms the basis of a fascinating new book, From Brycgstow to Bristol in 45 Bridges by Jeff Lucas, which includes photographs and details of all the bridges. Even that, though, does not exhaust the subject. The early 17th-century Wickham Bridge, on the River Frome, is Bristol’s oldest, while the rustic bridges on the Blaise Castle Estate are probably the most picturesque.

Bridges are not just built across water, of course. In the 1960s, there were plans to build a ‘city in the sky’, extending across the city centre. Aerial walkways and piazzas at first-floor level would create a safe environment for pedestrians, while the traffic roared below. A small part of the scheme, including several footbridges, was actually built, but the bridges over Nelson and Baldwin Streets and Lewins Mead were demolished in 2015, and the footbridge across the Old Market roundabout followed two years later.

Just north of Old Market, one footbridge does survive, however, linking Cabot Circus to a car park. Curving and tilting across six lanes of traffic, it provides a dynamic counterpoint to the flanking buildings. Unfortunately, it can also induce vertigo in certain users, and there is a Facebook group dedicated to the ‘wonky bridge in Cabot Circus’.

One thing all Bristol’s bridges have in common is that the names of their designers are almost completely unknown – with one exception. Few Bristolians will have difficulty naming the man responsible for the Clifton Suspension Bridge. Brunel’s iconic structure is not only the best-known building in Bristol; it is virtually the city’s trademark.

Astonishingly, although Brunel designed it long before he worked on the Great Western Railway or the SS Great Britain, he never saw it completed. Although work on it started in 1831, it ground to a halt soon afterwards and, despite resuming in 1835, it was only completed in 1864, five years after his death.

It was not the only bridge he built in the city, however. In 1839, he designed a stone bridge to carry his railway across the Avon. Now Grade I listed, it remains in use, but metal bridges on either side almost completely hide it from view. In 1849 Brunel also designed a swivel bridge for Cumberland Basin. Although Grade II* listed, it is currently laid up on the harbourside, and is on Historic England’s register of buildings at risk. A group of volunteers are working to restore this historic structure, and on 7 and 8 September they will be marking its 170th birthday with interactive demonstrations, exhibitions and tours of the bridge. Brunel’s iconic suspension bridge may be Bristol’s most famous landmark, but it is far from being the only one worth seeking out in this city of bridges.

For information on Brunel’s swivel bridge, visit brunelsotherbridge.org.uk. During Bristol Open Doors (13 – 15 September) you can find out more about the Suspension Bridge or join a Bristol Ferry Boat tour of Bristol’s boats and bridges. Walks around the harbourside, along the River Frome and along the Avon to Avonmouth feature in Andrew Swift’s Walks from Bristol’s Severn Beach Line, available from Stanfords in Corn Street, the Tourist Information Centre on the Harbourside or akemanpress.com