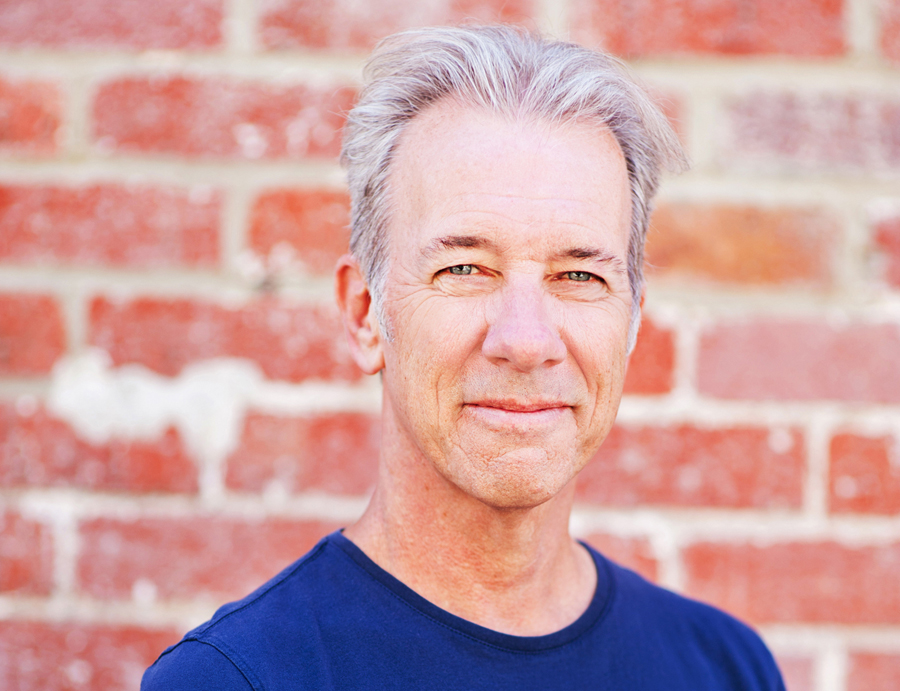 Greg Marston is pretty much unknown in the UK and throughout the world in general, yet millions of people across the globe hear his voice every day – online, on radio, on television, and even while on hold.

Yep, he’s a voiceover artist and he’s recorded for everyone from Samsung and Sony to Radio 4 and The X Factor; and the luxurious likes of Porsche and Audi. “I’m also a born-and-bred Bristolian,” says Greg, who works from his studio in central Bristol. “I got dragged out to the antipodes in the great migratory rush of the Seventies when I was 13, and grew up in western Australia, dreaming that one day I’d become a pop star. I did sing and (attempt to) play guitar with many local pop/rock and indie bands in the Land Down Under, before realising that you really do need that ‘break’ to become famous…!”

Eventually, Greg fell into his other love, radio and broadcasting, ending up as the music director of the ABC (like the BBC here). Over those five years, he broadcast as a newsreader, presenter, DJ, anchor, quiz-master and interviewer, chatting with the likes of Sir George Martin, Ben Elton, Billy Connolly, Phil Collins and Norman Wisdom, before turning to voiceovering in the mid-Nineties and becoming ‘the voice’ of Classic FM.

And there have been plenty of interesting, surreal and amusing moments since then. “A few years back, when I was one of the voices of Emirates airline, I’d somehow been upgraded to the business class lounge at Dubai International,” says Greg. “The staff at the counter asked me for my boarding pass and ID as, on the screen behind, the usual looped video played the Emirates ‘sonic’ – showing shots of the planes, the airport, the food served. Towards the end, the voiceover (which happened to be me) extolled the tag-line; ‘fly Emirates, hello tomorrow’. It took a while to process my boarding pass, and I found myself muttering the line, first under my breath and then louder and louder, in sync with the video. The staff all stopped dead, looked at me, looked at the screen and back at me – and then demanded to have selfies with me…”

Now, Greg’s stationed back in Bristol and happily so. “I love Bristol’s rich history (I loved learning all about it while I was at Cotham Grammar School in the late Sixties), and being able to walk around so much of the city easily, seeing so many different aspects of Bristol life as you go. And within 15 to 20 minutes’ drive, you’re in the heart of some beautiful part of the surrounding countryside.”

Most of his jobs come from regular clients and word-of-mouth referrals. “Or new clients, looking to sell their product or service, often find me by searching online using keywords like ‘neutral accent’, ‘transatlantic’, ‘rich’, ‘dark’, ‘chocolatey’, ‘sexy’ (no, really!) through to ‘menacing’, ‘voice-of-God’, ‘movie-trailer’, ‘corporate’ and ‘Gandalf’…

“I’m usually voicing several different things over the course of any given day,” he explains. “This last week, I’ve been working for a client using 360-degree film technology in Texas – meaning I’m up late here in order to make his mid-afternoon deadlines there – and I’ve been recording in-store announcements for a company in the Maldives, as well as talking about a tunnel in Europe for a client in Germany. I usually position my desk in the corner of a small-ish room and distribute duvets around it before I get started, to achieve the best acoustics. Or build a fort out of sofas! Then you’ve got to take the edges off of any reflective surfaces using cushions and pillows.

“Having not long returned to the UK, for me it’s now a question of networking to start picking up work here. It’s a brave new world, a long and winding road, but I’m enjoying the walk!”

For more information about Greg and his work: gregmarston.net