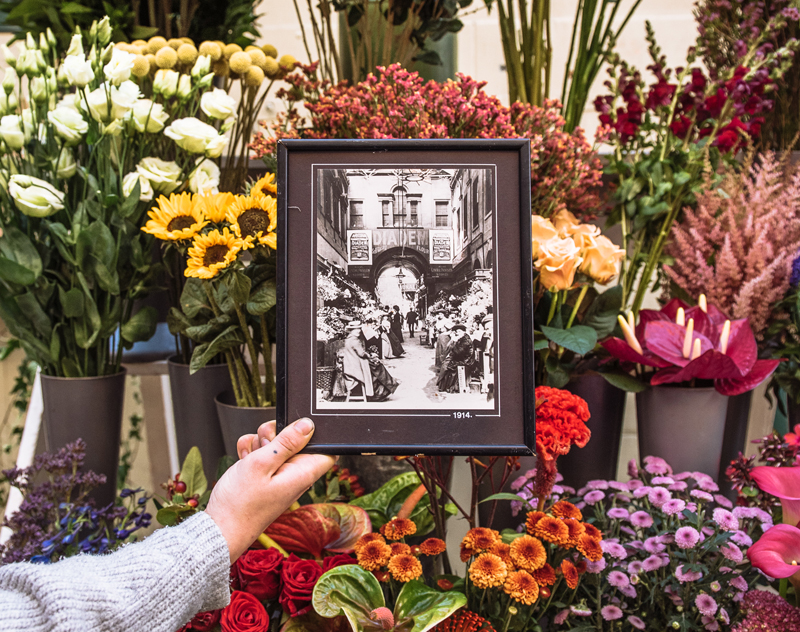 Bristol’s historic heart, Corn Street and its surrounds have been transformed in recent years as a range of exciting start-ups have taken advantage of the amazing architecture, fascinating history and quirky spaces to build their businesses, alongside established names. Lawrie Jones takes a stroll around…

Once Bristol’s trading and financial centre, this area of medieval origin is now home to an eclectic mix of bars, coffee shops, restaurants and places to stay. It’s all helping to give the constantly evolving Old City a new feel. “Walk down Corn Street and look up at the buildings and you can really appreciate how stunning the Old City is,” says Grant Callaghan, GM of the Harbour Hotel. “It’s clear this is the area that built Bristol.”

The Old City, including Broad Street, Corn Street, King Street, Welsh Back and Queen Square, may look much the same today as it did hundreds of years ago, but what’s on offer today is quite different.

Always a popular drinking spot, in recent years the Old City has slowly shed its lad-focused past, developing into a more continental, family-friendly destination, says Nathan Lee, MD of the Hyde & Co Group. The owners of a host of stylish night spots including The Ox, Bambalan and Pata Negra – which has just relaunched the lovely kitchen responsible for sating all our churros-based desires – Lee and his partners have played a key role in broadening the Old City offer since opening their first business in the area in 2011. 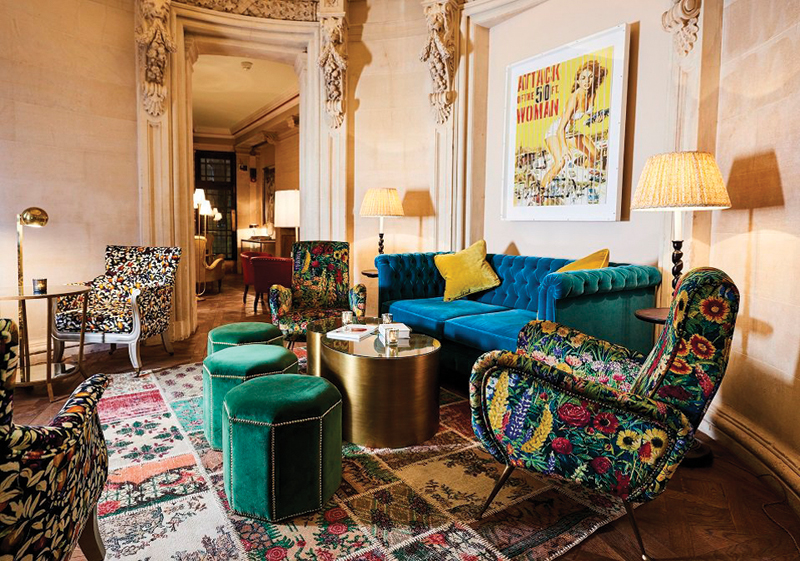 What drew them to it? “We felt there was a change in the air and we could see the potential of the area with its wonderful architecture and great links to the rest of Bristol,” Nathan says. “Looking back, it’s crazy that other people didn’t see it that way – it’s the true heart of the city after all.”

Located so close to Broadmead, Cabot Circus and Park Street, it’s been pretty ideal for shoppers for a while now, as well as those seeking an after-work drink. But it’s also become a great place in Bristol to stay. Opened in 2016, the Harbour Hotel occupies the historic former HSBC and Lloyds Bank buildings at the top of Corn Street. As well as gorgeous rooms, it has a respectable restaurant, decadent bar and even a chic subterranean spa. According to Grant, the Old City today is thriving. “Visitors want to come here, and people want to stay here.”

Over at the recently redeveloped Mercure Grand Bristol Hotel, GM Nicholas Carn agrees. How would he describe this corner of the city today? “Fun, cool, progressive and inclusive,” he says.

You’ll more than likely find yourself crossing paths with a few of the food bloggers who frequent its ancient footpaths, too. “In the heart of the Old City visitors are perfectly placed to discover Bristol’s culinary offerings,” says Emily Henley, writer of popular blog Bristol Bites (bristolbites.co.uk).

Over the last decade, tired shops, pubs, restaurants – and even banks – have been replaced by a diverse range of new businesses and established names, she says. “It’s now home to such an interesting range of bars and restaurants, some of the city’s top independent coffee shops, and some great locally owned restaurants and market traders,” she says.

At the centre of the Old City’s redevelopment is St Nicholas Market, one of Bristol’s not so hidden gems. Operating since 1743, it was named Britain’s Best Large Indoor Market in 2016, by the National Association of British Market Authorities. 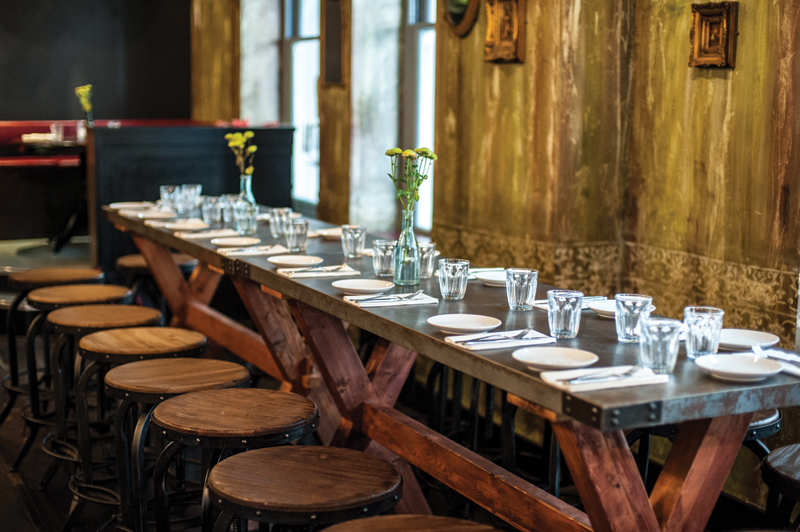 Housed in the Grade-I listed Exchange building, the market hall is home to a variety of independent traders. If you’re a visitor to the city, or just haven’t been for a while, it’s worth browsing what’s for sale – anything from hats and jewellery to art, records, books and sweets – especially if making a start on the old Christmas shopping is high on the agenda. If you’re hungry, the real action happens outside in its famous food hall.

Visit any weekday lunchtime and you’ll find yourself jostling for position in the lengthy queues that snake from Matina, past Eat a Pitta and Pieminister and through the bustling, vibrant space. There are at least 21 different stalls and cafes in the market, serving cuisine from around the world, prepared with love by independent traders.

The growth of the food market has played a key role in transforming the area, Emily believes. “The variety of food and drink offerings available within the market building itself – for me, that’s what’s been the biggest change.” 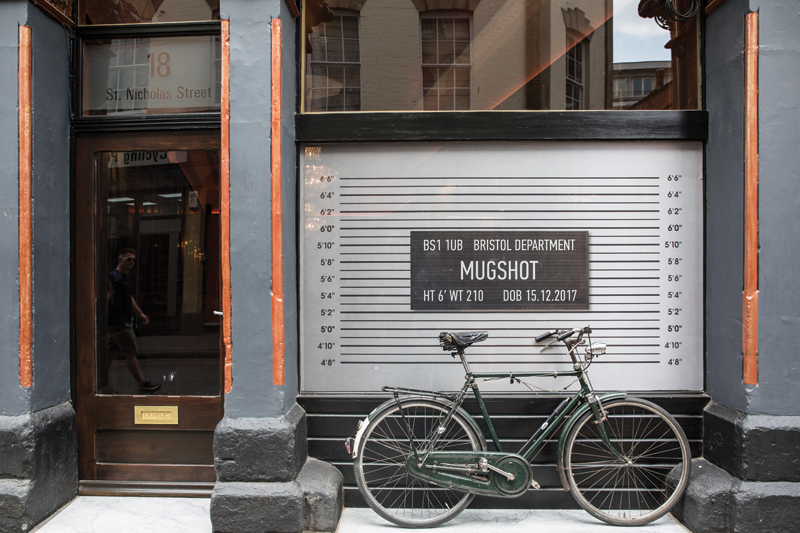 The investment made by national chains like Harbour Hotel, and local entrepreneurs like Hyde & Co, illustrates how much the quarter has improved but, of course, it’s not perfect. “We face a few challenges such as rough sleeping, antisocial behaviour and graffiti, but that’s no different to any city centre,” Nathan states. What is different is that the Old City is benefitting from the support of the Bristol City Centre Business Improvement District (BID).

“The Old City area is an exciting place to shop and eat, and we’re focused on helping to improve the way it looks and feels,” explains Keith Rundle, operations director at City Centre BID.

The organisation works with businesses to improve the area, and its team is planning street cleaning and graffiti removal, as well as a Christmas lights installation in 2018 which will become a fixture. “It’s part of our responsibility to help the Old City to grow and develop, creating more reasons for people to visit.” Keith says.

It seems to be working. In September, new steakhouse Mugshot opened, giving diners another reason to visit. If you’re looking for somewhere new to eat, the Old City sure is a good place to start.

For £10: Burger Theory. Head in for lunch between Tuesday and Friday for a burger and fries for £8.50; and their burgers are amazing. My favourite is the KFC: Korean fried chicken thigh with a sweet and sticky chilli glaze, spring onions and salted peanuts. And if you fancy going over budget, order a side of the tzatziki halloumi fries…

For £15: The Ox. The set lunch menu is priced at £15 exactly for three courses – or alternatively, they have a 6oz rump steak, fries, sauce and a glass of wine for the same price. 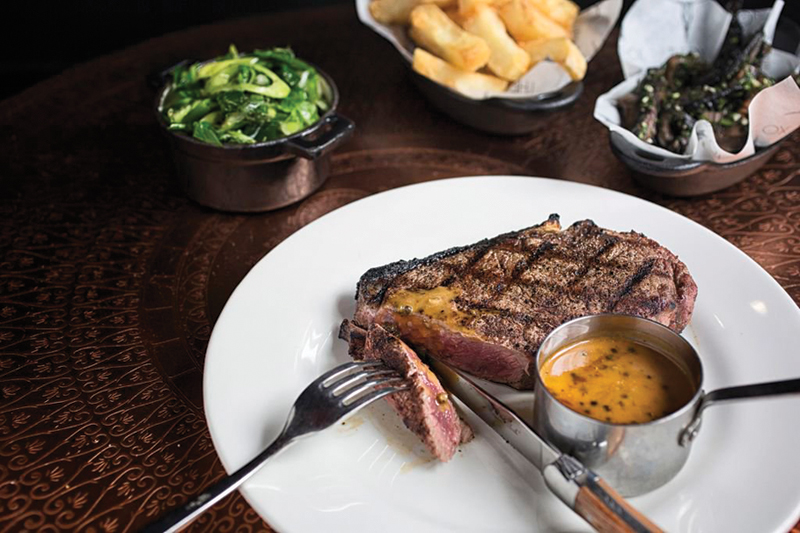 The historic heart of the city’s big 275

A year of celebrations and events has been launched to mark the 275th anniversary of the opening of St Nicholas Market and highlight the significant role it has played over the last centuries.
It has been the traditional centre of Bristol market activity since 1743. The permanent indoor buildings and outdoor stalls are home to the largest collection of independent retailers in the city, offering crafts, giftware and fresh produce; a basement chock-full of Indian tapestries; two of the city’s oldest pubs (The Rummer and The Crown); Bristol’s oldest sweet shop and its biggest body of books.
The public is being invited to share memories and experiences of the market as part of a project looking at the entire history of the Exchange, with a view to showcasing what it has meant to local people through an exhibition featuring old photographs, newspaper articles and documents and forming a permanent legacy. Along with the night market and a light projection on the front of the building, it will be displayed inside the Exchange in December to show what Bristol remembers so far, and allow people to add memories.

“The Corn Exchange played a key part in building Bristol’s international trade relationships and was instrumental in generating the wealth of the city,” said Lord Mayor Cllr Cleo Lake when she launched the celebrations recently. “Although the modern market is very different, it still has a central role in trading within Bristol, which is an incredible achievement.

“Today St Nicholas Market is home to over 60 stalls and some traders have been working there for over 40 years. It has a great reputation for the variety of food on offer, which really captures a positive essence of Bristol in terms of our diversity and international flavours.”

The Exchange: where it all began

Bristol has a rich and proud trading history generally based on its maritime heritage. The merchants and traders of the time gathered at what was known as the Tolzey – a lean-to structure which was not large or spacious enough for the ever-growing city and was exposed to the elements, meaning traders regularly complained about their health and being disturbed by horses, drays and carriages.

By way of an act of Parliament in 1721, John Wood The Elder was commissioned to design and oversee the building of the Exchange, for merchants and traders to assemble more conveniently. They dealt in Indian cloth; slave-produced goods from the Caribbean and North America such as sugar, tobacco, coffee and chocolate; butter, eggs and chickens from Wales and iron goods from central England.

The Exchange is not only a jewel for Bristol but is of some national importance as it was the first built outside of London and is a rare surviving relic of 18th-century business. 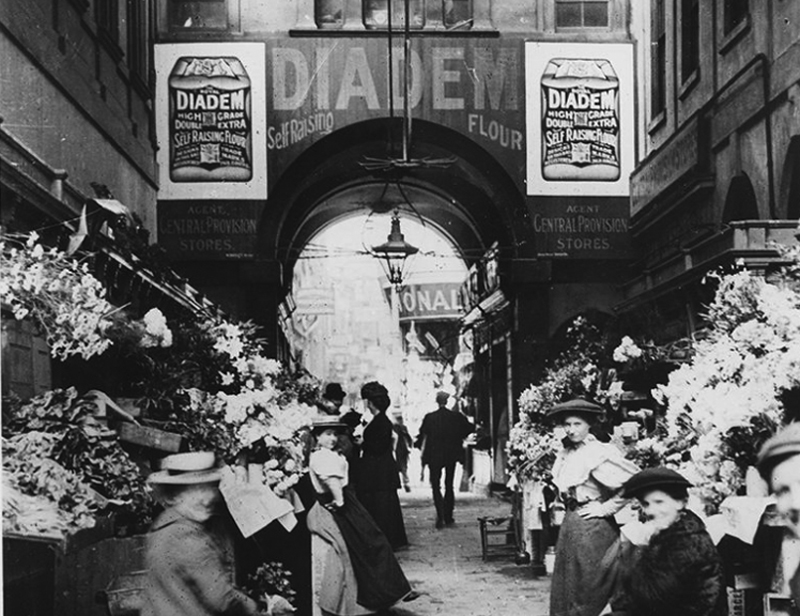 Turtle for tea in 1790
John Weeks was the proprietor of popular coaching inn Bush Tavern, a building now demolished that used to stand opposite the Corn Exchange where Bristol Harbour Hotel is now. The 1790 bill of Christmas fare shows that turtle was at the top of the list.
Flowers and flour
Vibrant blooms are a welcome sight wherever you see them, and the glass arcade at St Nicks is no exception. Flower stalls have added to the vibrancy of St Nicks throughout the decades and Lucy Anna Flowers inhabits the same site as a flower stall from 1914. The market also has a strong link to flour. The Diadem advert visible above the archway is for self-raising flour which was made by a company in Easton. Self-raising flour itself was invented by Bristolian Henry Jones who patented it 1845. 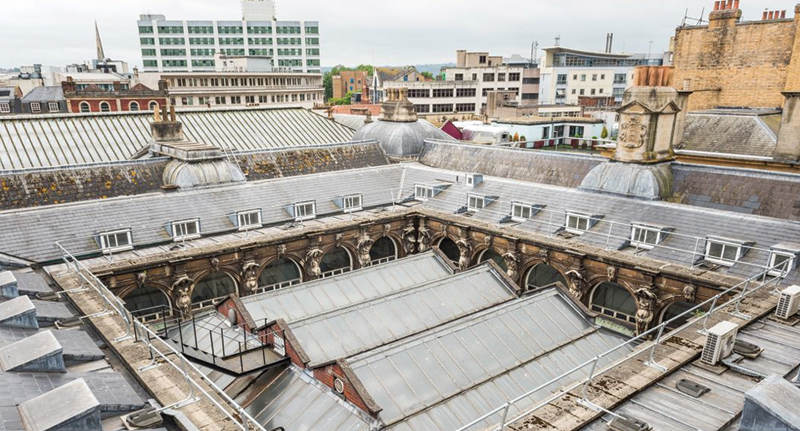 Sounds of the Sixties

The Corn Exchange wasn’t always packed with great stalls and fantastic record shops – it has been a dance hall in more recent times and was a popular live music venue during the 1960s, that saw the likes of Pink Floyd, The Byrds, The Who, Rod Stewart, Elkie Brooks, Cream and The Rolling Stones strut their stuff. The Yardbirds, The Pretty Things and Spencer Davis played several times in the main hall and a Tuesday night club called The Bristol Chinese R’n’B and Jazz Club was established, attracting American blues singers John Lee Hooker, Sonny Boy Williamson and Little Walter.

Previous
Knee pain in the over 50s