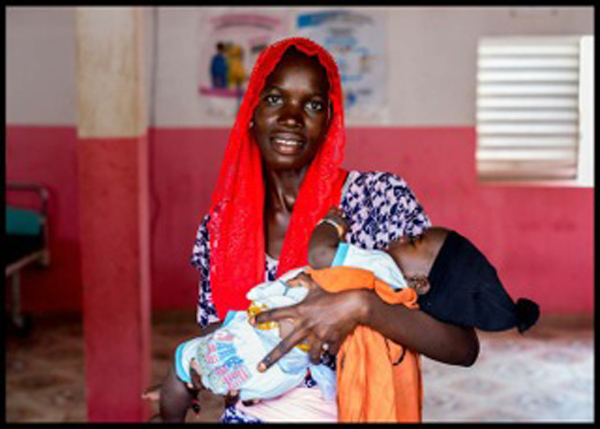 Bristol restaurants, including Box-E, Pasta Loco, Asado, The Cauldron and Bertha’s Pizza have helped Action Against Hunger to raise an astonishing £1.1million in the international NGO’s biggest campaign to date.

Action Against Hunger joined forces with top restaurants in Bristol and other UK cities, in September and October last year, calling on diners to raise funds to help children survive life-threatening malnutrition.

Tessa Lidstone, from Box-E, said: “I was heartened by how many diners wanted to add to our donation. It’s a nice opportunity to share a little bit more about a fantastic charity and the collective total just proves that there is strength in numbers – if everyone gives a little it makes a real difference.”

Hundreds of restaurants across the nation supported the charity by giving customers the opportunity to add a donation to its bill or a donation on a particular dish where a percentage of the cost went to Action Against Hunger and its Love Food Give Food campaign, part of the Healthy Mums Healthy Kids appeal.

“I would like to thank the generous people of Bristol for supporting Action Against Hunger’s appeal to support young mothers in Matam, Senegal. The UK Government will match every penny you helped raise, doubling the sum the new mothers will receive. This means we can ensure they are healthy and nourished during pregnancy and their children have the best start in life.”

“Like the majority of our customers we’re lucky enough not to worry about whether our family will eat each day, it’s an honour to take part in Love Food Give Food supporting those less fortunate. Bristol’s got a big heart, we just did our own small bit as part of Bristol’s wider food community.

Every penny raised by the British public in the appeal, which included funds from community fundraising events, Auction Against Hunger, Taste of London and corporate partners, was matched by UK aid, from the Department for International Development. The UK aid-matched funding will fund a project in Matam, a province in north-eastern Senegal, where the charity supports young mothers to get the vital support and nourishment they need through pregnancy and beyond.

Matthew White, Director of Fundraising and Communications at Action Against Hunger, said:

“This is an incredible achievement. I’d like to thank everyone who has been involved in our Healthy Mums Healthy Kids Appeal. Malnutrition rates amongst children are far above emergency thresholds in Matam. We hope the project targeting young mothers can help to eradicate life-threatening malnutrition from the area.”