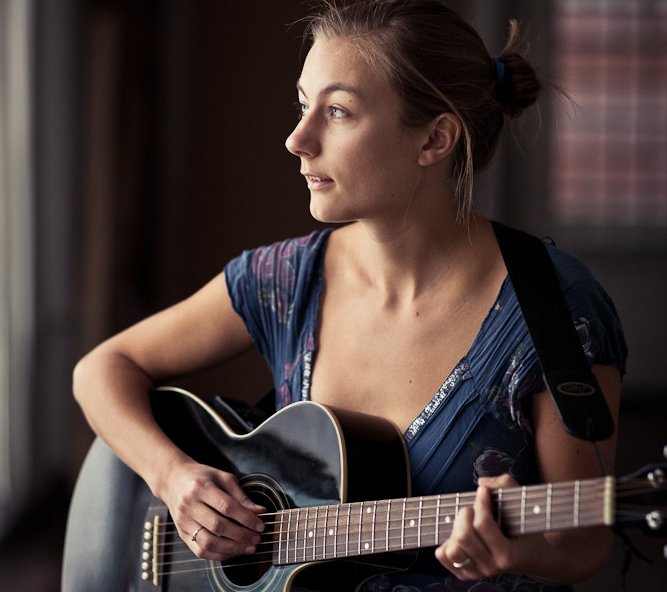 So, Julia, tell us a bit about your background

I was born in London and learnt to speak in Sydney (my dad’s Aussie) but really I’m a Bristol girl – my parents moved to Bristol when I was five and I grew up here. I went to Cotham School where I was part of a choir that nurtured a love of vocal harmony.

What do you rate about this city?

I could wax lyrical for ages but the main thing is that it’s such a friendly, relaxed place. I can be myself here. On a physical level, what I miss when I’m not here is just walking around. There are so many ways to get to one place, through back streets, up steep lanes and through medieval archways, that I am always discovering new ways of looking at this beautiful city. The arts scene is busy and diverse, with tons of musicians, which means plenty of opportunity for collaboration between players from a vast array of musical and geographical backgrounds. It’s very inspiring and it’s easy to become a part of it.

Tell us about what you do

I write my own music that I perform both solo, with my trusty blue guitar, and with my Bristol-based quartet. I also write and arrange for The Eko Trio, an a cappella group who I sing with, and co-host monthly female music night Femme De Musique. I lead several choirs including Bring Your Own Baby Choir – a group for parents with bubs in tow (no nursery rhymes allowed!) and various groups for south Bristol’s intergenerational Handfuls of Harmony Choir. I also co-lead community choirs Gasworks with Ali Orbaum.

So you’ve an album out in September?

Yes. I’m a jazz musician and poet at heart and the songs on this album are very story-based. I wanted to expose our vulnerability as musicians and people. Fifteen Times the Moon is a collection of original songs that explore the weather patterns of life, our fears, hopes and relationships with both ourselves and each other. The album title was inspired by the incredible true story of a Mexican fisherman, who, one quiet afternoon, set out on a fishing trip but was caught up in a huge storm. He was not heard of again for 15 months, at which point, after all hope was lost, he was discovered on a deserted island in the Pacific Ocean. I’ve been working with the same musicians for a few years and the album itself was recorded over eight months. I feel we’ve had time to get to know each other’s playing and work together to create some real magic.

What are you reading at the moment?

What’s pumping through your speakers?

Kate Tempest’s album Everybody Down. I love her energy and passion; she tells it like it is, with no apology.

Which foodie spot are you loving?

Find out more about Julia and listen to her music: juliaturner.co.uk