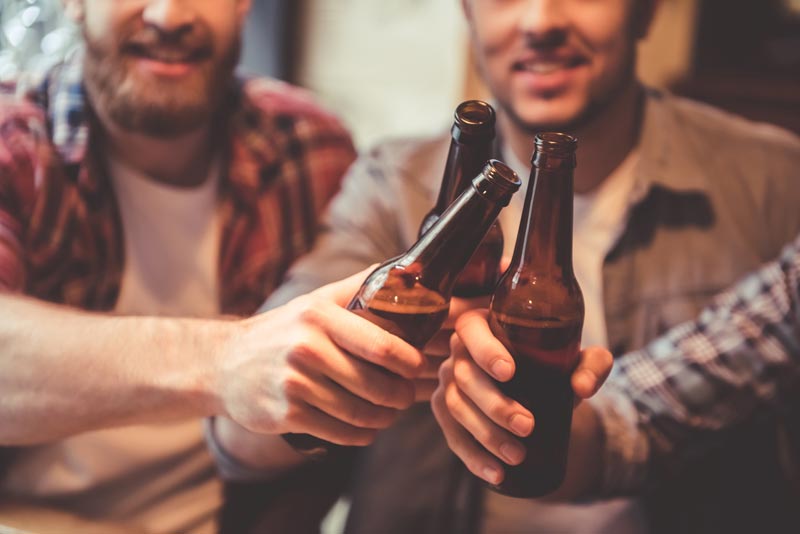 Bristol is the UK’s first city of beer. That’s a provocative statement sure to send proud Mancunians, Londoners and Leodiensians into a rage, and Tim Webb knows it. “Oh, it’s extremely mischievous,” he admits. But he also believes it to be true, and as a world-famous authority on beer who just happens to live here, he is worth listening to.

“The population of Bristol is 450,000 people and within the city we’ve got 16 breweries,” he says. “In Manchester you’ve only got 10 – it’s all imported from outside. And it’s the same with Norwich, Derby, and Sheffield. Bristol was ahead of the real ale revolution 30 years ago and it’s ahead of what’s going to happen with brewing in Britain this time around, too.”

Tim, a veteran NHS psychiatric consultant by day, has been writing about beer since the 1970s having joined the Campaign for Real Ale when he was a student. He is considered a radical within CAMRA, however, having argued for years that what really matters is the quality of the beer, not the precise method by which it is stored and served. He is best known for his writing on Belgian beer including eight editions of the Good Beer Guide Belgium, and also travels the world exploring beer culture as co-author of the hefty World Atlas of Beer, now on its second edition.

He claims no part in the growth of Bristol’s beer scene, having only moved to the city two and a half years ago – “It’s just happened around me!” – but is keen to support it. To that end, in November last year he compiled and published the Bristol Craft Beer Map, a handy £2 pocket guide to all the active breweries and the best pubs and bars in which to try their beer – ‘the 39 stops’.

Is there a defining characteristic to Bristol beer? Something that makes it essentially Bristolian? “No, no, that’s the great thing about it,” he says. “I checked the other day and on [beer reviewing website] RateBeer there’s been something ridiculous like 650 unique beers from Bristol breweries in the last 10 years. But if I think about what people are producing there are some very good different types of stout and porter; and funky, bretty, sour beers.” (‘Bretty’ refers to brettanomyces, an unusual strain of yeast that produces startling, strange-tasting, distinctly grown-up beers.) “Some of those though, I’m sure, are just part of a phase.”

Which brings us to where Tim feels Bristol’s beer scene might improve as it matures: “Arbor and Bristol Beer Factory are coming of age, they’re over 10 years old now, and I kind of want them to produce a few standard beers. I’d like it if they produced a 5% beer that was a bit special, but regular. I’d like Moor to get down to six products that just get better and better. And they are heading that way. The ones to watch in terms of quality are Wiper & True but in terms of discipline and a steady product range… Forget it.”

In Belgium, he says, a brewer might make the same beer four times a week for 30 years, never satisfied that it is truly perfect, whereas in Bristol, for the moment, “It’s always new, new, new instead of good, good, good.” But he sees this in the context of the last decade’s explosion of what he calls simply “good beer”, swerving the controversial buzz-phrase ‘craft beer’. “To sober oneself up,” he says, “around the world it’s only three or four per cent of beer production. 60 or 70 per cent is still industrial lager. Constant experimentation is just part of the current enthusiasm. It won’t last forever, things will settle down.”

He worries about attempts by multinational firms such as AB InBev, which owns brands around the world and has begun acquiring craft breweries in recent years, to derail this momentum. “If you look at good beer cultures around the world,” he says, “how they have made it succeed is by accepting that they are not in competition with each other. The other side is the mega-breweries, wine, coffee, soft drinks… Small breweries are all in it together.”

As for what’s next for Bristol’s beer scene, Tim has his eye on brewery taprooms: “We’re going to have something like 12 by the summer of 2018, which is going to be unique for the UK.” His competitive instinct surfaces again. “That puts us far ahead. Nobody is going to catch that…”