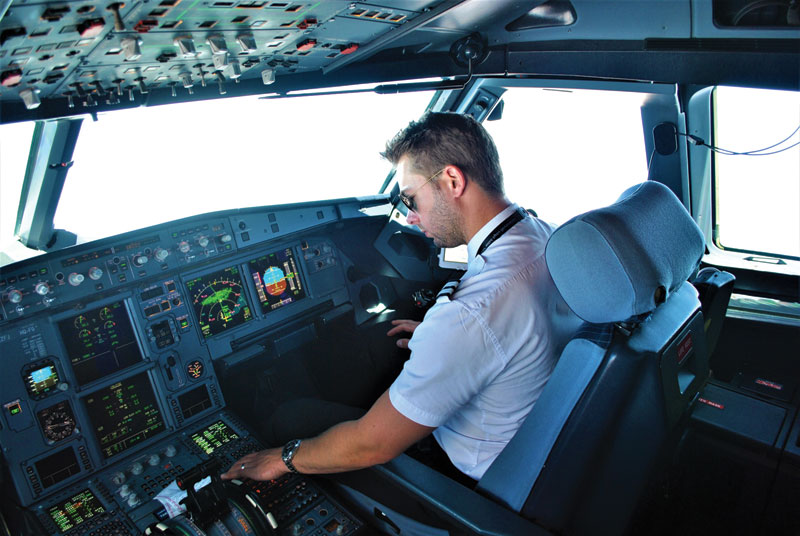 We like to shine a spotlight on the folk who make up the varied fabric of city life. Words by Jessamy Baldwin

There’s something somewhat mysterious about pilots. When they stride through airports – or any public place for that matter – people often stop and stare. It’s like they’re unofficial celebrities, of sorts. Sure, they get to wear some pretty suave uniforms, but it’s more than that; many of us are a little fascinated by these magicians of the sky. With the demand for travel ever increasing, pilots are in high demand, but getting to the top isn’t always easy. We sat down with one Bristol-based easyJet pilot who dreamed of becoming a pilot from a very early age. First officer David Baldwin, 28, lets us in on what it’s really like to be a pilot.

Why did you want to be a pilot in the first place?

When I was younger, I used to do quite a bit of travelling with my family, since I grew up in Hong Kong. I just caught the travel bug at a young age. When I was 11 years old, I remember being allowed into the cockpit a few times and was once able to sit on the jump seat for a landing; it all stemmed from there really. I felt a huge thrill just being able to see everything the pilots were doing and looking out front. This feeling hit me and I thought: “This is what I want to do.”

How did you get to where you are now?

I did a four-year masters degree in civil engineering, during which I was a member of the gliding club. After that I did my private pilot’s license and from there I went on to a company called L3 Airline Academy to start my official training (what used to be CTC Aviation). That took two years. So I spent six months in Southampton doing all the written exams and eight months in New Zealand where I did most of my flying training – visual training and getting into instrument flying too. I then spent another three months in Bournemouth where I passed my instrument rating. Up next was the airline qualification course, which lasts three weeks. That’s the final stage really, where you learn how to interact with cabin crew and cock-pit members. You also have 12 simulator sessions in a Boeing 737-300. I then applied for the job with easyJet! That sounds like a lot, but it goes by so fast.

How did you find your training?

It’s tough but there are amazing opportunities. Flying in New Zealand is something I’ll never forget. The scenery around there was absolutely phenomenal – huge mountains, lovely beaches. It was awe inspiring. The hardest part was the first six months when it’s all classroom-based and you don’t do any flying. It was very intense and there were exams every two months. A few people drop out at that early stage actually. You’ve got to keep your head down and put in the hours of study.

Describe a typical day at work

If it’s an early shift, I’ll start about 5 or 6am and work until 2pm, or if it’s late, I’ll start late afternoon and finish around midnight. But it depends, days can be longer or shorter depending on slots, delays or particularly long flights. I have to arrive at the airport an hour before my flight, go through the briefing pack (this includes weather and other information about the flight) and then decide on how much fuel we need to take. Then we head to the aircraft to get everything set up. One of the pilots does a walk around the plane to check everything is in order, before we power up, input the route and go through security checks. Once the passengers are on board and any last minute calculations are done, we close up the doors, call the tower and we push back. Once we’re on the taxiway, we get the engines started and we prepare for take-off. Then it’s on to the best bit – flying! After work, I’ll be home within 30 minutes – that’s one of the great things about working out of Bristol Airport compared to somewhere like Gatwick. 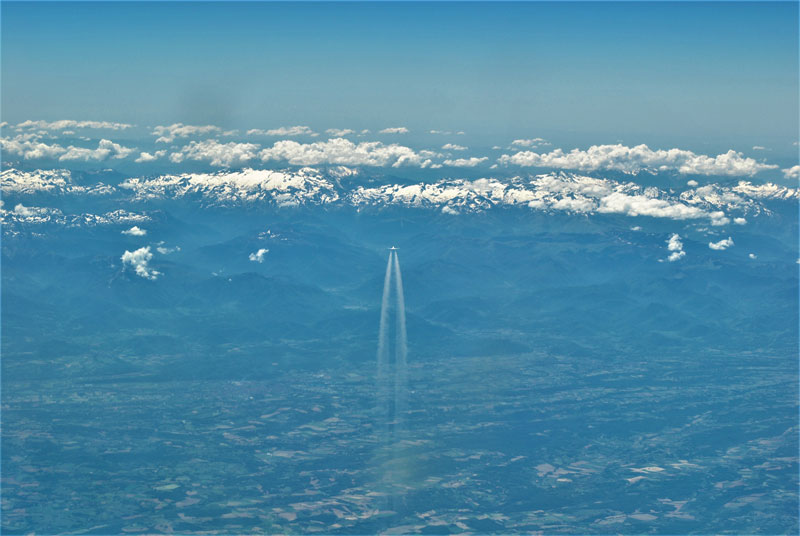 Every six months we have to go for simulator checks which last two days. We’re under constant scrutiny, which is for the best. We are responsible for the safety of a lot of people every day, so it’s essential our knowledge and health is at its best at all times.

What are the best things about being a pilot?

Some of the sights we get to see! On lovely clear-blue days, you can see for miles and some of the views are just incredible. The other day, the Northern Lights were so far south that we could see them while over northern France. I also really like not having to work a standard nine-to-five, Monday to Friday. My days are so varied. I’m never in the same place from one day to the next and I get to work with different people. I also get days off during the week which is great.

What is it like to work to work as a pilot out of Bristol Airport?

It’s a reasonably short runway which can be challenging. We have to go into low-visibility procedures a lot in Bristol as well, which is fairly uncommon unless there’s light wind, but in Bristol there is a lot of low cloud. The airport was built on a hill which creates the foggy atmosphere. But we get used to it. Our airline has over 60 routes from Bristol, so there’s huge variety in my schedule, but the Bristol base is small enough that you get to know people; it’s more of a family community. I love Bristol as a city too. It has the buzz of London, but you can actually get a table in a café! I love that I can walk my dog in the countryside before or after work. It has the best of everything really. Rolling hills, the sea nearby and a bustling city.

What are your favourite places to fly to at the moment?

One of my favourite places to fly to is Nice. You can see all the super-yachts and multi-million euro mansions as you come in. Geneva is top of the list though. I love the view of the mountains and the lakes as you approach. It’s beautiful both in the winter and summer.

What’s your advice to anyone aspiring to become a pilot? 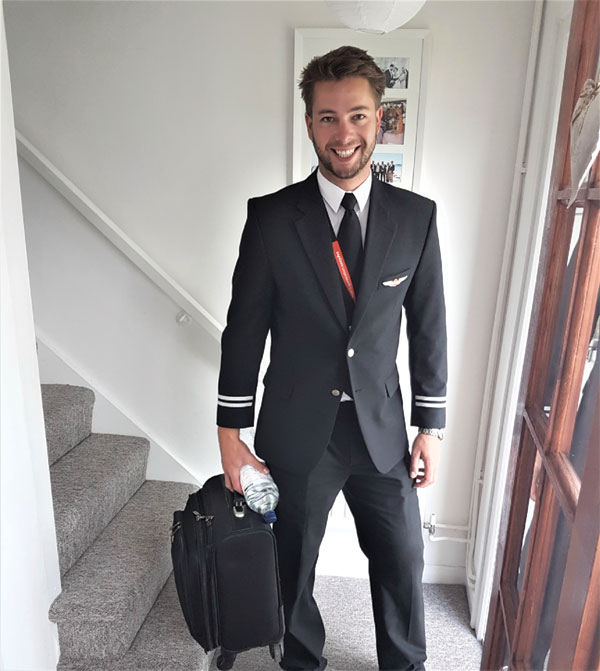 Even though it may sound cliché, I’d say: work really hard at school. For easyJet you need to have at least five GCSEs at grade C and above (including maths, English and science). Also, and most importantly, just never give up. The journey might not always be easy – mine wasn’t – but you’ll get there. If you want it badly enough, you can make it happen. I’d definitely get a few flying lessons when you can – even gliding will give you a taste for it and it’s much cheaper because there are no fuel costs. Go to your local aero club and find out as much information as you can. If you’re committing to being a pilot for the rest of your life, you’ve got to know you love flying, not just the idea of being a pilot.