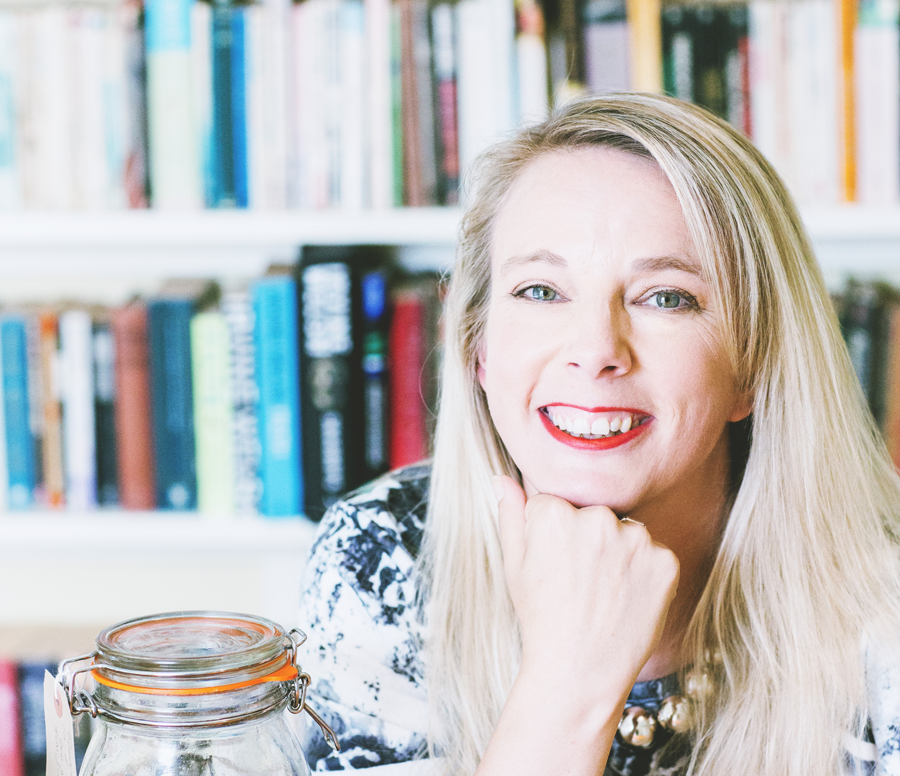 We find out more about Sam of Espensen Spirit, the newly launched local producer, based in St George

Sam Espensen has been making boozy beverages for friends and family for years, but it was only last year that she decided to go into partnership with pal Phil Gillies (pictured below) – turning her lovely range of recipes for flavoured vodkas, gins and whiskies into a one-of-a-kind business, Espensen Spirit, all while running Conversation Creation PR.

Made using fresh produce from Bristol Fruit Market, and base alcohol from Langley Distillery, the drinks are artificial colour and flavouring free. It does mean they have a shorter shelf life than most spirits, and are best drunk within a few months of being made, but we can’t see that ever posing too much of a problem, especially after sampling them at the brand’s quirky launch at 20th Century Flicks on Christmas Steps recently…

“I couldn’t think of a better place to start a spirit brand, as the South West is historically linked with rum and gin, and the city has a thriving pub and bar scene…”

Sam’s first wave of products – available in beautifully shaped bottles that range in price from £3.25 to £29.50, if you’re in the market for a Christmas gift – consist of the Gin Genie (a blueberry gin), Ruby Cuby (rhubarb and custard vodka), PG Sips (pink grapefruit and raspberry vodka) and Pump Up the Jam (raspberry gin). “The branding and names reflect our love of film, music, books and animals,” says Sam, who has taken on friends Charlotte Cripps and Somerset artist Richard Fry as her brand manager and illustrator respectively.\ “And I couldn’t think of a better place to start a company than Bristol. Particularly a spirit brand, as the South West is historically linked with rum and gin, and the city has a thriving pub and bar scene. We feel so lucky to be based in St George in what is basically now the brewing quarter of Bristol – we’ve got several breweries within walking distance and John from Arbor Ales has given me loads of advice so he’s a bit of a hero of ours.

“The bottles we use are made of Italian glass – we hope people keep them once they’re empty to use for vases, oils, vinegars or their own homemade drinks,” she adds. “Their unusual shape meant our labels were the hardest part of the process in terms of getting the brand off the ground – they took 11 different print suppliers to perfect. We set our hearts on using these particular bottles, but because of the way they curve they proved excruciatingly difficult to work with. A few times we considered chucking the towel in and either compromising or changing bottles but I’m really glad I stuck to my guns.” It took a while to whittle down the winning flavours too, and a good deal of experimenting, we’re told. “I wanted to make a drink that combined strawberries and mint, but it tasted really artificial,” remembers Sam. “I had the same problem I have with a lot of other flavoured spirits on the market – they taste of the fake version of what they’re meant to be rather than what the actual fruit tastes of. I also once made a blueberry vodka by accident (put in the wrong alcohol!) and I wasn’t a fan of that. Oh, and there was a passionfruit vodka that tasted like a bottle of TCP…

We recently discovered our rhubarb and custard vodka goes really well with puddings or cakes, and if you serve it in a glass of prosecco or champagne it pairs nicely with a lot of canapés. I like our raspberry gin with tonic as a mixer, and served with hard cheese, while our blueberry gin tastes delicious with cheesecake and Bakewell Tart (we have a cocktail we make called Genie’s Cheesecake, in fact).”

So, whatever happens to all that leftover spirit-infused fruit, we wonder, innocently… “Watch this space,” says Sam. “None of it is thrown away, don’t you worry – there’s too much booze in it for that! We have plans for it that involve cocktails and food products that we’ll be announcing soon.”

Having been diagnosed last year with CPTSD (complex post-traumatic stress disorder), Sam is using Espensen Spirit, which has been a key part of her recovery, as a platform to raise awareness of mental health issues, especially in the workplace. Donations from every sale are being made to local charities, including homeless charity Caring in Bristol; Holly Hedge Animal Sanctuary; The Racehorse Rehoming Centre and a local cancer charity.

“Besides the tasting part, which is pretty good, it’s the people I work with who are the best bit of all of it,” smiles Sam. “Because I have CPTSD, I don’t do well in a ‘normal’ office environment, and we’ve created a workplace where we really respect and look after each other. You spend most of your life at work so it should be enjoyable and certainly not something you dread. I consider myself incredibly lucky to finally have a job where I am happy. So I love the people as much as I love physically making and testing the drinks.”

The boss is pretty hands on, then? “Yes, I make every single drink – macerating, chopping, stirring, filtering – and and am up at 5am to get the best deals from the fruit market. I chose to include my own name in the brand because I was ashamed of it for years due to a difficult upbringing. But I have now decided to embrace it and be proud of my ‘Espensen spirit,’ as that is what has helped me get through tough times. And besides, all the best alcohol has an unpronounceable name!”