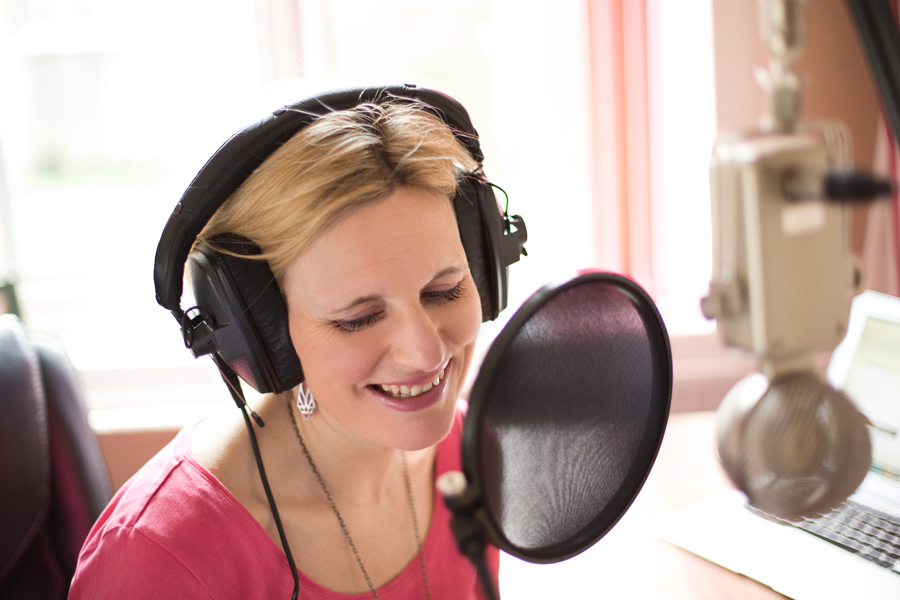 We shine a spotlight on the local folk that help make up the fabric of city life – this month, we speak to ‘Freelance Mum’ Faye Dicker

Being a working mum is no mean feat – late nights, early mornings and a hectic schedule – but local freelancer Faye Dicker has got it down to a tee. Balancing voiceover work, radio presenting, media masterclasses and her ‘Freelance Mum’ networking site with looking after two young girls, Faye encapsulates the busy lives of 21st-century parents up and down the country. Sure, we can do more than one thing at once (does eating and watching television count?) but this is taking things to the next level…

“I think the trick is – particularly as a freelancer – to see it, as much as anything, as a lifestyle,” says Faye. “There’s no such thing as a Monday to Friday nine to five, it’s more a blended work/life balance.

I have two clear child-free days a week, when I try to shoehorn in as much as possible, but inevitably, work falls on days when I have the girls. Then it’s a case of working wonky hours or calling on friends and family. I’m lucky in that voiceover work is typically short sessions, and usually from my studio at home. I’ve become a dab hand at doing some serious multi tasking while my two-year-old naps!”

Faye came across voiceover work following her role at BBC Radio Bristol, and now works for companies including NPower, Very and most recently Great Western Railway, lending her dulcet tones to a variety of advertising and marketing campaigns.

“As a radio presenter, I quickly realised it would always pay to have another string to my bow. A friend of mine, who I went to college with, had started out in voiceover and I couldn’t help but wonder if I could turn my hand to it. My background was in acting – I’d done quite a lot as a child, so it was a case of bringing scripts to life with a wider range of talking. I took a gamble, or rather my parents did – and lent me the money to buy the equipment and set up a studio. I’ll never forget it – it was a broom cupboard with a light, power point and just enough room for me to get my knees under the desk and shut the door behind me! It was one of the best investments I ever made and the most lucrative cupboard in the house!”

“I think the main thing is to be yourself, or better still, be the best version of you. Be authentic.”

Now, possessing so many strings to said bow she could be mistaken for a one-woman orchestra, Faye has been passing her expertise on through a series of masterclasses for businesses and individuals – also pretty nerve-wracking, we would imagine? “I think the main thing is to be yourself, or better still, be the best version of you. Be authentic. If you take some deep breaths before you start talking, it always helps calm the nerves and if you think you’re nervous, try and pitch your voice a little deeper than usual. You instantly sound more confident.”

Managing the nerves is one thing, but we wonder how voiceover artists and presenters manage to maintain professional decorum at all times – surely there have been times when the giggles took over?

“To this day, I still think the memory that makes me smile the most was doing the paper review with Richard Wyatt on BBC Radio Bristol, when we were looking at a piece on gardening. Richard was reading about ‘double digging’ and asked me if I knew what a double dig was, only he didn’t say dig – there was a slip of the tongue and a glint in his eye and he said a completely different word, which certainly wasn’t dig! It’s the only time I’ve ever corpsed so much on air, I had to walk out of the studio. I’ve still got it saved at home.” After the births of her two daughters, Jemima and Suki, Faye realised that there was a need to create a support network with other self-employed working parents, leading to Freelance Mum. The platform allows talented business people to showcase their skills, share inspiring stories and offer essential encouragement to new parents, and has given Faye a brand new outlet for her skills.

“Both being a freelancer and a mother can be potentially quite isolating and it’s a constant juggling act. You forever feel as though you’re fire fighting, unable to look at the bigger picture…”

“Freelance Mum feels very much my calling,” she says. “I’ve been a freelancer most of my life, but throwing motherhood into the mix made it a completely different game. Both being a freelancer and a mother can be potentially quite isolating and it’s a constant juggling act. You forever feel as though you’re fire fighting, unable to look at the bigger picture. I launched Freelance Mum initially as a website with podcasts, interviewing fellow mums in business. The idea was to build an online community, to support freelance mums – I thought I was going to change the world!

“I might not have done exactly that, but I have made a difference, and I quickly realised there was a need for an offline community as well. In July 2014, when Suki was just 11 weeks old, I took the plunge and started networking events designed for freelance mums (and dads) to do business in a family-friendly environment. It was one of those slightly bonkers decisions and just worked and has continued to flourish ever since.

“As a ‘freelance mum’ you’re forever cramming things in and networking goes out the window – yet it’s one of the most important things. Not just for generating business, but for staying connected and meeting like-minded people. Having events like ours allows business and children to be integrated and, put simply, it makes life easier.”

And the ‘blended work/life balance’ seems to be working like a charm for Faye, who cherishes the everyday pleasures of raising two young children in Bristol. “I can honestly say I love doing the school run,” she says. “We live in Whitchurch Village and last year I bought a cargo bike to take the girls to school in – it’s amazing! It’s a huge trike from Denmark with a box on the front, and the girls sit completely strapped in. Think of an ice cream seller’s bike and you’re halfway there. It makes me smile every day, as I cycle my socks off and take them to school in it, though the hills are flipping hard work!” We’re hardly surprised, considering we’re usually panting halfway up Park Street, sans trike and two children. Between peddling and freelancing, Faye must have to relax some time, so we ask after her favourite place in Bristol to kick back with the family…

“I think the docks take some beating – sorry, I’m old school and still call the ‘harbour’ the docks! It’s such a brilliant place to walk, at any age, but with children it’s a whole adventure – you can take bikes or scooters, look at the boats and have an ice cream. We’re also big fans of the Suspension Bridge. One day last year, we got all dressed up – I wore my wedding dress – and made hot chocolate in the camper van, before driving across the bridge. It was completely lush – one of my favourite memories in last year’s memory jar.”

We’re sure 2017’s memory jar will be full before spring has sprung as the new year is bringing a whole host of exciting new plans for Faye, including her special ‘Freelance Mum: Brave, Bold and Bonkers’ event in celebration of International Women’s Day on 8 March.

“We’ve got three guest speakers, including an adventuress, an artist and CBeebies presenter Katy Ashworth – telling her bonkers story of life as a freelance single mum. It’s the showcase event in the diary, so a lot of legwork has gone into it, but I’m pleased as punch to be holding it in the old HTV Television Studio on the Bath Road – which ironically is where I started out as a child at HTV Drama Workshop. Funny how life goes full circle. Then, in between work, there will be plenty of camping trips and visits to our favourite haunt in Westward Ho – more than enough to keep me busy, as usual!”