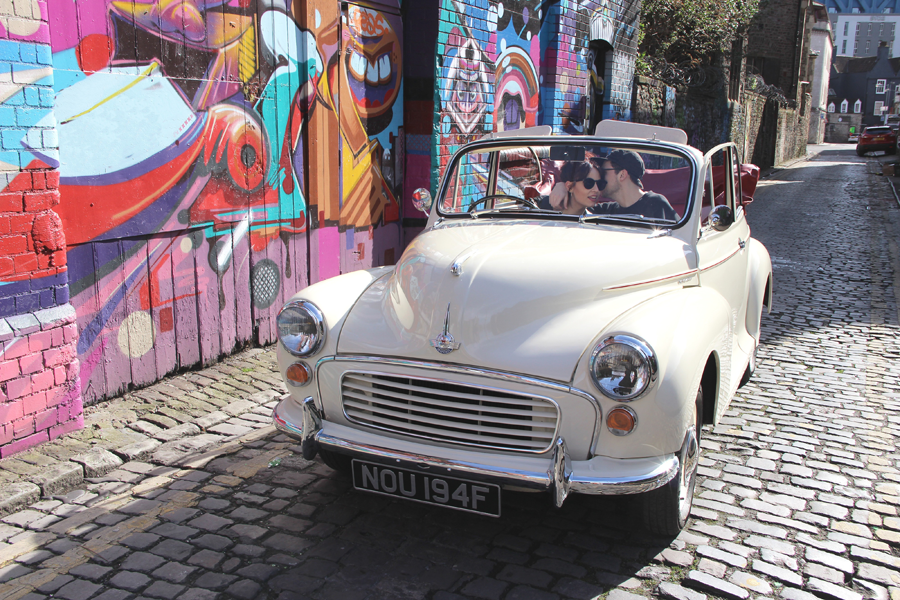 Zac Ware might be best known as the guitarist in The Proclaimers, but he has another, quite different, passion too – for the humble Morris Minor – inherited from his father, Charles Ware, who started an automobile restoration business in Bath back in 1976. “While he was searching for a new business idea, he went to some local car auctions and found that Morris Minors were still very cheap but reliable,” says Zac, who now directs his dad’s company from its Brislington base. “He’d always loved classic cars, and in the early ’70s had imported American classics until the OPEC oil crisis meant that gas guzzlers were no longer economical to use. The Morris fused his love of design, cars and conservation.”

Starting out with three cars, the business soon grew to become the leading Morris Minor restoration company in the UK, inspiring others to preserve the future of the British icon. “When my father fell ill in 2010, my partner Lucy and I moved from Glasgow to Bath to look after him,” explains Zac. “We soon found ourselves looking after his business interests and began to run the company full-time in 2011.” Nowadays there’s an ‘a la carte’ menu to give customers an understanding of all the work that can be done on their beloved vehicle. “We help them choose the most essential work to make the car safe and functional, depending on their goal and budget,” says Zac. “They have the choice about how far they want to take the restoration and whether they wish to add any of the extensive upgrades to adapt their Minor to modern driving conditions – for example, disc brakes, telescopic suspension – and can plan a staged restoration over many years. Recently we restored a Minor Million and have another one in production that will also be fully restored. Seeing a customer’s pride and joy – dragged out of a garage or barn – driving off our premises in all its new-found glory, is always the best bit.”

And meeting like-minded Morris lovers too, we bet. “We have world-famous authors, musicians, comedians and media types among our clientele – my father once drove Princess Diana around the grounds of Viscount Linley’s estate,” remembers Zac. “There were many people who had the ‘pleasure’ of being taken on a test drive by him and came out the other side with white knuckles and a fresh impression of what a Minor could do on the roads – the company was so well-known in the early days that letters would just arrive addressed to ‘the Morris Minor Man, UK’. A letter sent from Japan even got to him with just some hand-drawn sketches of the Morris Minor badge!” In a nutshell, the beauty of owning a Morris is that you are owning a piece of history. “The design is a throwback to coachbuilt lines and curves, and wherever you are in the country, you can pull up to a traffic light or into a carpark and have people crowding round and telling you anecdotes about their auntie’s, father’s, grandmother’s Morris,” says Zac. “This social aspect is augmented by the large Morris Minor Owners Club and its rallies, as well as all the regular classic car meets. The driving style is unhurried and appeals to those who don’t want to rush at the pace of modern society, and – even though the youngest model is 45 years old – they have surprising reliability. The smell is instantly recognisable too. To an owner who has a close relationship with their car, perhaps to the point where it feels like a member of the family, all these things add up.” We have to say, life with a Morris does sound pretty appealing. Think our run-of-the-mill modern motor might have outstayed its welcome…