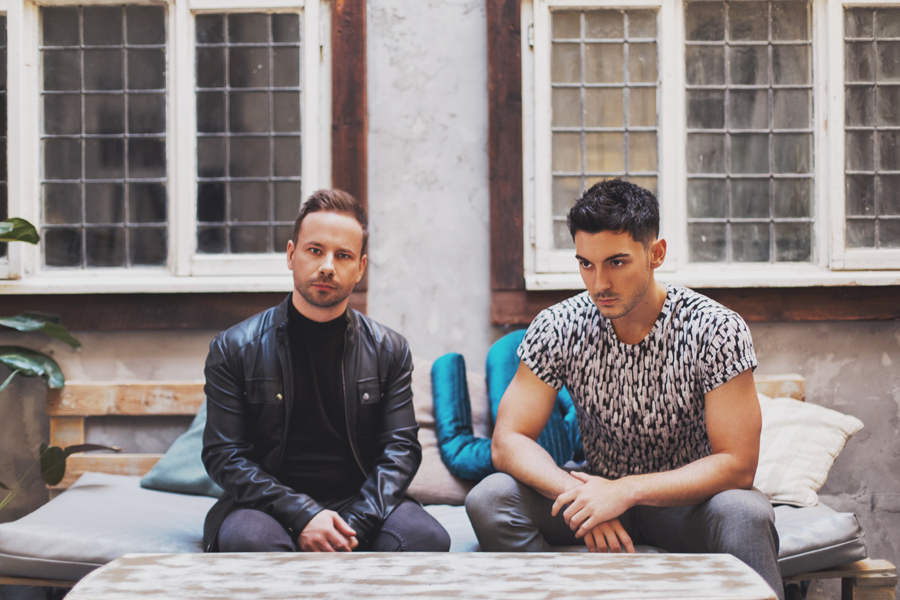 Bristol At Work: The Famous Company

In an increasingly competitive music market, independent self-releasing musicians have swum upstream against the tides of the major labels and big budget management companies; and in this digital age of music streaming and releasing, penetrating said market has become more and more difficult for these autonomous musicians. Enter, The Famous Company – an innovative, forward-thinking music industry services company aimed at the unsigned sector. Their aim? To plan, design and execute laser-sharp release campaigns with all the makings of a record label project, but on an independent budget.

These Bristol-based music moguls – 32-year-old Matt Allen and 25-year-old Ben Rees – are now entering their third year of trade. Working out of their chic Stokes Croft office, they’ve amassed an impressive client base of over 300 independent, self-funding artists from across the UK, and are launching their first US office in Los Angeles this summer, following six-figure turnover success over here. Here the co-CEOs speak about the changing face of the industry and how unsigned musicians can stay ahead of the game. The duo have recently been working with local recording artist Rhyze

How has the music industry changed over the last 10 years and how has this affected independent artists?

Ben: I think it’s fair to say the industry has been completely turned on its head. In many instances, the introduction of new technologies has left labels struggling to keep up. For me, the biggest and most exciting changes are happening for unsigned artists. Labels are becoming increasingly redundant and we’re seeing more and more artists – such as American artist Macklemore ­– retaining ownership of their masters, retaining publishing rights and, ultimately, staying in charge without signing a traditional record contract.

What are the major factors affecting the success of a release campaign in the current market?

Matt: From a marketing perspective, I think the rules for a successful release are constantly being rewritten. But, undoubtedly the most important factor is the music. Does it connect with the audience and are people likely to engage with it?

Ben: I think one of the most exciting new marketing trends will be the introduction of ‘social influencers’ to create viral engagement – we’ve actually pioneered a really cutting-edge service that focuses on reaching new and unique audiences by working directly with these social influencers online. What advice can you give to unsigned musicians looking to get ahead in the industry today?

Ben: Be innovative, break rules and learn as much as you can about the music business. To be successful you’ll need to be able to do the job of a label, or recruit people who can fill in the gaps!

Matt: Don’t give up! It’s such a hard industry to get into and not everyone will get as far as they want to. There are so many artists who have written songs for other artists, and that’s where they get most of their income. It’s not all glitz, glamour and Brit Awards!

Are there any unsigned artists that you think are doing a particularly good job in the current climate?

Matt: Absolutely. Chance the Rapper is a great example of an unsigned hero right now. He’s turning down $10million deals to stay independent and retain creative control over his work. It just goes to show that, with the right team and focus, you can absolutely be as successful as some of the signed acts with major labels. As a business, what is the key to your success?

Ben: I think a lot of it is down to being innovative; we always work on the basis of efficiency and often ask the question; how can we make this better? If an equal or better result can be achieved by spending less time and money, then we’ll take that option.

Matt: We really care about our clients’ development. Unlike a label, we look to create short, mid and long-term plans with artists to ensure that there is always a next stage to their progression. This allows them to keep evolving and moving their career forward.

What is it that you enjoy about working in the unsigned sector?

Ben: For me, it’s always been about bringing someone’s creative ideas to life. Too often, labels dictate the direction that an artist should take and I love knowing our clients can have whatever their imagination can conjure up (within reason!)

Matt: We also work with some heritage artists who have previously had a deal. For various reasons they are no longer working with a major label, and they’ve told us our approach is a breath of fresh air which is really great to hear.

What’s next for The Famous Company?

Matt: With our expansion into the US, the sky really is the limit. We have so many plans, including some exciting partnerships with other independent music industry companies that will allow us to expand our offering to unsigned artists.

Ben: We’ve just had a really killer year in the UK and are lucky enough to have a really dedicated team of 13 based in Bristol now. Obviously our attention will be heavily focused on making sure that Los Angeles takes off in the same way, and beyond that, who knows… We’re both quite set on launching a publishing arm later this year as it will open up so many doors for the artists we currently work with.

Why did you choose Stokes Croft as the home for your office?

Ben: It’s such a vibrant, creative hotspot that we really couldn’t imagine being anywhere else. There’s a real sense of community here and such a liberal attitude towards art and music. We hope to be able to remain here as the business grows.

Matt: The street we’re on is a hub of creative businesses. We’re part of a really supportive community who work together to ensure everyone feels welcome and included. We even have a summer street party!

What are your thoughts on the Bristol music scene?

Ben: Of course we’re biased, but I’d say it’s one of the best. We’re so lucky to live in a city that offers such a diverse range of talented musicians and DJs. That said, it’s a real shame to see local live music venues like the Stag & Hounds closing their doors in this tough economic climate. I hope local music lovers can continue to get behind live music venues as well as the bands and acts that play them.

Matt: I have lived in Bristol for seven years now and I honestly wouldn’t live anywhere else. Bristol, as a city, gives you a warm hug when you arrive. Whenever I tell anyone who works in the music industry in London that I live in Bristol, they are insanely envious. It’s sometimes a juggle working in Bristol and having to travel to London for various meetings, but it’s so worth it.

To find out more about The Famous Company visit thefamouscompany.com