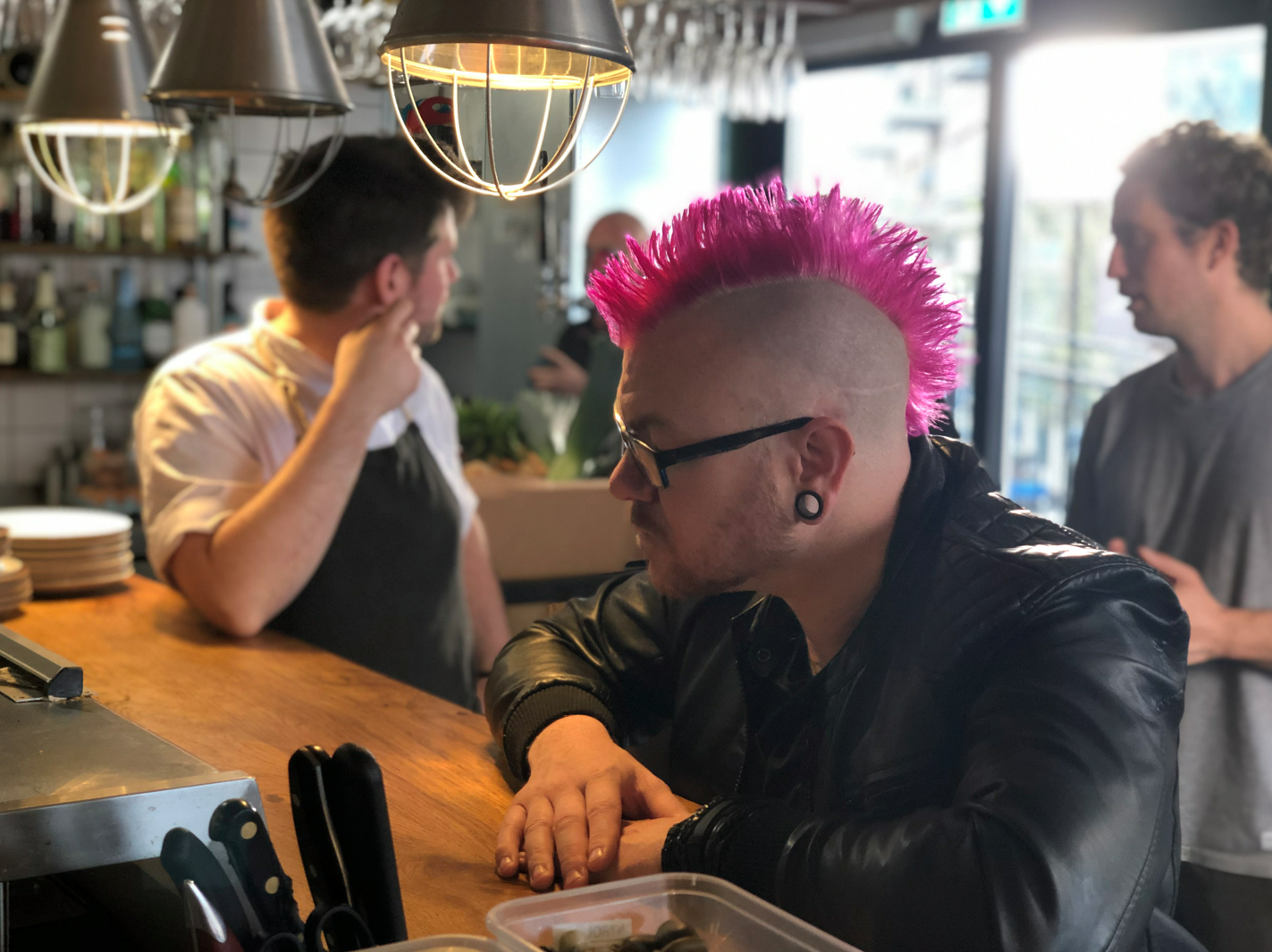 The programme sees an early morning start for Scott at Bristol Fruit Market, which provides chefs and businesses in the South West with fresh produce from the area and all over the world. Scott chooses local, seasonal produce to take to celebrated young chef Rob Howell at his restaurant Root at Wapping Wharf. After sampling Rob’s asparagus, almond and preserved lemon he is inspired to make avocado tacos with produce he has from the market, before meeting up with David Ellington, a Deaf actor and native Bristolian of Jamaican descent, to chat about his life and to sample some Caribbean inspired vegan food.

To find out more about the city’s relationship with edible plants, he meets Sara Venn, founder of community-based urban garden scheme Incredible Edible – where anyone can plant, and anyone can take – before making a deconstructed rhubarb crumble. Finally, Scott goes to country house hotel Berwick Lodge on the outskirts of the city to meet up with Deaf gardener Robert Dunster who used to be gardener to the Queen. Scott cooks wild garlic gnocchi for Robert before he samples his first ever vegan burger in front of the Clifton Suspension Bridge.

The series is produced by Bristol-based Andy Clarke, who’s worked in TV cookery for the past 13 years, on programmes such as Saturday Kitchen Live, James Martin’s American Adventure and Gordon, Gino & Fred: Road Trip. “Last year I was approached by The British Sign Language Broadcasting Trust to devise a series for talented pro chef Scott Garthwaite, known as ‘Punk Chef’, who has been Deaf since he was a toddler,” says Andy. “I scripted and produced a pilot episode set in Scott’s native land, the North East of England, where we visited Rockliffe Hall – a place where Scott trained. We also met many other talented hearing and Deaf foodies and food producers along the way. Punk Chef on the Road was such a success that BSLBT asked for more!

“Developing ideas for future episodes, I was keen to bring Scott to Bristol. During brainstorming, we decided to focus on the city’s world-class vegan scene and the resulting episode was entirely vegan and celebrates some of our city’s leading plant-based food obsessives.

“It’s always personally exciting for me to film my home city – especially when it’s showing off the food scene. Filming at places like Bristol Food Market is great. I get so much out of it – meeting hard-working, passionate people that make the food scene tick.”

Punk Chef on the Road: Bristol premiers on Monday 4 November at 8am on Film4 / 7pm on Together / 10pm on Together

Next
How to: Make Halloween fun without the frightful waste
Start typing to see results or hit ESC to close
bristol history nightlife music venue area 404
See all results