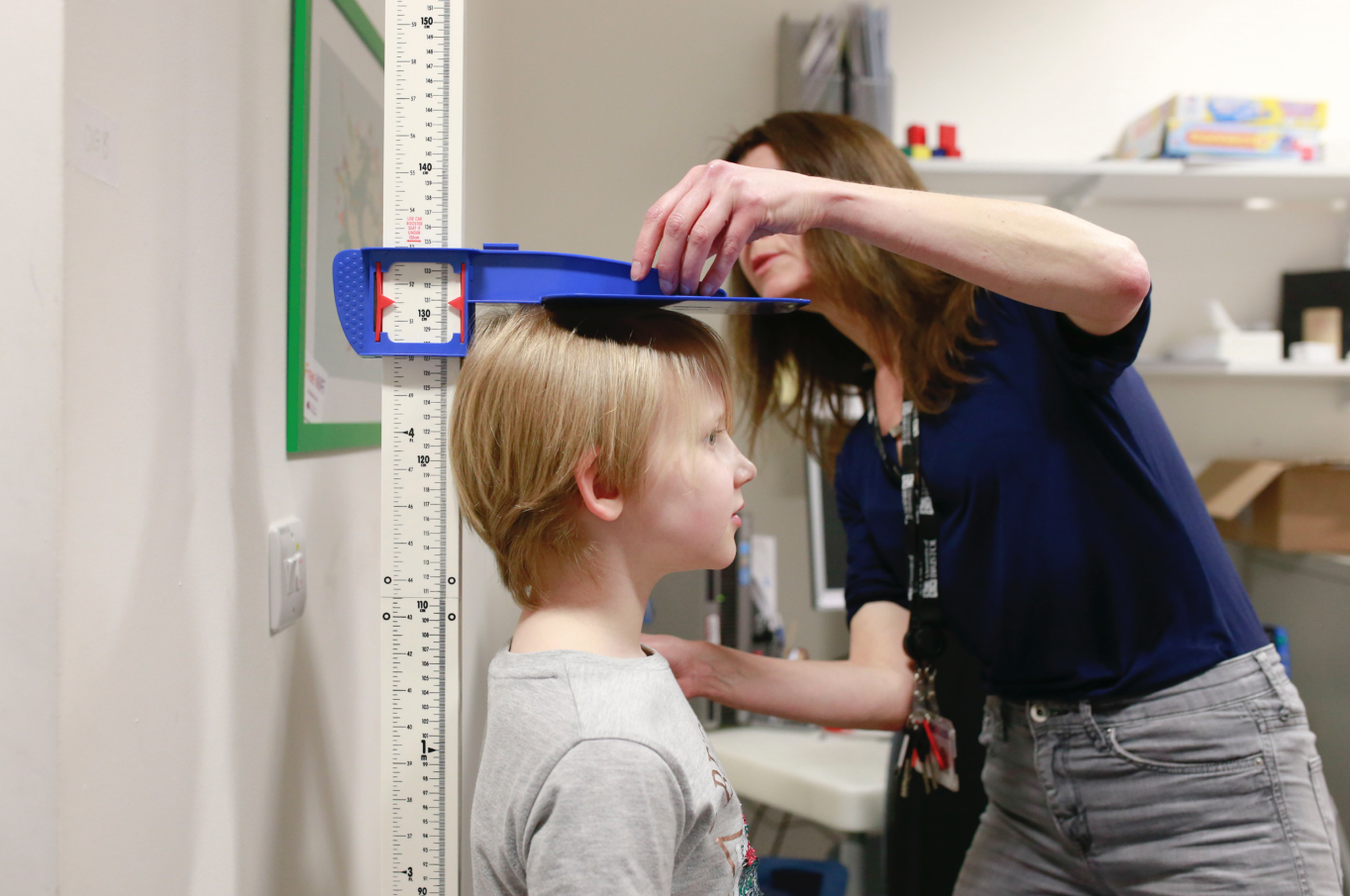 An interview with Professor Jean Golding

Professor Jean Golding, founder of Bristol’s unique pioneering project Children of the 90s, celebrated her 80th birthday last year. Last year we spoke to Jean about long-term health and just how valuable her study has been for cities across the world.

Children of the 90s – or The Avon Longitudinal Study of Parents and Children (ALSPAC) as it’s more formally known – is a study of three generations of Bristol families which has enabled truly ground-breaking global health and social science research over the past few decades. It began by recruiting 14,500 pregnant women living in and around Bristol with an expected delivery date between April 1991 and December 1992. There were 14,062 live births and a further 913 participants who joined the study after the age of seven (from mothers who did not originally enrol but were eligible).

Since then, biological, environmental and lifestyle data has been collected from the original study mothers, fathers, their children and their grandchildren (there are now 1,000 ‘Children of the Children of the 90s’ too). As a multi-generational longitudinal study, the CO90s data and samples help scientists understand how health, wellbeing and disease are passed through families. It’s the largest and most detailed resource of its kind in the world for the study of the environmental, biological and genetic factors that affect our development.

Throughout their lives, questionnaire data has been regularly collected, covering everything from exposure to alcohol, smoking, sexual behaviour and depression, alongside major life events, family/sibling relationships and puberty timing, to name a few. With such detailed data and samples, Children of the 90s provides a unique opportunity to study how socioeconomic, lifestyle, genetic and many other factors influence health and wellbeing across generations.

New techniques are always being developed to remotely collect data in the home, workplace or out and about – currently tiny wearable head cameras are used to record participants interacting with their infants at home, and monitors directly attached to the body continuously measure glucose levels during pregnancy. A new project will also see researchers analysing Twitter data to measure mental health, and there are plans to develop an app for participants, use artificial intelligence to code footage from wearable head cameras, and explore how smart watches could be used to calculate alcohol consumption more accurately than questionnaire data. Professor Golding told us more…

TBM: What prompted you to start the study and why the Bristol area?

PJG: I had long been interested in the question of why some individual children had disorders of various sorts and others were always fit and healthy. I was aware of the ways in which genetics may influence this but also the importance of features of the environment. The best way to study the importance of these factors was to carry out a study following children over time. The optimum way to start was to begin in pregnancy and collect as much information as possible from then onwards. I was based at the University of Bristol, and Avon was an ideal study area, with the different environments of the city, the rural areas, and towns of various sizes such as Weston-super-Mare, Nailsea, Portishead, Thornbury and Keynsham. There was no particular reason for starting in the early ’90s; it was when we were ready to begin.

…Avon was an ideal study area, with the different city environments, the rural areas, towns of various sizes…

What good news have you been able to share as a result of the study?

There is so much that the study participants can be proud of. The results were used very early on to support evidence suggesting that putting babies to sleep on their backs was the safest way for the baby to sleep. Ultimately this message was transferred throughout the world with the result that thousands of babies’ lives were saved. Other good news stories have concerned the importance of ensuring that peanut oil in creams were not rubbed onto broken skin, as this appeared to make peanut allergy more likely – this has resulted in manufacturers omitting peanut oil from their skin creams.
The study has been instrumental in showing how important it is to eat fish, especially for a mother to eat fish in pregnancy, since this is associated with brighter children with better vision. Most recently, the study has provided really important evidence on the changes in prevalence in maternal depression and the importance of internet content for mental health – policy relevant findings. I could go on and on, but basically the information collected has been of such high quality (thanks to all taking part) that it keeps giving and giving. This is why so many scientists still want to take part in analysing the information.

Why has this study been so unique?

It was unique when it started because of the breadth of information it collected. It had a very strong and supportive ethics committee which contributed to the trust that developed between the participants and the study. Researchers around the world still find it unique as they can measure and study a host of health and social issues from the womb to old age – it is having a mass of data on the whole family over time that continues to make Bristol special in these studies.

…This rise in depression suggests not all of the progress made during the past 28 years has been beneficial to our mental health….

What has been the most important or surprising finding so far?

I think one of the more shocking findings, published last summer, has been the contrast in the mental health between our pregnant mothers in the early ’90s and the increase in depressive symptoms in their daughters when pregnant. This rise in depression between generations needs confirmation in other studies but suggests that not all of the progress that has been made during the past 28 years has been beneficial to our mental health.

What has the recent milestone of 2,000 papers being published meant?

It is a measure of the success that the study has had as it continues to be an important resource for many branches of science. It is an indication of the large number of different topics that have been studied, and the quantity of high-quality multi-disciplinary scientists involved worldwide.

What data have you gathered on the offspring of the CO90s?

The data is forever expanding. In pregnancy we collect blood and urine samples, at birth we collect the placenta, blood from the cord, meconium and breast milk and we ask young children to donate their milk teeth. In between all of this, our study participants contribute blood, urine and saliva at regular clinics, questionnaire responses about all aspects of their life and we also link with other sources of data on health, education and social care. Researchers can also request special clinics so we may also be collecting skin samples, brain scans or lung function data alongside this. Our latest research is looking at whether we can use Twitter feeds to help assess changes of mood throughout the day.

Is there more focus now on fatherhood than before?

We had a policy from the start that we would include study fathers. However, it was the pregnant mother who was our first contact, and we decided that it was up to her to decide whether to involve fathers. Many were involved from the very beginning, and a large amount of information was gathered from each. This study was the first major longitudinal cohort to include fathers, and we continue to consider them to be important subjects, including a new project starting that uses head cameras to study father and baby interactions.

What feedback have you had from participants?

The response from participants has been amazing, especially from the original study parents. Most of the population of the Avon area seems to have been involved in some way – those who lived here in the early years came to know about it from our frequent news items in local newspapers, television and radio. Most seemed to know someone who was involved, whether a friend or neighbour, a relative or acquaintance. I often get stopped in the street by a study participant thanking me for letting them be part of such an important study. I reply that, on the contrary, it is the rest of the world that should be thanking them for spending so much time and effort contributing to the study.

What have been the biggest challenges?

Raising the funds to keep the study continuing. In the beginning this was extremely difficult, especially as the scientific hierarchy did not believe that it would be successful. It is wonderful to have been shown how wrong they were.

Why is this an exciting time for behavioural scientists?

Behavioural science has always been exciting – although when I was reading about it at school, it was usually animal behaviour that was so intriguing. Fortunately, the use of questionnaires had improved rapidly by the time I started dreaming of what was to become Children of the 90s, and we have been able to use questionnaires to obtain many details of individuals’ personalities and behaviours. All of this adds to the breadth and depth of the study.

How has the world of research changed during your long career? And how did you go from studying maths into this sort of research?

The major change, of course, has been in the development of fast computers. When I started in the field of epidemiology in the 1960s most of the calculations we carried out were with very slow, clunky machines. I had no idea how amazingly computers would change over time. Mostly this has been for the better, but there are disadvantages – one always had to guard very carefully against making mistakes, but with fast computing systems these are more difficult to spot. Going from maths to this research is a very long story – in brief, it was mainly by accident. I was a single mother with two small children and needed ways to earn enough to keep the wolf from the door. I answered an advert for someone to work with a team and do basic calculations. They were working on a big survey, and I got fascinated by the research which was basically to search for the causes of different diseases – rather like a detective story, there were red herrings to mislead you, but the excitement of discovery of a true association was inspiring. I was hooked, and have never looked back.

Children of the 90s continues to recruit new participants. If you were expected to be born in Bristol or Weston-Super-Mare between April 1991 and August 1992 you should be able to take part. If you are the brother or sister of a Children of the 90s participant you can also be involved; this includes any step or half-brothers or sisters. If you think you are a Child of the 90s or the partner of one of the participants and you have or are about to have your own children (including step-children) then as a family you will be able to take part; bristol.ac.uk/alspac; info@childrenofthe90s.ac.uk; @CO90s