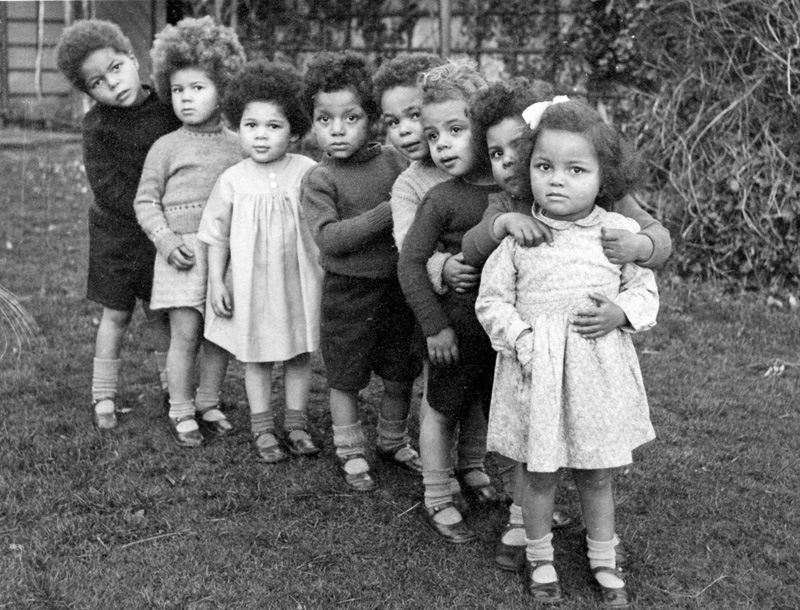 GI generation: the babies left behind

Telling the stories of black GI babies in the UK, a largely undocumented piece of social history is to go on display later this year at Bristol Central Library.

Of the three million American servicemen based in Britain between 1942 and 1945, around 240,000 were African American and many of these GIs had relationships with local women. Approximately 2,000 mixed-race children were born following these relationships and many were relocated to the South West, with Holnicote House in Somerset used as a home for mixed-race children.

The babies were illegitimate because the American white commanding officers refused black GIs permission to marry their pregnant British girlfriends, and the British government blocked the potential adoption of these children by Americans, including by their fathers, despite great interest from hundreds of African Americans. At the time, the media called them ‘brown babies’.

This month, a new exhibition focusing on the untold stories of children born to black GIs and white British women during this period was due to go on display at Bristol Central Library. It builds on important research carried out by Lucy Bland, professor of social and cultural history at Anglia Ruskin University and documented in her recent book Britain’s Brown Babies. Since Professor Bland’s book was released last summer, many more people have come forward to tell their own stories, and the Bristol exhibition featured previously unseen photographs alongside some explanatory text and quotes from the ‘children’ themselves.

“These ‘children’ are now in their seventies and I thought it was important that this significant, and largely undocumented, piece of Britain’s social history was shared with a wider audience before it is too late,” said Professor Bland. “Britain in the mid-1940s was a very white country. This was a time before the arrival of people from across the Commonwealth, including the Windrush generation, who together helped to rebuild post-war Britain.

“There are some heartbreaking stories, and racism was common as the children grew up in predominately white areas – often small towns and villages in the countryside where the GIs were based in the war, with no black or mixed-race role models. However, there are also many uplifting stories such as the children who went on to find their fathers, and their wider families, in the United States.”

Between a third and half of the children were given up to children’s homes. For many mothers, keeping them seemed too difficult, if not impossible. At least a third of the mothers were already married and even if they were single, the stigma of having an illegitimate mixed-race child was hard for them to live with, given the prejudice and racism of the time. Some mothers were forced to give up their babies by their families, by a mother and baby home, or by the local priest.

Holnicote House Nursery was a National Trust building requisitioned in 1943 by Somerset County Council and used to house mixed-race GI babies. The babies were taken from mothers often when they were as young as two weeks old. By 1948 Somerset had 45 such children, over half of whom were placed in Holnicote House.

Deborah Prior’s mother was a recently widowed schoolteacher. When she became pregnant she was taken in by the local vicar to hide her pregnancy. “Because of her position in the community, and because I was going to come out black, I was immediately placed in the care of the Somerset County Council children’s department and placed in Holnicote House,” says Deborah. “She was a reasonably important figure in her local community and the disgrace or the shame of it would have been quite difficult for her to deal with.” 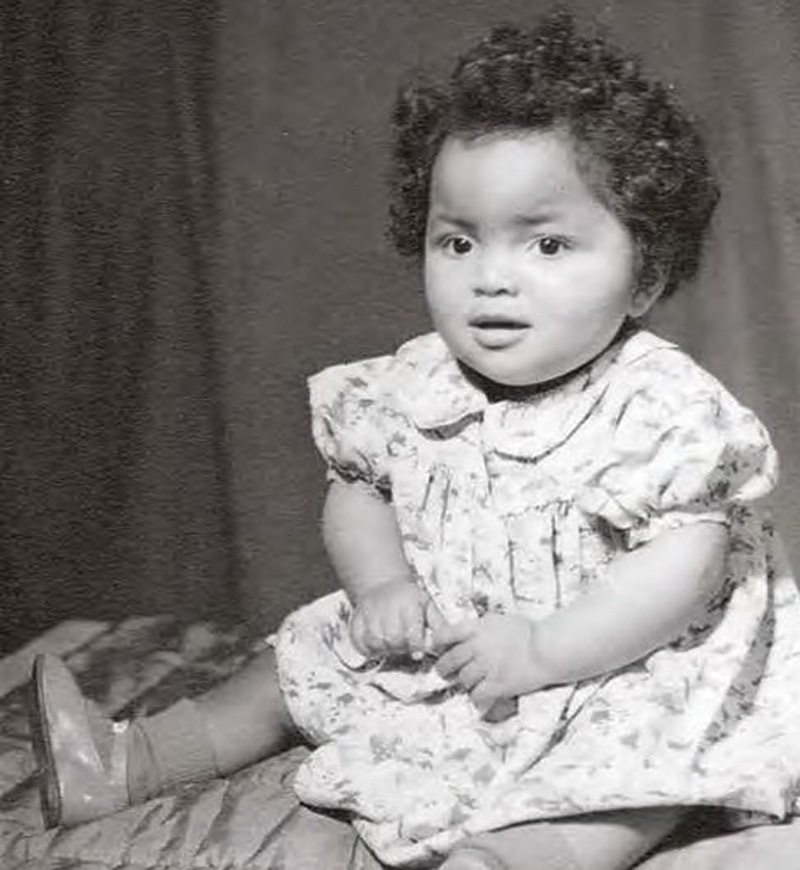 Deborah became a cadet nurse at 16 and immediately felt she belonged: “It was the first time I had anything to do with anybody else that was coloured [since Holnicote House].” She moved to Australia in 1977 and became chair of Palliative Care Queensland and from 2009-14 was president of the Centaur Memorial Fund for Nurses.

Ann Evans’ mother was engaged to be married when she became pregnant; her fiancé was serving in France: “She lets him know that she’s become pregnant, so they bring him home in order to marry her,” says Ann. “She got married in October of ’44; they send him back then to his regiment. I was born in the February of ’45, and of course, because of the colour, she knew I wasn’t her husband’s. So what she told him of where I’d gone, goodness knows.” Ann thinks a miscarriage was probably mentioned. “Within a week of me being born, I was down at Holnicote House – she had to get rid of me somehow, didn’t she, ’cause she didn’t know when he was going to get back.”

Ann was adopted when she was five by a lovely couple in South Wales, who had four grown-up sons. Her parents never told her that she was adopted – “until I was 13 and this elderly lady told me I should go back where I belong, and Mr and Mrs G are not your mother and father…” she remembers. “I went down to my grandmother and told her. She said, ‘Does it really matter? We all love you’.”

The rescheduled dates for this free exhibition are yet to be announced, keep your eyes peeled and check @BristolLibrary and @AngliaRuskin on Twitter for updates.