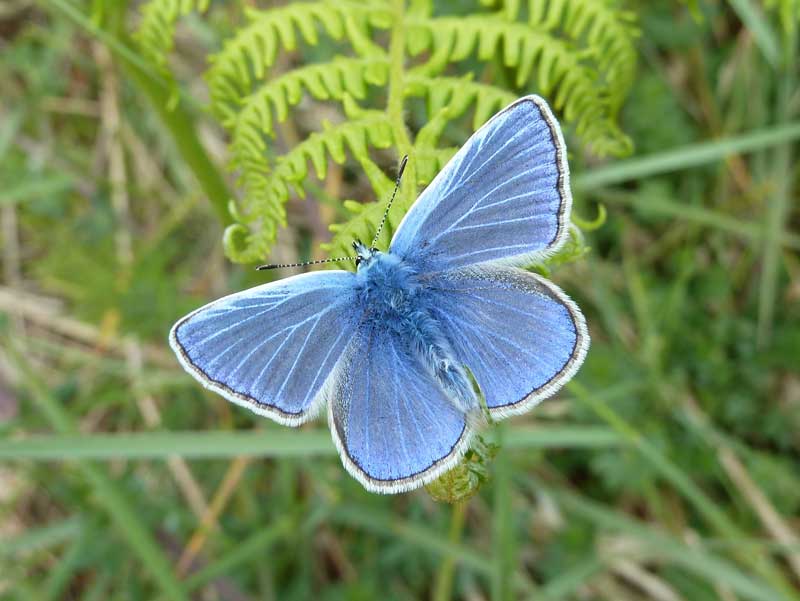 In the summer months, when all’s quiet on the avian front (because the birds are too busy breeding and moulting to show themselves much), we birdwatchers turn our attentions to other winged things. So on the first day of the season, I took myself off to Troopers Hill in St. George – one of the best sites in Bristol for butterflies.

I’d already spent an uncomfortably hot morning burning the back of my neck at my youngest son’s sports day and the sun was showing no mercy when I arrived at this popular, local nature reserve at midday. Walking uphill through an area of long grass, the signs were promising: a Large White (or was it a large Small White?) fluttered purposefully by and, a little further on, a pair of Common Blues tumbled over each other like two windblown scraps of denim.

A flight of steps took me to the top of Troopers Hill with its Grade II-listed, leaning chimney and far-reaching views across the city. As I surveyed the scene from a park bench, a bold, yellow Brimstone bimbled past. The sulphurous colour of the males gives this species its common name, but is also thought to have inspired the name for the whole order of these insects by putting the ‘butter’ into ‘butter-fly’. Brimstones are among the first butterflies to appear, usually in early spring, but I realised that this was only the second I’d seen this year. The unseasonal weather in March (remember the snow?) meant a slow start for these, and other, invertebrates. 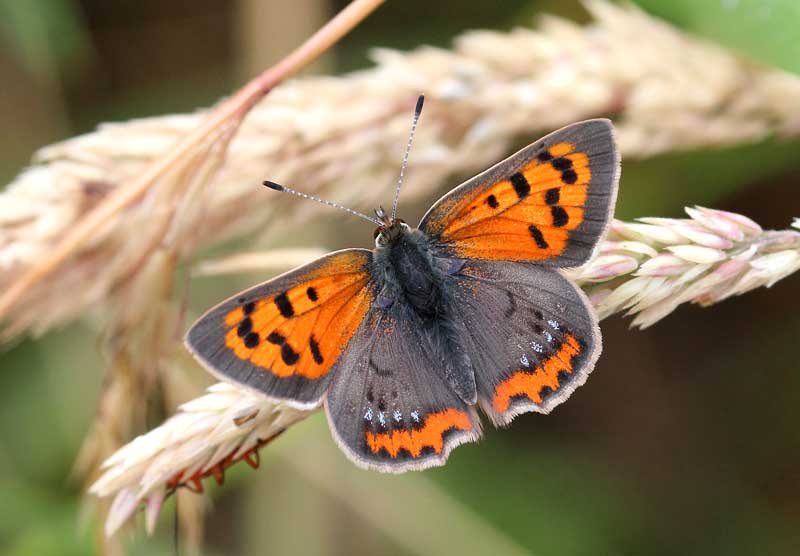 Turning off the main route around the reserve, I slipped beneath a shady stand of still-blossoming hawthorns. The path ahead was dappled in sunlight and sprinkled with petals, as if I’d just missed a summer wedding in the woods. It was a perfect place for Speckled Woods and, sure enough, I soon spotted one of these chocolate-and-cream beauties basking on a nettle. The males are feisty little fellas: I spent a few minutes watching one chase off several rivals that dared to venture too close to its territory.

I retraced my steps to the chimney and then clambered down the steep slope on the hill’s south side. The ground was sculpted here by humps, grooves and gullies – the result of mining and quarrying activity from the 18th and 19th centuries. Patches of Pennant sandstone, from which the chimney is built and that forms much of Troopers Hill, were exposed and the acidic soil had encouraged a wealth of plants (that are found nowhere else in the city) to flourish. Later this summer, the golden glow of gorse and broom will give way to a swathe of purple heather. 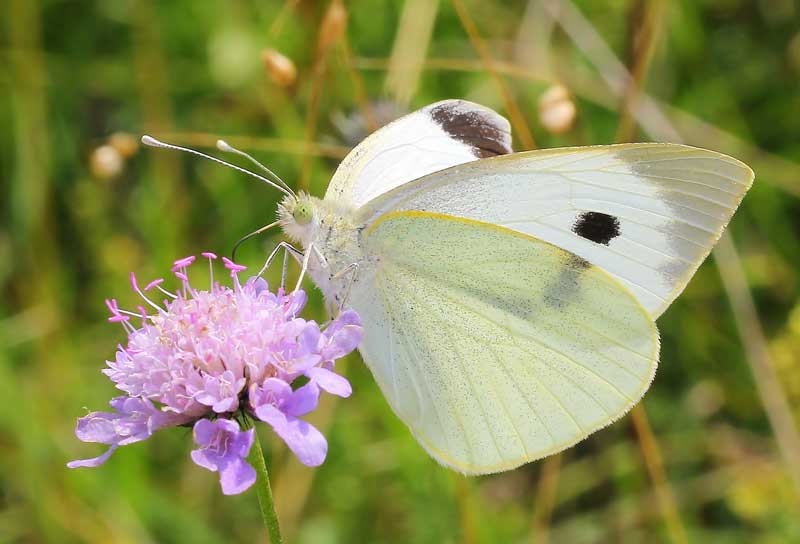 Just then, a flash of orange caught my eye. It was a Small Copper, flickering through the dry grass like a tiny, bright flame. My fifth species (out of a possible 24 that have been recorded at the reserve) in less than a lunch-hour. Ok, so there’d been no Peacocks, Red Admirals, Marbled Whites or Meadow Browns and the only Orange Tip I’d spotted was an easyJet plane passing overhead, but I knew they’d all be on the wing here at some point soon. A return visit to this wonderful, urban oasis is definitely on the cards then this summer – before the birds take centre stage again.

• Join in with The Big Butterfly Count from 20 July – 12 August; bigbutterflycount.org. For more information about Troopers Hill, visit troopers-hill.org.uk