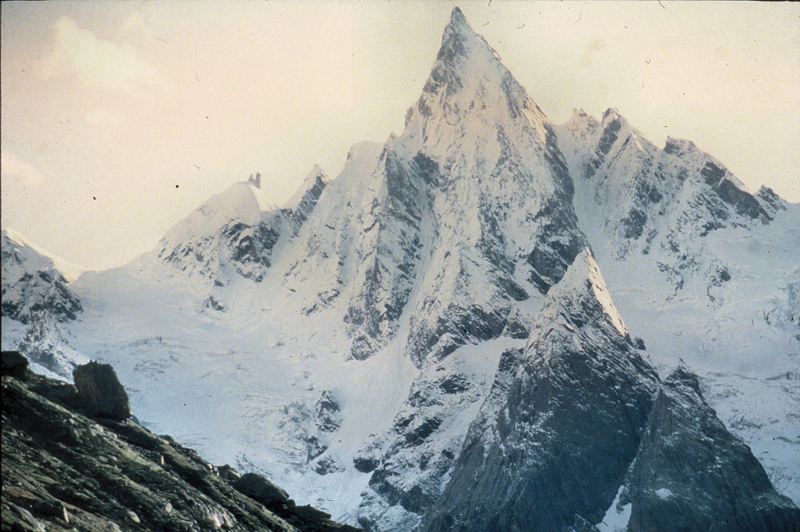 On the 200th anniversary of the discovery of Antarctica, University of Bristol Professor, Jonathan Bamber, was among those honoured with a new place name in the Territory. This month, Millie Bruce-Watt speaks to the professor about his extraordinary life of discovery and how, at times, he has epitomised the meaning of courage and resilience

To mark the 200th anniversary of the discovery of Antarctica last year, the Government of the British Antarctic Territory honoured 28 scientists, explorers and logisticians with a new place name. The recipients were all people who have contributed to our greater understanding of the frozen continent. One of them was Jonathan Bamber, Professor of Physical Geography at the University of Bristol, who had the Bamber Glacier named after him.

Bamber graduated from the University of Bristol with a degree in Physics in 1983, before going on to first complete a PhD at the Scott Polar Research Institute at the University of Cambridge and then to work in the Department of Space and Climate Physics at University College London. He returned to Bristol in 1996. His work spans three decades and has been used by thousands of scientists and explorers around the world. His digital maps of Antarctica have also been published on the front cover of prestigious scientific journals including Nature and Science, National Geographic’s Satellite Atlas of the World and The Times’ Millennium Atlas.

Bamber Glacier is situated on Adelaide Island and is 9km long and 2km wide. On learning the news that a glacier had been named after him, Bamber said, “It’s a fantastic honour and comes as a complete surprise. I have been working on understanding and mapping Antarctica for many years and have produced data-sets that define the surface and bed properties of the ice sheet that covers the continent. However, I never imagined that part of this amazing and remote landscape would be named after me! The UK has a long and established record of pioneering research in Antarctica and I am very proud to be able to contribute to and continue that record.”

Bamber’s innate interest in the world around him has unquestionably led him down a path of extraordinary discovery. He has both pushed the boundaries in his own field of work and challenged the limits of the human spirit with remarkable results. A keen mountaineer and ultramarathon runner, Bamber has overcome adversity and seemingly impossible odds while daring to see how far he can go.

In 1992, Bamber was put in a position nothing short of horrific. While climbing in the Kashmir region of the Indian Himalaya with his climbing partner, Angus Atkinson, Bamber was struck by a falling rock, which left him with catastrophic injuries just metres from the summit of the unclimbed peak, Tupendeo.

“I watched a rock ricochet off a ledge above before crushing my lower leg halfway between my ankle and knee,” says Bamber, recalling the moment. “The impact sheared through both bones and removed a big chunk of my leg. Mountaineering was my passion but I wasn’t a raving lunatic. For 12 years I’d climbed in Scotland and the Alps and made it up and down the north face of the Eiger, all without incident. But now I found myself hanging from a rope, 1,600m off the ground, in excruciating pain. The rock had nearly severed my leg and, watching it loosely flap around, I was afraid it might just drop off.”

Unable to abseil down to base camp, the two quickly realised that the only way Bamber was going to survive was if Atkinson went in search of help. This meant, however, that Bamber would have to lay strapped to the side of the mountain, alone, until Atkinson returned with a team.

The nearest village was a two-day walk away and time slowed to a glacial pace. As Bamber’s leg began to show signs of serious infection, his condition deteriorated. After 50 hours, Bamber started to take photos of what he thought were his last moments and contemplated rolling off the edge to save his partner the hassle of rescuing him.

In a final attempt to save his life, Bamber began to shout for help. After just a few minutes, he heard a voice from below. It was Atkinson, who replied with the hopeful words: “We’re two pitches below.”

“It took six days to get me off the mountain and to a hospital in northern India,” Bamber explains. “By which time I had acute frostbite, gangrene and had lost a lot of blood. The hospital was basic and, while lying on a stretcher on the floor, there was a power cut. Staff were walking around holding candles and in my half-conscious state I really thought I was in limbo waiting for my journey to the next life.”

Bamber underwent a series of excruciating reconstructive surgeries in an attempt to save his leg. Four years later, he took his first unaided steps. His leg was two centimetres shorter, he couldn’t bend his ankle, his foot was rigid but, with adapted shoes, he was making progress. Then, 10 years after the accident, and two days before his 40th birthday, Bamber entered a local half marathon. Determined to beat the demons within him, he ran as hard as he could, and won the race by two seconds.

“The headline in the local paper read ‘Miracle Man Wins Marathon’”, says Bamber. “My son got hold of one of the billboards with the headline on it and I have it hung in my room to remind me of the power of mind over body.” Since then, Bamber has competed in a number of marathons, ultramarathons and alpine races across the world and continues to push himself in the sport to this day.

The story does not end there, however. In 2015, 23 years after he was rescued from the mountain, Swiss climbers Stephan Siegrist, Dres Abegglen and Thomas Senf mapped out a first-ascent on Tupendeo. Due to political unrest in the Kashmir region, the area had been cut off from tourists and alpinists for over 20 years. This meant that Siegrist, Abegglen and Senf would be the next climbers after Bamber and Atkinson to attempt the summit. While clearing space to pitch a tent at the base of the mountain, the climbers discovered a rope attached to a belay device buried in the snow. It quickly became clear that they were not the first to scale the walls of Tupendeo and the Swiss climbers were eager to unearth the events of 1992.

Three years later, the five climbers were brought together for a film made by Swiss multinational mountaineering and trekking company, Mammut. Tupendeo: One Mountain Two Stories tells the extraordinary tale of the two attempts to reach the mountain’s summit. It was first shown at the Kendal Mountain Festival in the UK before featuring at Trento, Banff and many other mountain film festivals across the world.

Bamber’s story of miraculous survival highlights the true power of the human spirit. But, ultimately, Bamber’s life accomplishments show us mere mortals that there are no limits to what can be achieved.