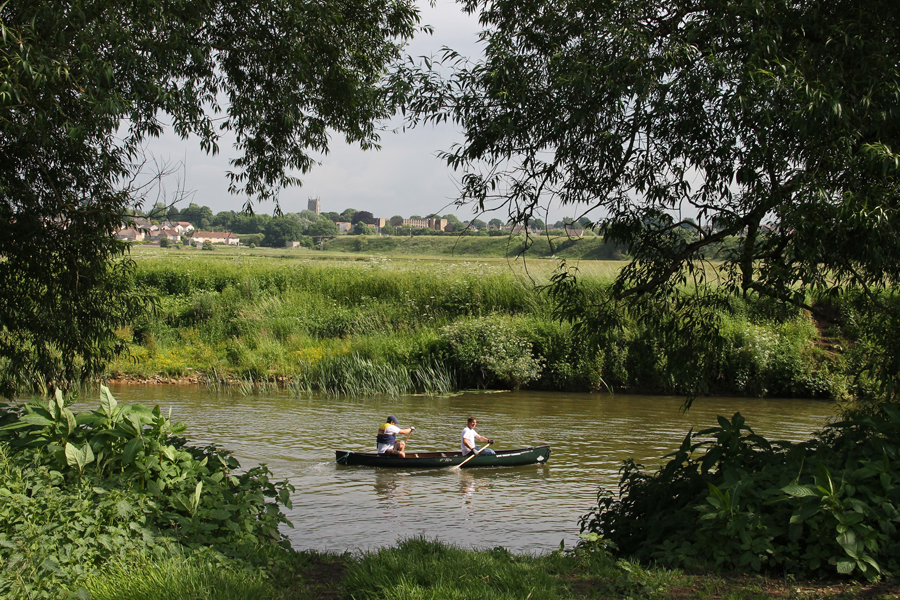 Andrew Swift heads to the outskirts of Bristol for the next of his city walks, visiting Hanham and Keynsham

Despite being surrounded by built-up areas, the Avon valley between Hanham and Keynsham, and the countryside to the north, remains surprisingly undeveloped. Amid its woods and fields lie ancient mansions such as Hanham Court, dating to Norman times, and Willsbridge House, known locally as ‘the castle’ because of battlements added in the 19th-century.

Nearby, in a hidden valley, is Willsbridge Mill, once the hub of a busy industrial complex, and now the gateway to a 22-acre nature reserve. For lovers of wild woodland, Bickley Wood is a must. Its cavernous hollows, sheer cliffs, switchback paths and flights of steps leading nowhere are the legacy of quarrying. Although most of the scars have healed, the result is something closer to a Tolkienesque fantasy than a sylvan retreat. A place to let your imagination – or your children – run riot.

Then there is the riverside path, running through broad meadows. The River Avon between Bristol and Bath became navigable in 1727, when six locks were built to bypass the weirs created by mill owners to harness the power of the water. Until well into the 19th century, barges were towed not by horses but by teams of men, whose lumbering footsteps walkers still follow today.

With all this to discover, this part of South Gloucestershire is ideal for a leisurely stroll on a long summer’s day. The walk below takes around five hours, and, apart from Bickley Wood and couple of fields where cattle may be encountered, is mostly on level, well-maintained footpaths.

● Arriving at the station from Bristol, head to the road, cross and turn right downhill. If arriving by car, turn left out of the car park. After crossing the river and canal, cross over, turn right and right again along a lane leading to a marina.

● Just before a bridge leading to the Lock Keeper pub, turn left along a footpath signposted to Swineford (ST660690). After passing the marina, go through a kissing gate (KG) and continue along a drive.

● After crossing a cattle grid, bear right to follow a track alongside the river. The buildings in the field on the left were connected with Avon Wharf, while the white house was the Dramway company’s headquarters. Across the river is the old soap factory now used as a boatyard.

● Carry on along the riverside path for another 2000m. After crossing a bridge over a tributary stream, follow a tarmac path up to the railway and turn left along it (ST681688).

● Shortly after passing the old coal incline (now with a zigzag path), when the dramway curves into a fenced-off cutting, continue along a path to Willsbridge Mill.

● Carry on to the main road – with Willsbridge House ahead – and turn right. When you come to the roundabout at the top, cross to the left, turn left through a KG, and follow a pedestrian sign between fields of horses.

● When you come to a gate ahead, turn right through a KG and bear right alongside the hedge (ST662704). At the corner of the field, carry straight on through another KG to follow a path between fences. After another KG, continue over a stone stile and head across a large field. Go through a KG on the far side and continue down to emerge by Hanham Court (ST650703).

● Bear right along a drive, and, after passing a pond, turn left along a path. Go through an archway and between an avenue of limes before continuing along a road. After the bridge over the dual carriageway, turn left down a path. After 75m, go through a KG on the right (ST645706). Carry straight on through another KG and stepstiles into Bickley Wood, where a path leads steeply downhill. After crossing a footbridge, bear left and head down through the woods.

● When you come to a pipeline, follow steps underneath it, carry on down to the riverside path and turn left to Hanham, where there is a lock and two pubs. Carry on alongside the river, and after 2000m you will pass a cottage associated with Londonderry Wharf, with the route of the Dramway clearly visible beside it (ST661699). After another 1100m you come to Keynsham lock and the Lock Keeper pub, from where you can retrace your steps to the starting point.

Level of challenge: straightforward, but cattle are likely to be encountered at various points en route