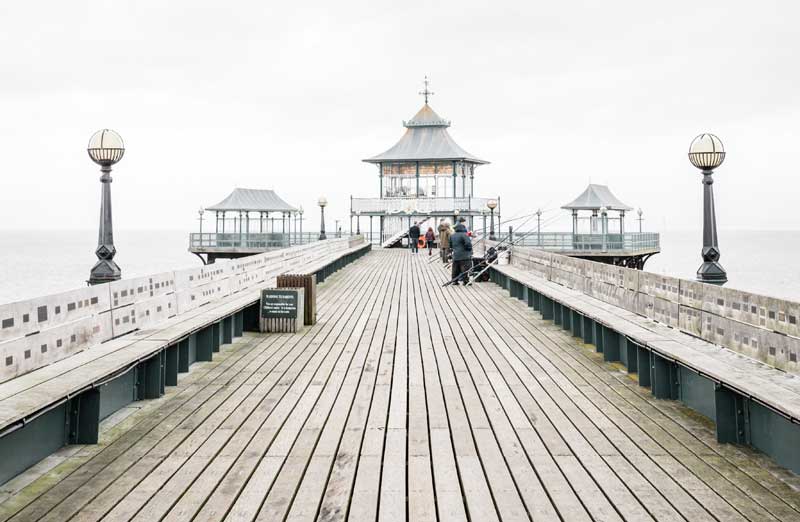 Once described by Sir John Betjeman as having “the most beautiful pier in England” and constructed with sections from one of Brunel’s railways, Clevedon is known by many for its spectacular pier – its most recent claim to fame as the backdrop for One Direction’s You and I music video. You might recognise its picturesque streets from ITV’s award-winning drama Broadchurch, much of which was filmed in Clevedon. But the town is so much more.

There’s the Victorian architecture; the community-run marine lake hosting events like the aquathlon; a vibrant professional arts programme courtesy of Theatre Shop (the studio-scale theatre which began life as an experiment in an abandoned shop); a dynamic mix of independent boutiques and bakeries plus a brilliant artisan market on the first Sunday of the month (April – September). So it’s little surprise that the town notched-up a huge 11.6% house price rise in 2017 (the biggest in the whole of the UK, according to property website Zoopla).

So earmark a weekend to drive over for some fresh sea air, a great meal (or two) and some serious shopping. We’ve done the legwork for you by cherry-picking a few of the best spots to visit.

This quaint store on the corner of Alexandra Road ­– founded by design gurus Katherine Midgley and Seamus Green – has an air of old-world charm, stocking timeless, functional products for the home. Shop for intricate fox-print cushions from Dorset’s Bonfield Block Printers; Japanese-style pottery hand-made by Carmarthenshire potter Tim Lake; and chunky beeswax candles that make the perfect suits-all gift. They’ve also done a one-off collaboration with Wild Grove – a lavender and patchouli hand soap made in Bristol exclusively for the store. 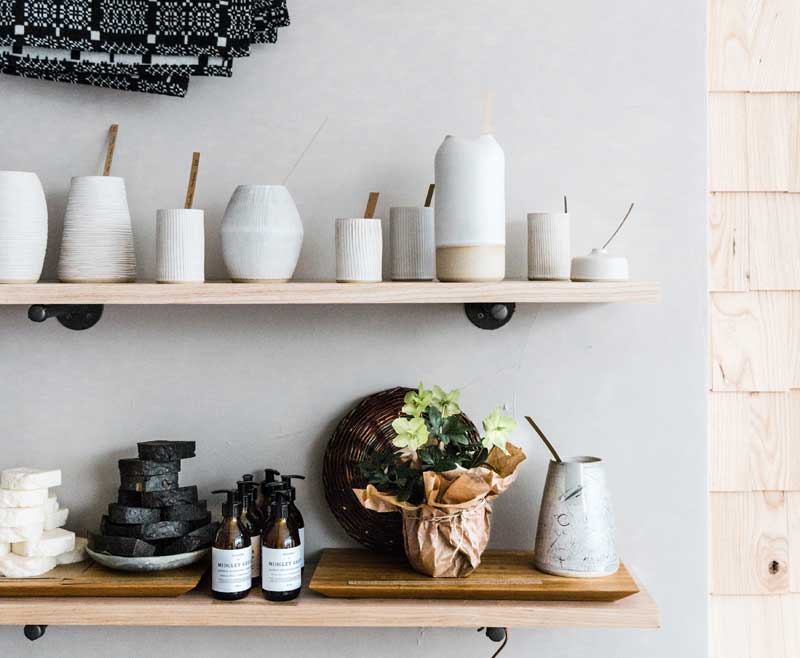 Delicately dramatic, the pier is the jewel in Clevedon’s crown, cementing its charm as a Victorian seaside resort with a front that has not been defaced by chip shops and amusement arcades. It was first opened in 1869 to receive paddle-steamer passengers from Devon and Wales and now has a museum, gift shop and smart little restaurant sporting unparalleled views across the Bristol Channel. The modest entrance fee of a few pounds is well worth it.

Since opening its doors in 1912, The Curzon cinema has hosted mainstream and art house films, live comedy and music performances and generally become a centre for creativity and the community. Now known as one of the oldest continuously running purpose-built cinemas in the world, even a trip to see the most recent sequel to the latest blockbuster franchise is a cultural affair. Sit among original 1920s design and munch on popcorn surrounded by an internationally recognised piece of cinema history. Families can enjoy earlier child-friendly showings and film aficionados will be in their element at the 35mm film screenings. The indie cinema had a record-breaking 2017 with over 74,000 admissions through the year, and even made it through to the finals of Screen International’s Cinema of the Year. 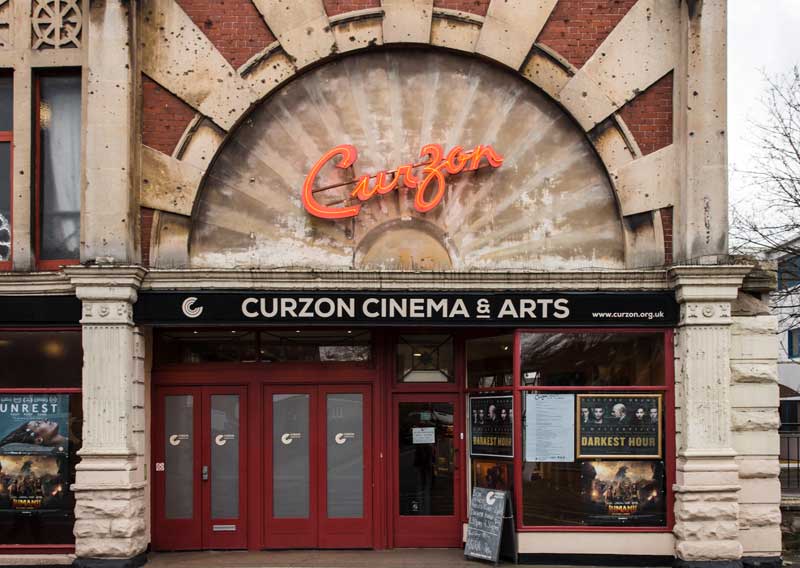 The best of British and Italian fare sit side by side at Murrays of Clevedon, a family-run deli and restaurant which has been open for more than 30 years. The service is confident, the atmosphere informal; the staff are welcoming and knowledgeable and the food is freshly prepared and fairly priced. Arrive hungry and feast on dishes like Tuscan pork and fennel sausages with spiced Umbrian lentils, cremini mushrooms, candied mustard fruits and rocket. The team also cranks out spot-on pizzas with toppings like caramelised tropea onions and Ortiz tuna. Before you head home, swing by the deli which is packed to the rafters with delectable balsamic vinegars, Italian wines and quirky pastas. 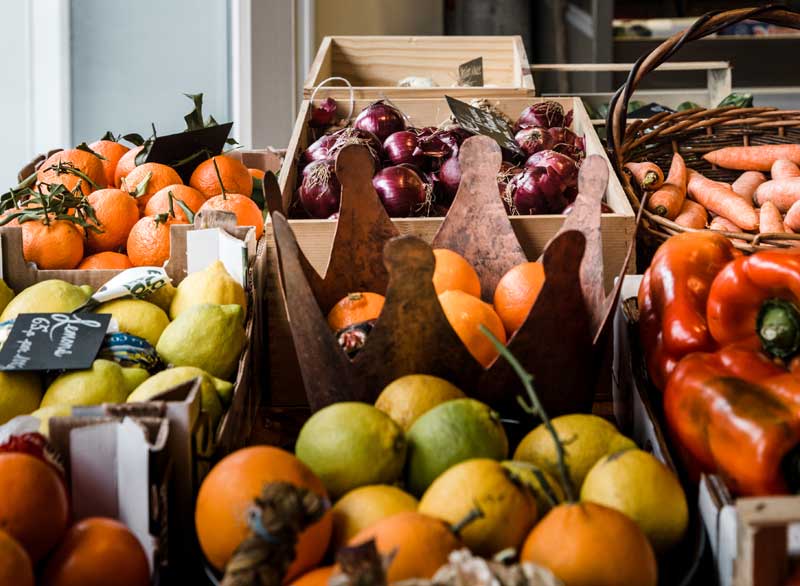 For: The market lover

Somerset has a long-standing reputation for its brilliant artisanal markets. The new one to watch is Clevedon’s Sunday Market, which was started by local volunteers two years ago. With more than 40 stallholders and an easy-going seaside vibe, it’s worth making a special trip for. Arrive early to nibble on delicate salted caramel meringues from Weston-super-Mare bakers, Mayringues, or snap-up coconut milk and lavender bath dust from Bristol beauty purveyors, Lolly and Moo. The market runs on the first Sunday of each month from April until September (10am – 2pm).

FIND IT: In the Hill and Sea area of Clevedon, between the seafront, Hill Road and Alexandra Road

Elegantly curated for a cool and ruggedly handsome home, Nineteen is a perfect marriage of interiors store and workshop studio. It sells everything from locally illustrated prints to vintage antique furniture and has lots of one-off pieces: the likes of specially commissioned mono-print Clevedon pier mugs for instance. It has a reputation for running brilliant workshops too. In the line-up for this month is contemporary loom-weaving (9 March, £35) and reed basket making (17 March, £30) but whatever your crafty passion, be it macramé, leather goods or hand lettering, you’ll find a class to fit you. 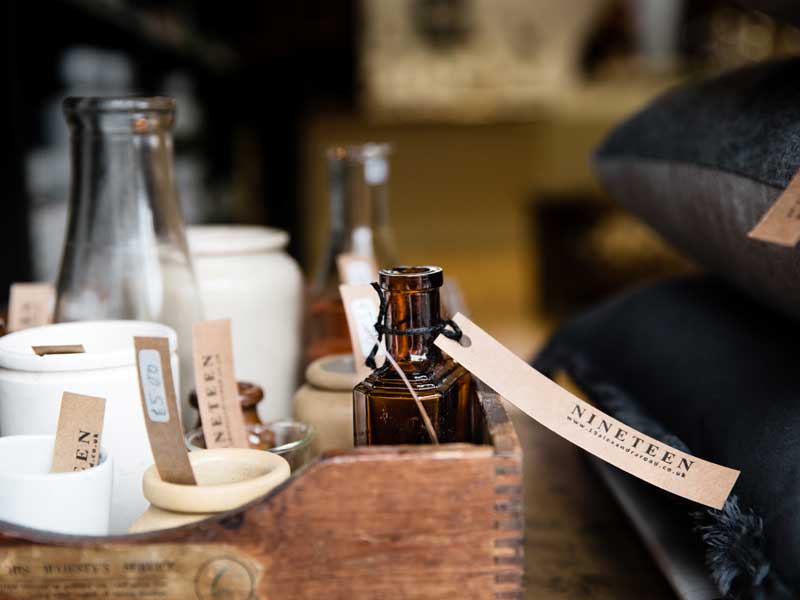 At 67 Barista Barber you can get a short back and sides alongside a perfectly poured flat white (tea drinkers can sup on a loose tea brew from Tea Pigs). This brilliant coffee-shop-meets-barber hybrid opened last November on Hill Road and has been an instant hit. Owners Sue and Steve Cooper wanted to create a laid-back pub atmosphere but they’ve done even better than that; the place brims with personality thanks to décor including orginal formica café tables rooted out from Wells Reclamation, and superb coffee (they get their fairtrade beans from Devon-based roaster Voyager). Sue does all the baking herself and is known for her moreish ginger cake. They also organise bike rides that set off from the salon and popular dads-and-lads Saturday morning cutting sessions for fathers and sons – boys get a marshmallow-topped hot chocolate with their cut. 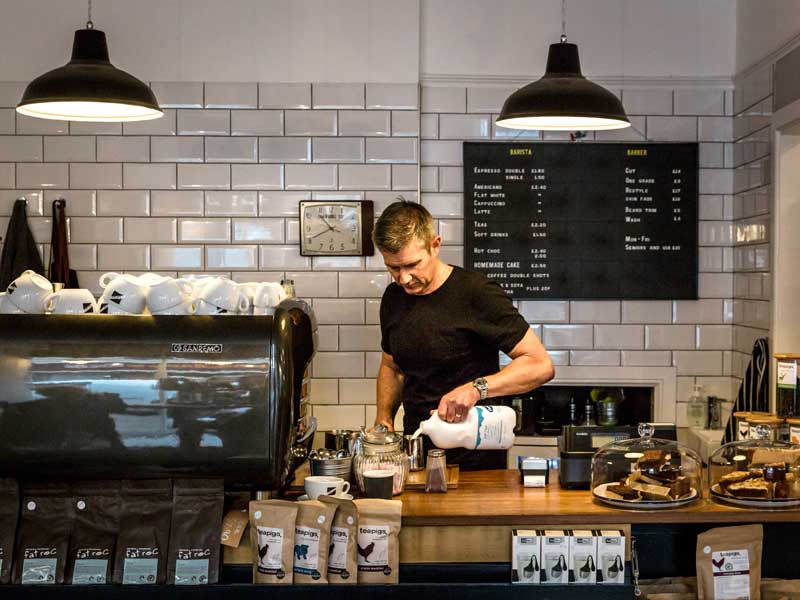 For: The bread set

Pullins Bakery is a true Clevedon institution. It was founded in 1925 by Mr T G Pullin, a local farmer who turned his hand to baking. He was known to keep pigs at the back of the bakery – they got to eat all the leftover cakes and bread so were famously happy little porkers! It remains a family business, run by the fourth generation and is still in the same street where its founder once lived, Hill Road, which winds down the hill almost to the sea front.
Their bakes are inventive and always noteworthy, with a hefty selection for gluten-free types. Order thick-crusted circles of sourdough rye and plump cheddar plaits, or ditch the diet with a Balboa bar (gooey squares of Belgian chocolate, cherries, marshmallow and home-made, gluten-free digestive biscuits).
It’s unsurprisingly a popular lunch spot (the most-ordered sandwich is a ploughman’s on the bakery’s own granary bread). Save some room for a few award-winning lemon macarons too – the handiwork of the resident patisserie chef who uses all-natural ingredients.
FIND IT: Pullins Bakery, 55 Hill Road, Clevedon BS21 7PD
• 01275 872974; pullinsbakers.co.uk 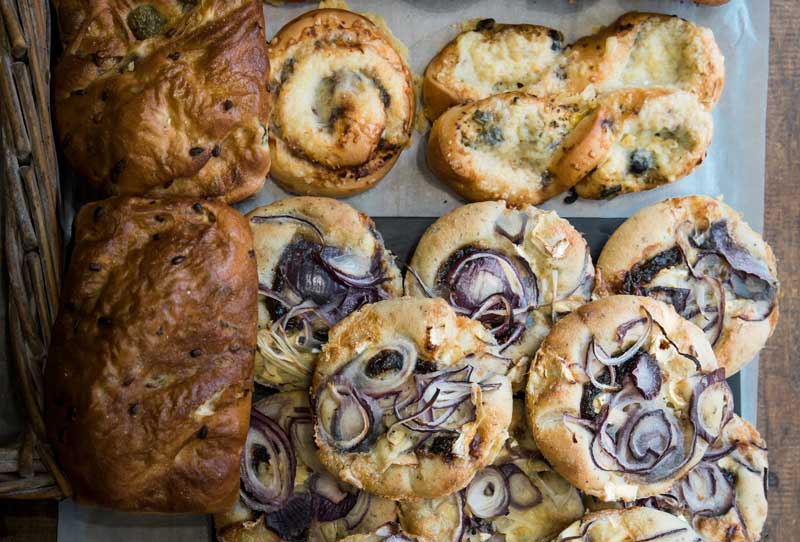