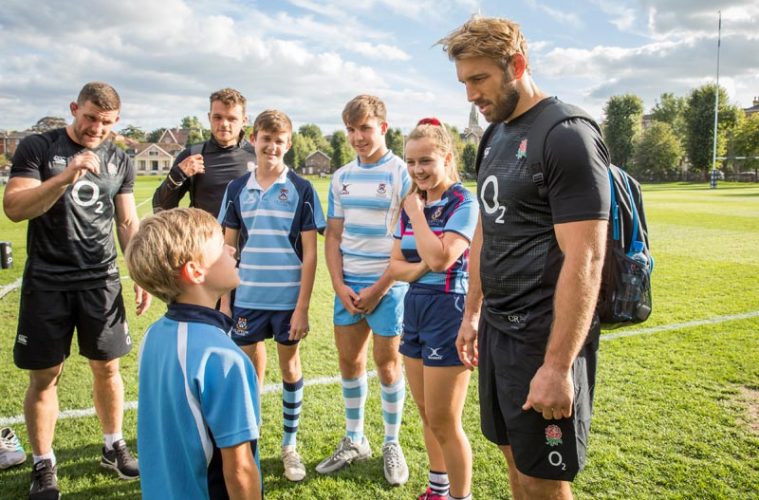 Clifton College in Bristol recently welcomed the England Rugby squad and head coach Eddie Jones to the college for the start of a two day training camp.

The pupils and staff watched the training sessions, and the college’s rugby team captains met the players afterwards.

Director of rugby at Clifton College, Matt Salter said: “Rugby is such an important part of life here at Clifton and the Close is a fantastic place to train and play. It doesn’t get better for our pupils in terms of inspiration than being able to watch the England squad train here. It is a pleasure to welcome them back and we look forward to following their progress in the autumn internationals.”

The England rugby squad also visited the college last year when the forwards trained with Wales on the college’s Close ground.

Clifton College has had notable success with producing rugby stars, more recently the 1st XV Rugby team were unbeaten on the Close during 2017 and finished in 8th position in the Daily Mail Merit league, the 3rd consecutive year in the UK’s top 10 of the top 100 independent schools who play in the competition.

As well as this, four former pupils signed professional rugby contracts in 2017, while current pupil Ioan Lloyd has been selected to play rugby for the Welsh U18 squad.