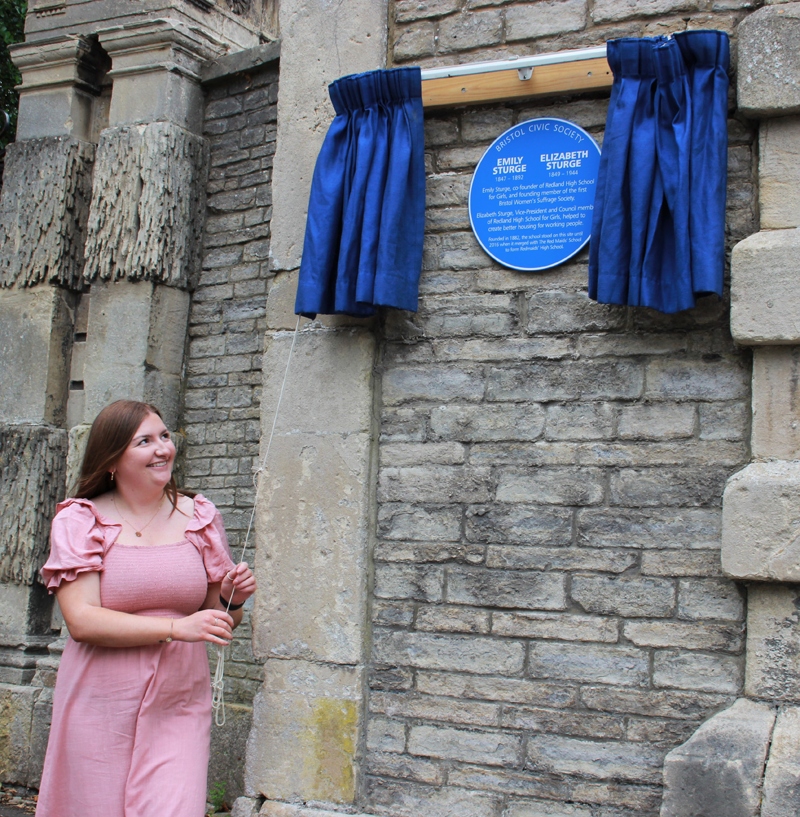 A plaque commemorating the work of Emily and Elizabeth Sturge was unveiled yesterday at the site of Redland Court, formerly Redland High School. The sisters were influential in the creation and success of Redland High School for Girls and did much for the city of Bristol and the suffrage movement.

Emily Sturge (1847–1892) was on the council for Redland High School for Girls and secretary for the Bristol and West Society for women’s Suffrage. Her sister Elizabeth was a governor for the school and a social reformer who helped create better housing for people in Bristol.

Also in attendance were members of staff from what was Redland High School,

the Daisy Club (former members of staff), the Redland High Archive Club, the Old Girls’ Guild, Bristol’s Civic Society and Juniper Homes (who now own and are redeveloping the site into private residences).  Redmaids’ High’s recently retired Headmistress, Isobel Tobias, also attended along with descendants of the Sturge sisters, Roger and Nick Sturge and Alison Langton.