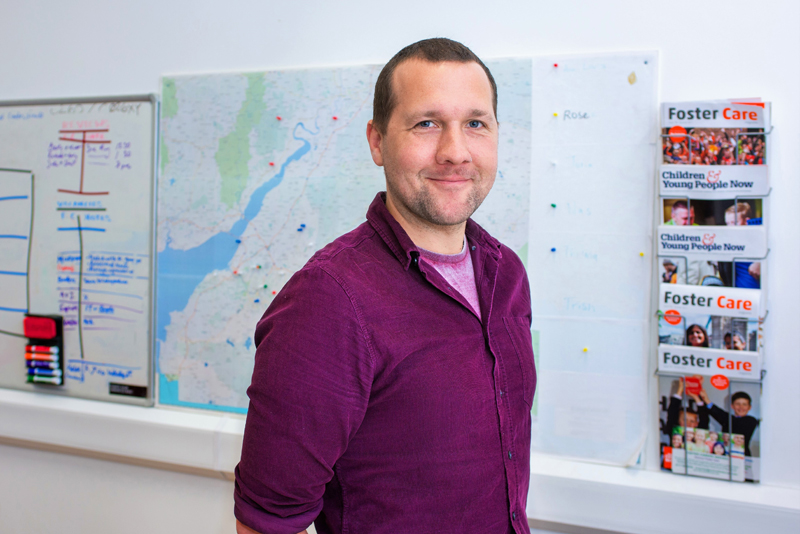 Communication is key in the prevention of foster placement breakdown

One of Bristol’s leading foster care professionals states that good communication is crucial in preventing the breakdown of foster home placements, to provide stability for children in care.

The latest figures from the Children’s Commissioner show that, of more than 75,000 children in care in the UK, almost 8,000 experienced multiple placement changes in 2017/18. Around 2,000, just under three per cent, have had multiple placement moves for the past two consecutive years.

In Bristol nine per cent of children in care – 60 children in the city – had two or more placement changes in the 12 months covered by the statistics, which were released in August.

Mark Brady, who is Services Manager at independent Bristol agency Amicus Foster Care, based at the community centre in St Werburgh’s, believes that personal relationships and good communication with children in care are vital for providing the remedy to these statistics, namely stability.

It was recently the first independent agency to complete a trial of a new mobile app, called Mind Of My Own, which enables fostered children to provide feedback on their carer, direct to Amicus, in a bid to provide an extra line of communication.

Amicus was recently rated Outstanding by Ofsted for its third consecutive inspection and was praised for its use of innovative technology and research.

However, Mr Brady said that, while useful, the trial mainly served to confirm what Amicus knew already, that the best relationships between agencies, carers and children are based on good face-to-face communication.

Mark Brady, Services Manager of Amicus Foster Care said: “The idea behind trialling the app was to give the children an extra opportunity to tell us if something isn’t right,” he said. “It’s a system which is used widely by local authorities – it’s good for them because they don’t tend to have the strength of relationships with their young people, so they need that extra line of communication – and we thought we’d give it a go.

“It was a good trial for a year in consultation with everyone we work with, but our young people have come back and said that they don’t actually need or use it.

“As an agency, we focus on relationships and it seems our kids are confident and happy enough with the people who work here, our services and the relationships they have with foster carers and social workers. They don’t need the extra level of anonymity which comes from sending a message through technology.

“Of course, we recognise the benefits that technology can bring and we’re always keeping an eye on developments to see if there’s anything which can help.

“But this trial does confirm what we already suspected – that there’s no substitute for good relationships and real communication with our young people.

“Therefore our focus is on continuing to develop ways of getting those direct, face-to-face links with our young people, so we can continue to improve what we offer and provide stable homes for them.”

Since it started life in 2009, Amicus has placed more than 500 young people, a high proportion of whom had already experienced several placement moves before coming to the agency.

It now prides itself on a high level, approximately 80 per cent, of long term placement stability, thanks partly to a caring approach which encompasses wraparound therapeutic support, underpinned by Dyadic Developmental Psychotherapy for children with trauma and attachment disorders.

Amicus Foster Care is based in Bristol and covers the city region as well as B&NES, Wiltshire and Gloucestershire.

Mr Brady said that placement breakdown was an issue which all agencies should aim to tackle as a matter of top priority.

“Of course foster care can be challenging for young people and families, particularly with children with complex needs,” he said. “But people must remember that these are vulnerable children who have often been through difficult periods in their young lives, and they need stability.

“Being able to communicate and understand is a key element of good foster care.”