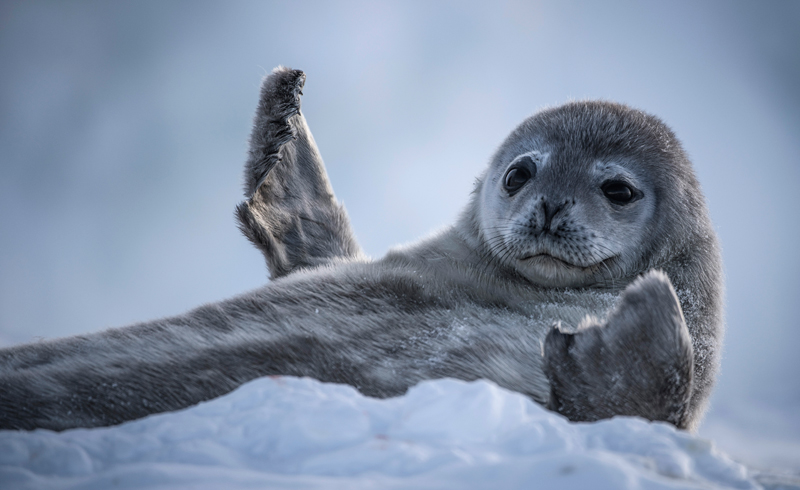 Bristol’s Natural History Unit has scoured the planet and captured astonishing footage of wildlife and scenery from the Earth’s seven continents for the latest BBC series Seven Worlds, One Planet

After the runaway success of the likes of Blue Planet II, Planet Earth II and Dynasties, we wondered what on Earth the clever brains at the Natural History Unit in Bristol could come up with next… But lo and behold, they’ve done it, with new BBC series Seven Worlds, One Planet, which kicked off in late October and explores the extraordinary wildlife, land and seas that make up our planet’s seven continents.

Using cutting-edge technology, remarkable close-ups and sweeping shots of the world’s landscapes, this landmark series provides unique insights into animal behaviour, extreme habitat conditions, and the drastic impact climate change is having on the environment.

Over the seven episodes, each continent will have its moment to showcase its beauty and the challenges it faces, with Sir David Attenborough narrating the awe-inspiring on-screen events. The series took four years to create and was made by a team of 1,500 who captured 2,000 hours’ worth of footage in 41 countries in often treacherous conditions – many of the ground teams faced political unrest, tropical diseases and severe seasickness just on their journeys to their destinations.

The first episode – Antarctica – took 240 days to film, and 80,000 people applied for tickets to watch an exclusive screening of it in Bristol last month. Speaking at the screening, Sir David said: “Bristol has put natural wildlife filming on the worldwide map.” Highlighting the series’ message of the importance of conservation, he said: “We’ve got to understand why the natural world is so delicate and how it works, and The Natural History Unit has enabled this.”

As well as revealing the damage global warming is having on habitats, there are many positive stories to explore in this series, such as filming newly discovered species in Asia that have never been seen on screen before and capturing on film the largest aggregation of humpback whales since the commercial whale ban of 1986.

One thing is for sure, there are more stories to be told of the world around us, and Bristol’s Natural History Unit is continuing to bring these creatures and habitats into the nation’s living rooms.

This male Sarada (fan-throated) lizard displays his bright colours to females on the plateaus of India – the orange patches are attractive to females, the blue and black tell other males to keep their distance. Many of these lizards, which you can find in the Western Ghats of south-west India, die or are forced to run away on their hind legs during breeding season due to the fights that break out between competing males.

Using a feeding technique called ‘bubble netting,’ humpback whales blow bubbles as they rise up under a shoal of krill. The bubbles act as a net to the krill, and the whales spiral inwards to concentrate the swarm. This incredible scene was a welcome shot captured by the Natural History Unit team as it helped to confirm that the number of whales has increased in recent years following the 1986 commercial whale ban when the whale population was almost decimated through hunting.

This magnificent male cassowary is a solitary, dinosaur-like creature that stands at almost six-feet tall and can be found in the ancient Australian jungle. Considered by many as the most dangerous bird in the world, this keystone species is very shy and wary of humans, and possesses a dagger-like claw of up to 10cm in its inner toe – one well-placed kick could disembowel a person. Attacks are rare, but in 1926 one boy died when the bird’s claw slashed his jugular. Male cassowaries make good and gentle fathers, and the females’ territories encompass several males with whom they leave the eggs and young. The adults eat mostly fruit which they swallow whole; in fact, the cassowary plum is named after these flightless birds.

Rolf Steinmann films the thousands of penguin chicks that line St Andrews Bay in South Georgia, Antarctica, waiting for their parents to return from the ocean with food. The young chicks must stand in the same spot until their parents come back so that they can be found among the crowds. But some chicks risk not getting fed when they go exploring – there’s so much to see on the island, such as elephant bull seals which the penguins have fun poking with their beaks.

Previous
7 of Bristol’s most haunted buildings