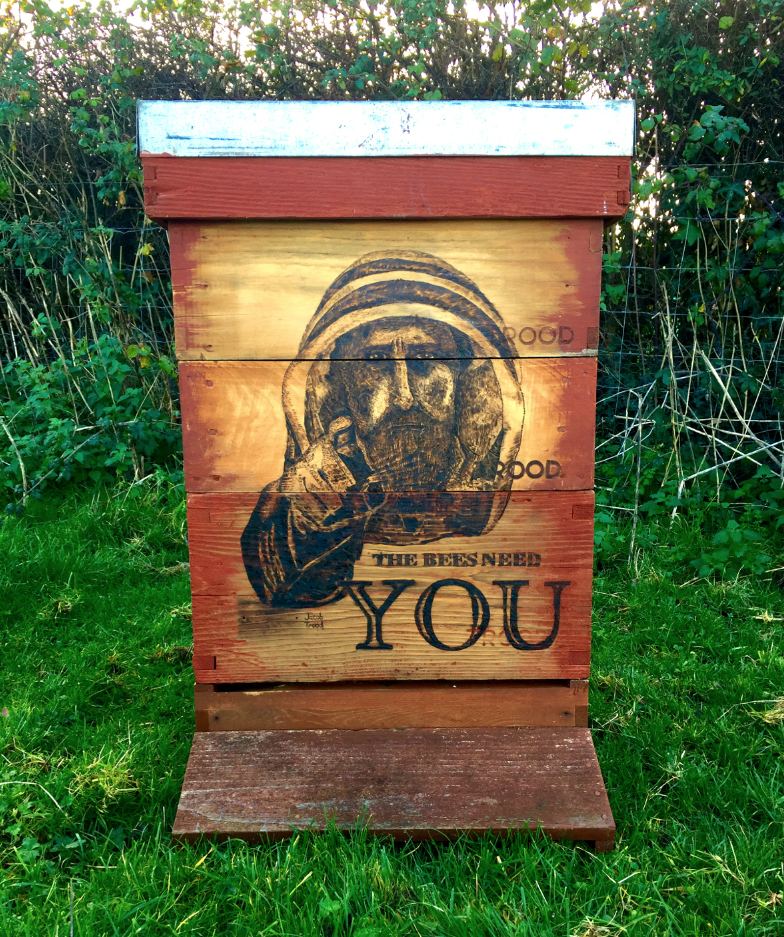 We met a Somerset artist, student and third-generation beekeeper creatively combining his passions to raise awareness of the plight of nature’s confectioners

Nineteen-year-old Jacob Trood has never known life without beekeeping; what with his father, Timothy, and grandfather, Neil, being in their 40th year of doing so. Among the bees from a very young age, Jacob learnt the basics from simply watching how the hives were maintained and picking up the importance of bees and pollination in the process.

Now in his first year of university, studying fine art, he’s more interested in beekeeping than ever – particularly in combining these two different passions and looking for new ways to bring them together. Having completed his A-levels, during which he started to work with bees artistically, he achieved a distinction in his art and design foundation which saw him look into how bees and humans can work together. He began by contacting beekeepers from around the world, collecting information by interviewing them on social media and asking them to send photographs of them opening their hives, and was surprised by the interest and response he received from so many countries. He chose the 12 best images and responses and began painting from them, creating a book entitled The World of Beekeeping that offered comparison and insight into beekeeping across the globe through brightly coloured visuals.

Also among his work is a piece showing how human support is keeping bees alive. Using dead bees from around his own bee hive, Jacob made casts from each in a non-precious metal, with incredible detail. He gave himself the daunting task of making 105, making just five every two hours. A model of a human hand reaches through the crown board holding the bees – ‘keeping them alive’. For another piece, Jacob sculpted a bee using naturally coloured beeswax before placing it in with the real bees to see what they would do to it, and was excited to find they had secured all of his joints as well as forming a sheet of comb all down the back of the sculpture – even if this discovery did come at the cost of a bee sting in the eye…

Now working on new bee-related projects at university, Jacob has been exploring global warming and its effect on bees. Taking the design of the famous war propaganda poster ‘Your Country Needs You’, he used his father’s face in a beekeeping veil in the place of Lord Kitchener’s stern visage; leaving the famous pointing finger and slightly tweaking the poster’s message as a declaration of war against global warming which he then burned into the front of one of a hive.

With his book still on sale and available online (blurb.co.uk), Jacob also has a range of hand-drawn cards, prints and paintings of beekeepers from around the world and is currently taking commissions. @jacobtroodart

Did you know? Honeybees don’t hibernate, they survive as a colony through the winter. To do this they have to collect and store enough food to last them through winter and that’s why they make honey. They reduce the water content and add enzymes to nectar to make the sweet stuff, and they also collect and store pollen for protein to eat. They are a complete colony and so in early spring they have greater numbers than other pollinators to pollinate early flowers.