A new five-part series of short films has been profiling extraordinary young people under the age of 25 who are said to be ushering in a new era for the UK ‘eventscape’ and its nightlife. Ticketing and event tech platform Eventbrite, which supports hundreds of thousands of creatives and events folk, travelled up and down the country in search of ‘disruptors, pioneers and creators’ putting on special events in London, Birmingham, Glasgow, Manchester and Bristol, to doff their caps to them and share their stories.

Events culture is changing, with today’s generation of promoters operating among fewer spaces within a tougher legislative climate. They’re quite often multi-disciplinary creatives carving out safer, more inclusive spaces for their peers, and some are even activists putting the politics into partying and using events to bring about social change. Dubbed ‘Generation DIY’, this new wave of intrepid young creatives includes record label owners, theatre directors, comedians, foodies, art curators, independent club promoters, DJ collectives, spoken word artists, LGBTQ+ campaigners, activists and philanthropists around Britain who are tearing up the rulebook when it comes to events.

The Bristol edition of the film series, released last month, is a celebration of the pervasive industrious spirit among today’s independent promoters; the ‘artivists’ making art and theatre accessible to marginalised and underrepresented communities; the female collectives making dancefloors a less potentially dangerous space; the rise of conscious clubbing including people using events to power social revolution. Here are a few you might not have met before…

As part of the Bristol Old Vic’s young directors scheme, Julia (21) is becoming a driving force in the city’s experimental theatre community. She is an associate artist at Fen – a creative interdisciplinary collective of South West theatre makers interested in “producing exciting and challenging work embedded in the shared cultural and natural heritage of our region.” Having benefited from the city’s infrastructure to support young theatre makers, Julia is now contributing to the systems which have helped her thrive. Through her platform with Bristol Old Vic, she is interested in the real-life power of theatre as a creative outlet – working closely with the engagement department to help create opportunities for disengaged young people in the South West. She’s currently working as a director with Headlong Theatre Company, one of the UK’s most celebrated touring theatre establishments. 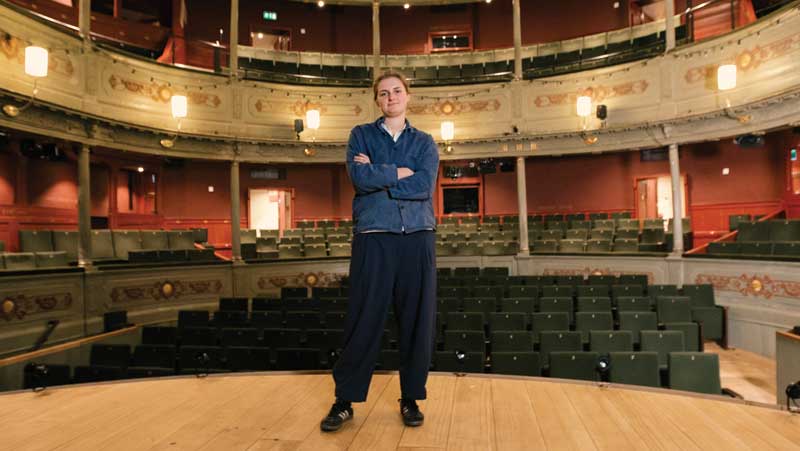 Profiled by Dazed in their “guide to the black Brits doing cool things in 2017” and described as a “21-year-old who is proving that she can make political change while being very black and very female,” Chanté (22) is a writer and events organiser whose Bristol Is The New Black collective offers discussions and networking opportunities to young people of colour in the city. Outside of that, Chanté’s endeavours as a critic and commentator on topics of race, technology and popular culture have made her a highly influential voice. Graduating from the University of Bristol this summer, where she is president of the Bristol University Afro-Caribbean society, Chanté is committed to open dialogue and furthering social justice and is sure to continue to disrupt, enlighten and inspire. 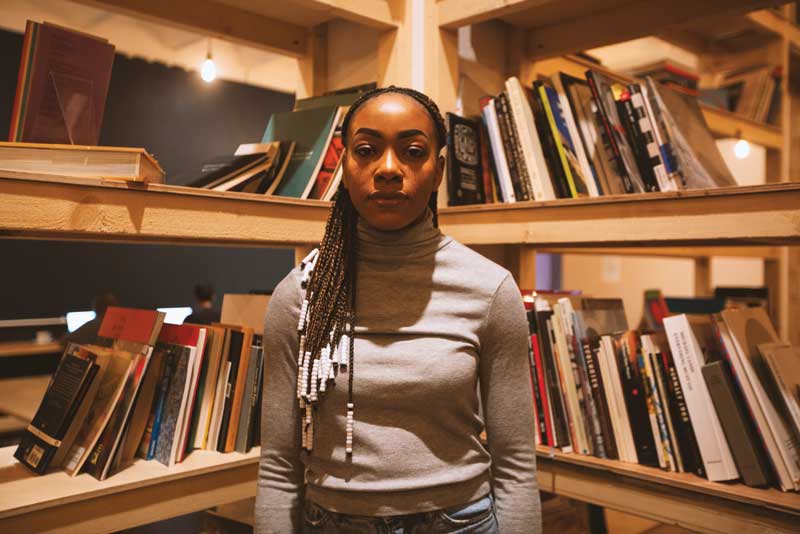 Headed up by Amy Glover (23) and Tiffany Lefuke (24), this is an all-female creative Bristol collective who produce parties and events to create a sense of solidarity and mutual promotion for other female and non-binary creatives in the city. With a monthly radio slot on local station 10 Twenty Radio, an eye-catching and increasingly popular merchandise range and sets at some of Bristol’s biggest clubs and festivals, visibility and platform is crucial to who they are and what they represent. Recently, they delivered an event featuring dubstep, UK-funky and futuristic club tracks for International Women’s Day – an event which implemented a strict safe-space policy. Donations were sent to The Circle, an NGO founded by Annie Lennox, supporting disadvantaged women around the world.

Twenty-three year-old Craft-D – real name Danny Padolfi – is a poet, rapper, event organiser and formidable battle MC whose focus on lyrical aptitude and razor-sharp wordplay has set him on a path of creativity. While the takedowns and punchlines of battle rapping have formed part of his journey, he’s also become a curator and promoter of some of the country’s best spoken word talent. His Raise The Bar night in Bristol has offered a spotlight to some of the city’s finest young poets and spoken word artists as well as open mic slots for less established names to find their time. Now bringing his spoken word and music night to the capital in the form of ‘Out-Spoken’ as well as taking on a post as a resident artist at the Roundhouse, his story is unfolding fast. 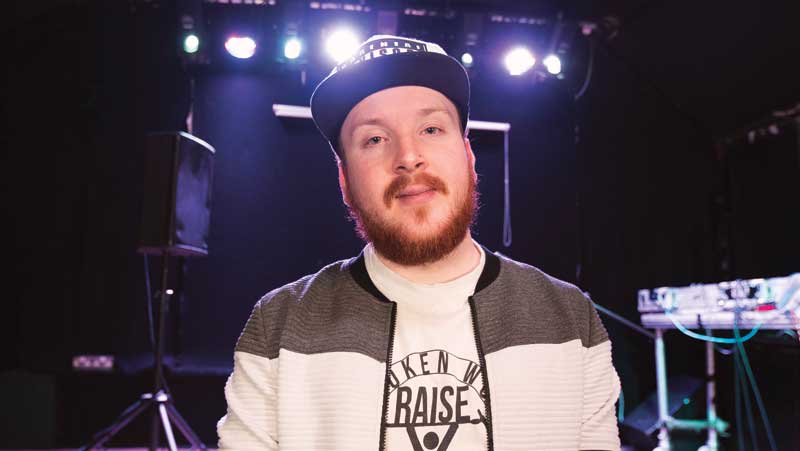 With a background in music, Jo Bligh’s curatorial skillset and artistic gaze spans theatre, visual art, dance, comedy and club culture. Bligh’s ‘Thorny’ event brand has blossomed into a bright, playful platform for lesser heard voices in Bristol and beyond. It began when Bligh (24) saw a lack of spaces and parties for communities in Bristol’s margins so took control of the situation. As an organisation, Thorny creates loud, inclusive spaces where entertainment and tolerance are paramount. Having welcomed guests like Klein, Skinny Girl Diet, Lone Taxidermist and Elysia Crampton, the platform is now at the centre of the city’s experimental artistic community. Bligh splits their time between programming Thorny, overseeing creative digital projects and maintaining a regular presence at panel discussions in the city. Confronting marginalisation with energy and vibrancy, the Thorny agenda continues to reframe audiences’ understandings of Bristol’s artistic identity. 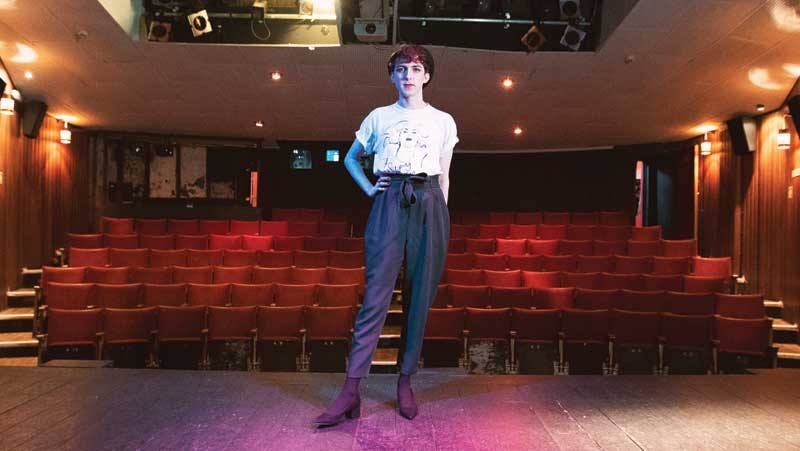