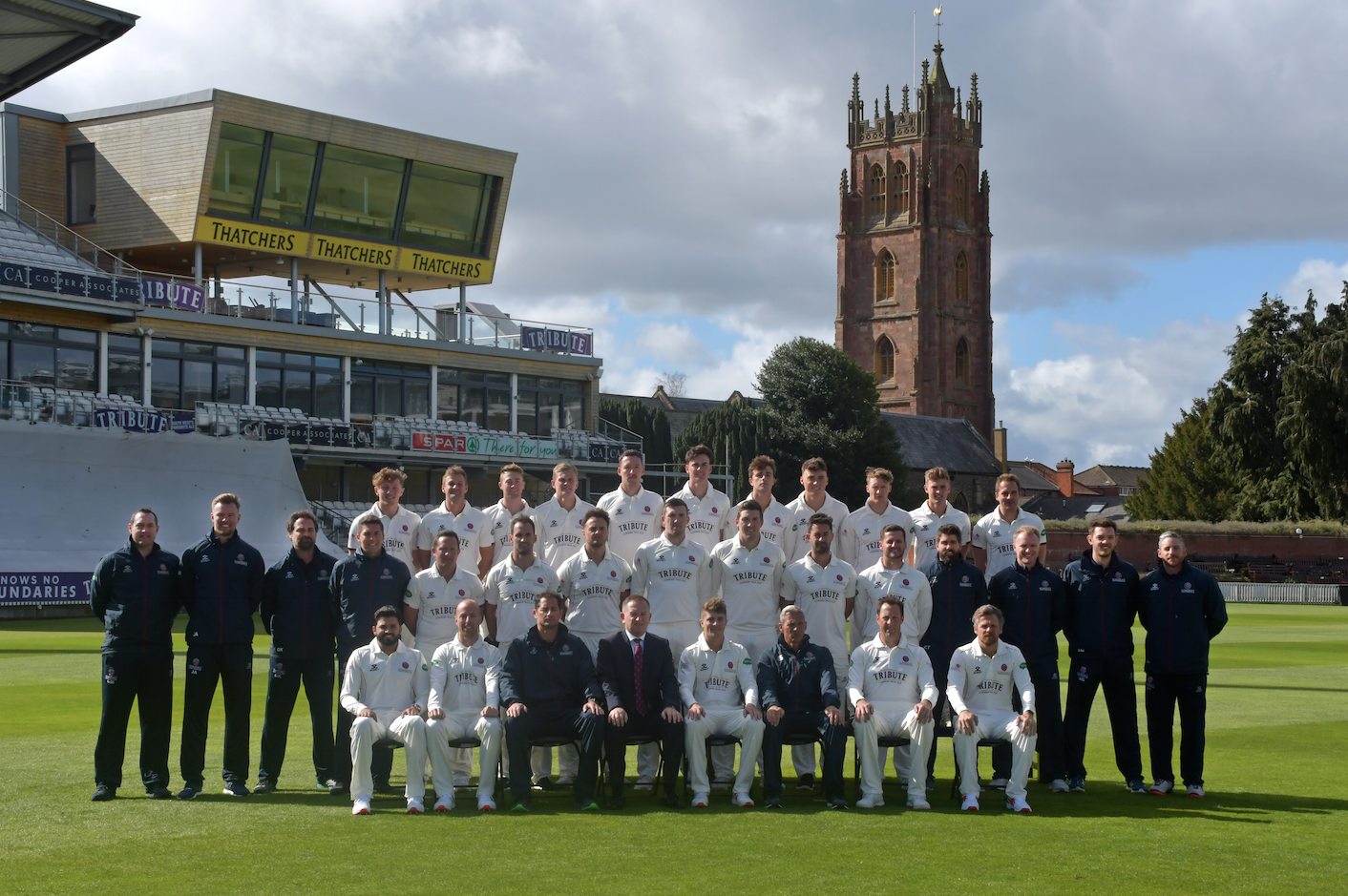 The club are on the verge of making history this September with three matches remaining, including the mouth-watering prospect of a title decider against 2017 champions Essex at Taunton at the end of the month.

Confidence is particularly high after the club secured its first trophy in 14 years in May with victory in the 50-over final at Lord’s.

In the Championship too, Somerset County Cricket Club have set the pace all summer, heading the Division One table until mid-season defeats away to Yorkshire and Essex allowed the Chelmsford-based side to sneak a narrow four-point lead ahead of this week’s round of games.

After a shaky start, the club were also still in contention in the T20 Vitality Blast after a commanding, late run of form. It was a competition in which they reached the semi-final stage last year.

“We can’t afford to take our foot off the gas now,” said Kerr ahead of this week’s game with Warwickshire. “We need to give it absolutely everything for every ball of every T20 game that’s left, every Championship game that we’ve got.

“Then the last game of the year could be very appetising. If it’s Essex and ourselves that are still fighting it out come that final game, there will be a lot of people at Taunton, that’s for sure.”

Despite finishing runners-up on five occasions, including twice in the last three years, Somerset have never won the County Championship in their 144-year history.

The club are approaching their final three games against Yorkshire, Hampshire and Essex as a mini season having drawn a lot of confidence from their recent form in limited overs cricket. Kerr warned, though, that his charges needed to stay focused on the here and now.

“For me, it’s about enjoying these next five or six weeks. There will be a lot of talk about silverware. We need to dismiss all that and just keep concentrating on what we can control. I know it’s boring, but it’s making sure that the guys don’t get distracted by things that they can’t control ultimately.”

He acknowledges that the standard of Division One cricket has got better and better. It is a testament to Somerset’s strength that they have been in that division for longer than any other county including those based in larger metropolitan areas with Test Match grounds.

“Division One cricket is incredibly competitive. We’ve had some unbelievable games this year and everyone will be fighting for something. So, there’s a heck of a lot to play for and within that there’s some brilliant individual players as well so there’ll be no easy games.

“Yorkshire were much better than us at Headingley. We lacked a little bit of energy and penetration on that first day and we didn’t capitalise on the conditions that were in front of us. If you do that, it’s a great example that teams can get the better of you and if they play better over the four days, they’ll get the right result.”

Kerr is instead focused on making sure his charges focused on basics, taking responsibility to deliver their skills as often as possible whether with bat or ball in hand.

“It will be trying to reinforce that message, making sure our commitment levels, our behaviours on the field, everything that we’ve tried to build culturally, we make sure we do those things really, really well. Then hopefully, if you get that right, the results tend to take care of themselves.

“If you can sustain that pressure and do that over a longer period of time against opposition often you get it, things tend to go your way.”

After finishing second last year the club had a review of what they needed to do in order to go one better this time around. That included identifying the kind of mindset needed to finish sides off and come back from behind when encountering setbacks.

“That’s an ever-evolving thing,” said Kerr, although there has been some clear evidence of a change in approach this summer. “I still think there’s room for us to grow. That ruthlessness and that real edge, recognising those moments in games and having that killer instinct.

“Inevitably you get that if you have continuity on your side. We’ve had to make a few changes through injuries, through international call-ups or through lack of form. But what we’ve seen through the T20, guys have come in and delivered brilliantly. We’ve seen that to an extent in the Championship and there will be some opportunities leading into these final games.”

Indeed, spinner Jack Leach is scheduled to be away as part of England’s Ashes squad for the next few weeks, while Lewis Gregory (T20 captain and leading Championship wicket taker) has been out injured. Overseas batter Azhar Ali, who played a key role in the 50-over campaign, has also been recalled by Pakistan ahead of their next Test series.

“We’ve had some changes that have been forced upon us. And we hope those guys that will come in, step up and deliver as they have done in the second team.”

Kerr highlights the role played by youngsters George Bartlett (21) and Tom Banton (20) who made an immediate throughout this season. While Banton’s audacious strokeplay attracted the headlines, marking him out as a potential England star, Bartlett has quietly worked his way to becoming Somerset’s leading run-scorer in Championship cricket this year.

“George has played some fantastic innings right from game one,” said Kerr. “His contribution allowed us to have a total that we could defend against Kent in our opening game [which Somerset went on to win].

“The signs for the future of this club are really exciting. We’ve got a lot of young players that have made contributions and looked like they played first-team cricket for a long time. There’s a lot of talk about Banton at the moment and rightly so. Across three formats he has shown a maturity that I haven’t seen a young player for a long time, so it bodes really well.

“If we can get the senior guys doing what they’ve done for a number of years, certainly this back end, it will give us opportunities to be in a position to hopefully win games.”

The club are currently looking for an overseas batsman to replace Azhar. Kerr paid tribute to the popular opener.

“He’s been outstanding for us. He’s an absolute diamond of a human being. He’s bought into everything that we’re trying to do here. His contributions off the field have been immense. He had a very good 50-over campaign and helped us win our first trophy in a number of years.

“I’m sure, like a lot of batters, he would have liked more runs in the Championship, but there’ve been some crucial contributions, none more so than against Notts here where he carried his bat against Ashwin and played brilliantly.”

Whatever happens over the coming month, the close of the 2019 season will mark the end of an era.

“He’s fortunate. His name will go down in history and he’ll be someone that’s talked about as a Somerset legend forever. My challenge to the guys is if us mere mortals want to be remembered forever, the first side that wins the County Championship will be.

“So, if we can tie the two together it will be phenomenal. There’s no doubt there will be some phenomenal celebrations as well, to go with that.

“But it’s important again that we can’t get distracted by the romantic side of what a story it could be. If that is the case, we’ll celebrate well, and it will mean a hell of a lot to Tres and to a lot of people at the club.

“Our chief operating officer Sally Donoghue, who’s been here for 30-odd years, is leaving at the end of the year as well. So, there’s a couple of little things behind the scenes that are giving us a little bit of extra focus because it means a lot to a lot of people.”

Gloucestershire, meanwhile, went into this week’s Division Two Championship game against Derbyshire still in contention for a promotion spot and hoping to make their first return to the top flight since 2005.

While Lancashire were well out in front ahead of last week’s fixtures on 157 points, three teams have the chance to earn promotion this season. Glamorgan and Gloucestershire lay in second and third position, both having collected 129 points.

Gloucestershire have three matches remaining. They host Sussex at Nevil Road, before making an away trip to play Worcestershire. Enticingly, Gloucestershire are due to play Northamptonshire (in fourth place ahead of this week’s round of games) in their final fixture of the season at the County Ground in Bristol. It is a game which could decide the possibility of promotion.

The county will also have high hopes of winning a play-off place in the T20 Vitality Blast, despite all-rounder Benny Howell being ruled out for the rest of the season with a hamstring injury. Gloucestershire brought in Nottinghamshire all-rounder Zak Chappell, 22, on loan as injury cover for their remaining Blast fixtures.