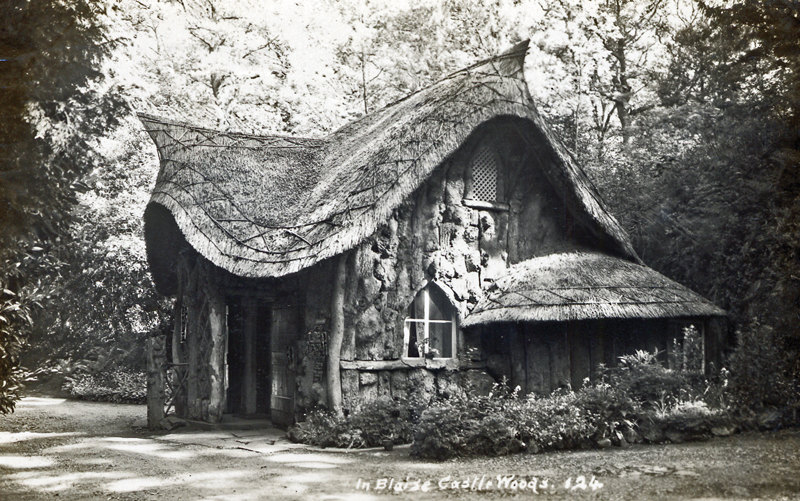 The name Lancelot ‘Capability’ Brown will be familiar to many Bristolians. However Humphry Repton – Brown’s great successor in the field of landscape design – is far less well known. Happily, Andrew Swift knows all about him

While Capability Brown only worked on one estate around Bristol – at King’s Weston – Repton worked on seven. One of those estates – Cote Bank in Westbury-on-Trym – has disappeared under housing, but the rest have survived. Designed for wealthy landowners eager to impress their prestigious guests, today they are free for all to enjoy, as some of the city’s finest parks and open spaces. At this time of year, they are an especially good choice for a country walk. Their paths, laid out with such care over 200 years ago, have stood the test of time, and are far less likely than your average footpath to deteriorate into quagmires.

Unlike Brown, Repton usually worked as a consultant rather than a project manager. He devised a novel way of presenting his ideas, producing a series of plans and sketches which, by the ingenious use of flaps or fliers, showed what various landscape features would look like before and after his proposed improvements. He presented these to his clients between red binders, and his ‘red books’ soon became famous.

Repton’s designs marked a transition from the picturesque naturalism of Capability Brown to the eclecticism of the 19th century, with flower beds and gravel, walks near the main house and woodland-style landscaping beyond. In most cases, the high-maintenance features of the gardens Repton worked on have disappeared, while the woodlands – possessed of a more thoroughgoing wildness than he could have foreseen – have survived.

Repton’s best-known work near Bristol is at Blaise Castle, for which he produced a red book in 1796. The house at Blaise Castle was less than 100 yards from the centre of Henbury village, yet Repton decided that the main carriage drive should approach it from the opposite direction. Not only was his new drive almost a mile long, but it also involved a switchback descent into the gorge-like valley of the Hazel Brook and a gruelling ascent on the other side.

He proudly described it as “one of the finest approaches in the kingdom,” although, he added ruefully, “the sides of the hills were so steep, that I had to be let down by ropes to mark the line of the road.” His overriding criterion was a dramatic effect, with new prospects opening up around every corner. At a couple of points where he felt that the scenery might start to pall, he even placed rustic cottages.

The best-known feature at Blaise Castle – the triangular tower commanding views over the Bristol Channel – was not Repton’s handiwork. Dating from 1766, it had long been a famous landmark, even being mentioned by Jane Austen in Northanger Abbey. Repton, however, designed a network of paths crisscrossing the hill leading up to it, to provide the same sense of dramatic expectation as his carriage drive. Terraced walks and revetments, meticulously oriented viewpoints, newly quarried caves and, on reaching the summit, a surprise view of the tower, were all aspects of his plan, transforming a country walk into a cunningly choreographed adventure.

Three years later, Repton was called in to advise on landscaping the grounds of Oldbury Court at Fishponds. It was another commission he took to with gusto, writing that it had “such a variety of sublime and beautiful scenery as seldom occurs in places of much greater extent”. As well as constructing a series of pools, he created a path on a narrow ledge high above the River Frome. Sheer drops and overhanging crags created a frisson of excitement (or possibly vertigo), while seats cut into the rock face allowed for calmer contemplation of the view.

Such grand gestures were not always possible, but there was one thing that characterised all Repton’s commissions – the planting of large stands of trees to frame views, hide unpicturesque elements and provide privacy and seclusion. In 1804, at his suggestion, 10,000 trees were planted at Ashton Court, emphasising the rolling parkland and leading the eye onward to the green hills of Somerset.

Visitors to Ashton Court can still admire the genius of Repton’s initiative over two centuries later. In some cases, though, the sapling plantations he encouraged his patrons to establish have become untamed thickets, blocking the views they were meant to frame.

In Paradise Bottom, part of the Leigh Court estate, for which Repton drew up plans in 1814, the triumph of nature is near complete. Steep paths drop-down past sedge-fringed pools and weed-choked cascades, giant redwoods and Wellingtonias tower overhead. Later encroachments – a single-track railway disappearing into a tunnel, a long-abandoned dry dock down by the water’s edge – lend their own enchantment to this tangled spot. Most evocative though is a clifftop grotto which once commanded views across the Avon Gorge, but now looks out over high banks of trees.

Not all of Repton’s commissions were on such a lavish scale. At Royal Fort, off St Michael’s Hill, he was called in after the site had been devastated by an abortive attempt to develop it for housing. His solution was masterly, smoothing out the contours and planting trees to create enticing prospects while laying out paths curving down to sequestered areas screened from the outside world by high walls.

Repton worked on one other project in the Bristol area, which is surprisingly little known. It is far from being the grandest, featuring no pools, cascades or gorges, and with only a short carriage drive. Yet Brentry Hill is perhaps the most evocative of all, not least because the Greek Revival villa at the heart of the estate was designed by Repton himself, with the help of his son, in 1802.

It lay on a steeply sloping site a mile east of Blaise Castle. Repton described the view as “pleasing and extensive”, with the wooded hills of Blaise and King’s Weston near at hand, and the Bristol Channel and Welsh mountains in the distance. Astonishingly, given how much this part of Bristol has changed in the last 200 years, the view, framed by the woods Repton planted, still has a rural aspect and an expansive magnificence today. “Few houses,” Repton wrote, “have been built with more attention to the situation and circumstances of the place than the villa at Brentry.” The current occupants of the building, which has been converted to flats, would doubtless agree.

VISITING REPTON’S LANDSCAPES
• Blaise Castle, Oldbury Court & Ashton Court are owned by Bristol City Council (bristol.gov.uk/museums-parks-sports-culture/parks-and-estates)
• Paradise Bottom is owned by the Forestry Commission. Free car park off Pill Road (BS8 3RA). Take the turning for Brackenwood Garden Centre, drive past the garden centre, take a right fork and carry on for another 200m.
• Royal Fort is owned by University of Bristol. Access to the public (but not to dogs) is usually allowed.
• Brentry Hill (BS10 6TD) lies east of the junction of Passage Road and Charlton Road. The area around the house is private, and, although there is no official access to the wider estate, it is crossed by a couple of footpaths popular with local dog walkers.