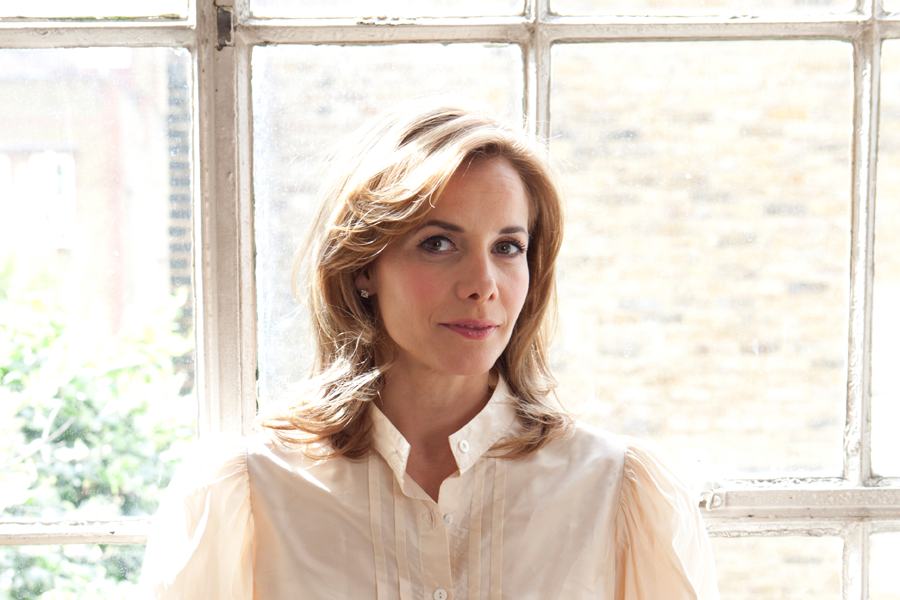 Former prima ballerina Darcey Bussell speaks to Emma Payne about bringing her new dance fitness programme to Bristol, Strictly Come Dancing, and the role that got away…

We can probably all admit to looking on enviously at the sequin-garbed celebs on BBC’s Strictly Come Dancing at one time or another, envisaging a sudden career change and attempting to emulate the tango with all the seductive charm of Bambi. Cue kindly judge Darcey Bussell’s latest venture – dance fitness programme Diverse Dance Mix, which offers an informal way to explore the art form, sans obstructive living room furniture. With classes already established for adults in London, Darcey’s new focus is encouraging a new generation of twinkle toes to get involved.

“Our biggest project, or the thing I’m most devoted to, is the schools,” Darcey enthuses during a chat with us before a visit to Bristol’s Redmaids’ School to deliver a taster session. “It’s for every kid to have a go at, so any ability and any age can have a chance to experience dance.” To ensure accessibility, the choreography is carefully adapted and kept simple so that beginners with absolutely no experience can follow the steps. Sounds like we would just about manage it, then…

One of the motivations behind DDMIX is broadening children’s perceptions of dance. “We try to deliver at least 20 different styles in our dance programme,” says Darcey, and on perusing the impressive line-up we spot everything from waltz to Bollywood, hand jive and Russian dance. “We have a lot of fun with it, but students are actually getting a little flavour and understanding of some big, important national dances, which are still performed around the world.”

DDMIX isn’t just an opportunity for children either, as Darcey’s aim is also to encourage anyone who might be interested to train and become an instructor. “We’re determined to recruit more so that we can feed the programme into as many schools as possible,” she explains, with the hope that DDMIX could eventually run alongside the core P.E. curriculum. “We’ve devised this so it’s easy to deliver. P.E. teachers that are interested in music or have rhythm would be able to deliver it themselves as well. So we’re not just isolating it to experts in dance!”

There’s hope for us then, especially with Bristol firmly on the cards as DDMIX expands. Proud to launch the programme, and give it a perfect score à la Strictly, was Redmaid’s School with which Darcey has a special connection. Teacher and dance instructor Dawn Clark, who now runs a Saturday morning ballet club at the school, also studied at the Royal Ballet School, which Darcey joined aged 13. “Our paths obviously crossed constantly even though she was in the year above me,” says Darcey of her former classmate. “And you always admire the kids above you because they’re that one step ahead, and they’re always very supportive.”

“It’s for every kid to have a go at, so any ability and any age can have a chance to experience dance…”

We need a little support simply watching archive footage of Darcey in some of her most memorable roles at The Royal Ballet Company, where she was principal dancer for almost two decades. Be it Giselle, Manon or The Nutcracker, each masterpiece presents different emotional and physical challenges for the soloist – the latter in particular. (Who knew it was possible to stretch a leg that far above one’s own head?) But as a headstrong principal dancer, Darcey took it all in her stride. “However hard things get, you’re not going to give up all that training!” she laughs. “There were times where you’d get exhausted physically and mentally, but it’s such a fulfilling career because you know you’ve worked for 10 years to get into a job.”

And the dramas within the studio diminish when compared to the sensationalism of ballet’s greatest plots; doomed lovers, murder, vengeance and supernatural disturbances are all tropes of the most popular 19th-century works, and all of them conveyed corporeally. “You have to express yourself through your body,” explains Darcey, whose lyrical, sensitive style helped her to stand out as a professional. “If you’re telling a narrative it has to travel across an orchestra pit, right across into the public. You can appreciate a great physique and a great technique, but if a dancer doesn’t have soul and a passion for it, it doesn’t travel. It’s different with every choreographer or director and how they influence you,” she adds. “When you’re an experienced principal you always want to make every show your own. You can’t change the steps; it is really just your interpretation of the character. It’s your own personality that will shine through.”

For a soloist, the opportunities to explore every aspect of humanity are limitless, but even in such a varied career as Darcey’s, some stones are destined to be left unturned. “There are a couple of roles I would’ve loved to have done,” she agrees, though there’s no sense of regret in her voice. “One that sticks out is a big classic called Don Quixote. It has a big influence from the Latin world and South America. It’s very athletic and you’re a very confident person when you dance it. You have to be very feisty, and when I performed it in the dress rehearsal I injured myself. I always blame myself for getting over excited. So I suppose that’s the one that got away!”

It’s also testament to those responsible for the set, costumes and lighting that these complex stories continue to appeal to modern audiences. “I just love the visuals, for me it’s like you’re transporting a piece of magic across to the public. Without special effects!” Darcey laughs. Could one of those creative avenues have offered a potential alternative career, perhaps? “I would’ve loved to be a part of the design team, and I know I would’ve really enjoyed that,” she agrees. “All those years working in a theatre have really made me interested in design and lighting, and I really appreciate the techniques that you use in a live theatre.”

“My kids assisted my career, I know that sounds strange…but what you put into art is about life”

And yet, somehow we can’t quite imagine Darcey scaling a lighting rig or sitting at a sewing machine – her impact on the world of ballet is such that it’s impossible to think of her in any other role. At 20 years old she was appointed principal at The Royal Ballet, after just a year working with them – most dancers are expected to put in a good three years before such a promotion – and enjoyed a glittering career which only ended in 2007. “When you have immersed yourself from a very young age – and I feel incredibly blessed that I fell into something I enjoyed so much – it’s hard to think of what else I might have done,” she concedes modestly. But when asked if she would ever return to the stage, the answer is clear: “Fortunately there are a lot of younger, much fitter people than me so I’ll leave it to them!”

Indeed, despite its deceptive effortlessness on stage, the physical toll of 30 years in ballet cannot be underestimated – frankly, we remember taking one adult beginner’s class once, and that, alone, introduced us to muscles we didn’t realise we had. But when your career requires you to push your body to its limits, injury is all part of the job. “Those were the times I learnt the most about myself – my weaknesses, my strengths, and what I was capable of achieving,” muses Darcey. “I used it as a path to getting stronger, to being a better person in the end, instead of using it as a negative or as an excuse. It’s all part of the journey.” The secret to Darcey’s positive outlook? Music. “I turn on the radio as soon as I walk into the kitchen in the morning because the sound of the music just lifts you,” she says, and for a moment we entertain the idea of the greatest English ballet dancer in a generation thoroughly enjoying a bit of Justin Bieber while rustling up breakfast. But the thought suddenly pales in comparison with the prospect of watching the likes of Ainsley Harriot Salsa to the sound of Don’t Touch Me Tomatoes – surely one of the highlights of Strictly 2015 – and having to offer the kind of supportive criticism that Darcey does so well.

“Don’t worry, I’m aware of that!” she laughs, as we point out the disparity between dancing in Swan Lake and doing the Cha Cha in penguin costumes. “Being part of Strictly is like being part of another dance company,” she explains, with the same friendly enthusiasm that has made her a firm favourite on the judging panel. “I feel that everything I missed about being in The Royal Ballet I get an element of with the show. It’s another live performance and everybody is working for the same goal, which is lovely, but it’s on a very different level because I’m not the dancer anymore!”

Although Strictly has brought Darcey to a whole new audience, it is but one branch of a busy post-ballerina career. Since her final performance – Kenneth MacMillan’s Song of the Earth in 2007 – Darcey’s successes have included children’s book series Magic Ballerina, a visual autobiography, and taking the position of president of the Royal Academy of Dance in 2012. With such a wealth of accomplishments it’s hard to imagine keeping the balance between family and work – “Not many dancers would juggle having two children and keeping a career going!” – but Darcey has characteristically harnessed the challenges and found inspiration through her daughters. “My kids assisted my career – I know that sounds really strange, to have kids as part of your learning, but what you put into art is about life.”

Certainly this ethos is mirrored in the spirit of DDMIX, which focuses on the fun of dance and improving fitness and wellbeing rather than becoming a slave to the gym. And it’s definitely something we can get on board with – the latter establishment having been largely absent from our lives since the days of feigning illness during P.E. at school. “I just think, why can’t kids in schools – instead of only being delivered team sports – have access to dance and have a chance to have fun with it?” Darcey posits. And we have to say, if the option was there, we would’ve waved farewell to the drudgery of netball and hockey in the rain without a moment’s notice…

Darcey is looking for dance teachers, fitness instructors and ex-dancers to become accredited DDMIX instructors in the Bristol area. Primary and secondary schools can also introduce DDMIX into their PE curriculum, with schemes of work existing for KS1, 2 and 3. DDMIX can either teach current staff members or offer their own peripatetic instructors. For more information, visit diversedancemix.com