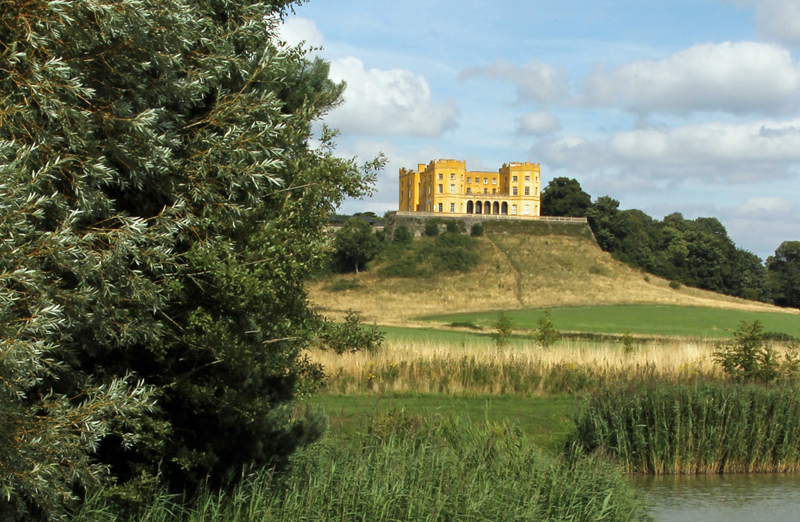 Perched high above the M32, like something out of a Gothic fantasy, the Dower House is one of Bristol’s most instantly recognisable buildings, even if many of the motorists who drive past every day have no idea what it’s called.

In its 18th-century heyday – when it was called Stoke Park – many compared it to Windsor, yet for all its fortress-like impregnability, there was never a castle here. Its story starts in the mid-16th century when Richard Berkeley built a house – called Stoke Lodge – on the escarpment above the Frome valley. It was not his main residence and it seems to have been designed as a grand hunting lodge. Hence the massive revetment, which raised it high above the surrounding land, giving his guests a panoramic view of the chase.

In 1736, it was inherited by Norborne Berkeley, who rebuilt it in Strawberry Hill Gothick style, renamed it Stoke Park and engaged the landscape architect Thomas Wright to transform the parkland into something resembling Lord Cobham’s estate at Stowe.

Carriage drives and woodland walks were laid out, leading visitors past a succession of viewpoints. Temples, tombs and tunnels added variety to the scene, along with a rotunda, a large pond and an obelisk to the memory of Berkeley’s niece, killed in a riding accident.

Berkeley invested most of his fortune in William Champion’s brass works at Warmley and, in 1768, when Champion went bankrupt, so did Berkeley. He fled the country, ending his days as governor of Virginia, and Stoke Park passed to his sister, the Dowager Duchess of Beaufort – hence its change of name to the Dower House.

After her death in 1799, the estate entered a twilight period, being leased to tenants, with little in the way of alteration or improvement. In the late 19th century, it was briefly the home of the Duke and Duchess of Beaufort, before being sold in 1909 to the Rev Harold Burden, who, with his wife Katherine, converted it into a hospital for children with mental health issues and learning difficulties, which was later taken over by the NHS.

The 20th century saw an acceleration of the genteel decline that had characterised the estate since Norbert Berkeley’s hasty departure. The follies and monuments crumbled away and in 1939 the obelisk collapsed after being struck by lightning. That same year, an anti-aircraft battery was built on Purdown at the south-west end of the park. It was decommissioned in 1944, but in 1970 a telecommunication tower was built near the former battery, its pagoda-like profile a worthy successor to Berkeley’s follies. 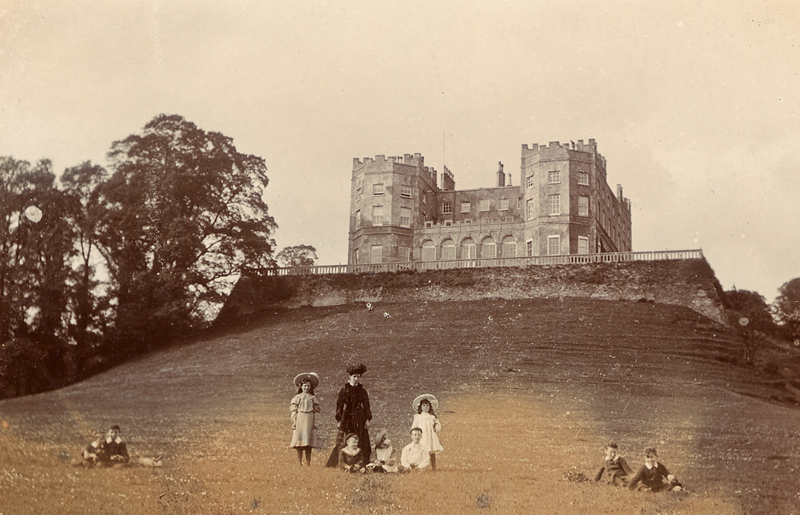 Then, in 1968, came the most devastating change of all – the construction of the M32 through the park, directly below the Dower House. The tranquillity it had enjoyed was shattered forever, and Duchess Pond, in whose still waters it had been reflected for over two centuries, was unceremoniously drained.

Gradually, however, came a reawakening of interest in the estate. In 1985, the Purdown Landscape Protection Group was formed. The following year, it was added to the English Heritage Register of Historic Parks and Gardens. An archaeological survey was undertaken, and in 1990 a report by the restoration trust established what would henceforth be a guiding principle – that the overriding aim of restoration should be to return the park to its 18th-century layout.

In 1993, Duchess Pond was partially reinstated, and in 1998, following the closure of the hospital, a consortium acquired the estate. Its aim was to develop the former hospital site for housing and convert the Dower House to luxury apartments, while agreeing to maintain and restore the parkland. In 2012, after a string of consultations, reports and feasibility studies, the park was acquired by Bristol City Council.

One of the council’s first priorities was to draft a plan to reverse years of neglect. Since livestock had stopped grazing the park in 1997, scrub and woodland had colonised areas of former pasture. This not only blurred the outlines of the 18th-century design, but also reduced the acreage of wildflower-rich grassland.

In the 18th century, Thomas Wright had laid out three woods on the escarpment north of the house – Barn Wood, Hermitage Wood and Long Wood. Tongues of grassland ran between them, creating enclaves of rolling plateau bounded by trees. On reaching the end of these enclaves, panoramic views across the valley, with the great house raised high above it, would suddenly open up.

Since 1997, Barn Wood has been allowed to extend westward along the escarpment, to join up with a hitherto isolated copse called Pale Plantation. From there, a near-continuous line of scrub and woodland continues south-westward, creating a natural corridor stretching for almost a mile and a half.

This has, inevitably, led to the loss of Wright’s carefully-designed viewpoints. Yet Wright never envisaged that a motorway would one day be their most prominent feature. And, while it may be possible to recreate the lineaments of Wright’s design, the aural integrity of the landscape he created – that pastoral quietude so beloved of the Georgians – is lost beyond recall.

Although the spread of woodland has blurred the outlines of the 18th-century design, it has also created a much larger area screened from the outside world and – more importantly – from the noise of traffic.

The establishment of new woodland is also in line with an initiative launched by the council on 4 June 2018, in association with various environmental agencies. Called Taking Trees, it aims to double the number of trees in the city by 2050, in order to cut pollution, increase biodiversity and provide ‘natural corridors for birds and insects’. 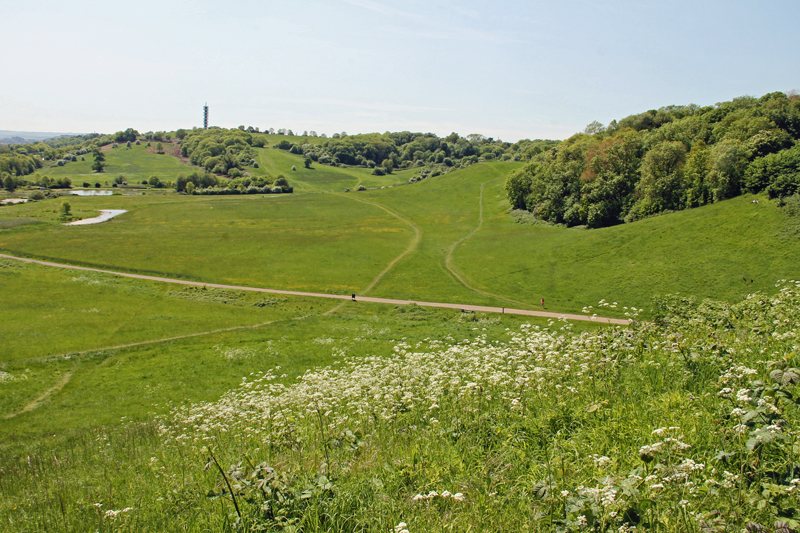 Looking south-west from the Dower House to the telecommunications tower

At Stoke Park, however, the council has instigated another initiative, part-funded by Natural England, to clear the woodland established over the last 20 years and restore the area to grassland, leaving only a few scattered trees. Not surprisingly, the plan has received widespread criticism. While there is general agreement that livestock should be reintroduced and selective thinning of vegetation undertaken, many say that destroying one wildlife-rich habitat to recreate another is misguided.

Work has, however, already started at the south-western end of the park. Clearance of scrub from the anti-aircraft battery – now a designated ancient monument – was indeed long overdue, yet campaigners claim that the area around it, now denuded of trees and other vegetation, looks ‘like a wasteland’. The area to the east is due for the same treatment later this year.

Faced with this, local residents are campaigning to save the woodland. A petition has already attracted over 3,300 signatures and councillors have agreed to hold a public meeting in July. Unlike most environmental campaigns, this is not a battle between conservationists and developers, but between rival visions of how best to manage the environment. Stoke Park may long have been something of a Cinderella among Bristol’s open spaces, but the outcome of this debate seems likely to have implications for environmental policy in the city for years to come.