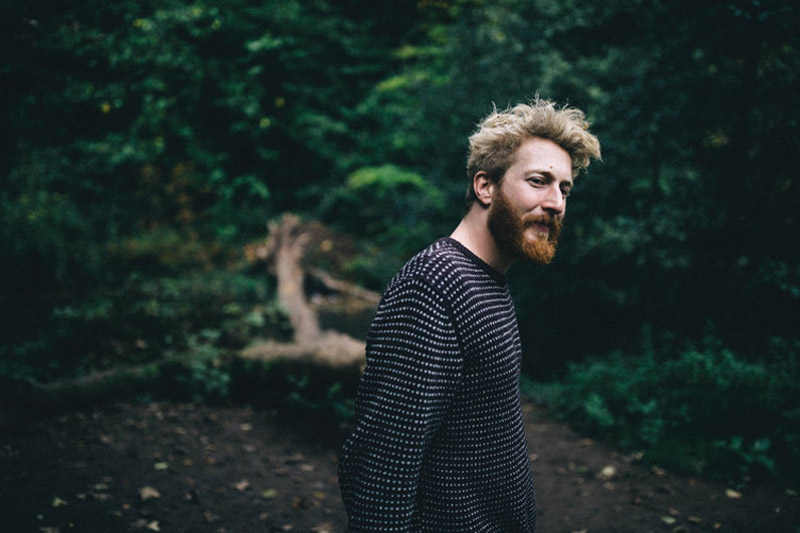 Every picture tells a story: interview with Owen Gent

Bristol-based illustrator Owen Gent describes himself as “not much of a writer”, but he compensates with his powerful visual vocabulary, says Emma Clegg

Illustrator Owen Gent is a man of textured layers. He was a signwriter, he used to dive into the sea on the Cornish coast in between lectures, he lived in a caravan on a llama farm, he travelled around Ireland in a van, he is working on a graphic novel and his illustrations have supported everything from a report on inequality in the US penal system to the covers of Thomas Hardy novels. Oh yes, and he’s just made himself a loom.

These layers extend to his illustration – a mixture of traditional art techniques and digital processes. “I used to be an oil painter and I did signwriting for a long time. So my background is in traditional brushwork. In my current work, I use digital techniques to give me the flexibility needed while working in commercial illustration – so my work is half hand-produced and half digital.” He scans in his own monotone watercolour paintings, adds colour and then layers on collected or handmade textures such as old paper or dry brush strokes.

“There’s a depth that you can get from paint and pencil that you can’t get with digital,” Owen explains. “I use Photoshop a lot in my work, but I see technology like an extension of a pencil case with many different materials and possibilities. So it’s another creative tool rather than a formulaic process.”

…I like to tell a little bit of a story but then not fully explain the whole thing. It’s about implication and suggestion…

Owen studied illustration at Falmouth School of Art, graduating six years ago. The course focuses on traditional illustration, with graduates going on to become book illustrators or produce editorial illustrations. Just a few years older than his fellow students, Owen recollects that the difference between going to college after having had a full-time job for a few years and coming straight from school was all about motivation: “I really wanted to be there – it really mattered to me. I got into magical realism when I was at Falmouth, using literature, music and storytelling and incorporating lots of metaphors in my work. Slowly, over time, it became more about telling a story. My style is to tell a little bit of a story but then not fully explain the whole thing. It’s about implication and suggestion. Many of my figures never fully face the camera, so I leave as much as possible to interpretation.”

Owen has produced a number of book covers for clients including Hodder & Stoughton and Penguin Random House, but the ones that strike a particular chord are the series of Thomas Hardy covers he did for Penguin Vintage. In Owen’s trademark style, these are alluringly simple compositions, each with figures in mystery, facing away from the viewing plane and buffeted by the natural force of the elements. This synchronises aptly with Hardy’s familiar narrative around the power of circumstance to control lives and how human forces are inevitably rendered inconsequential.

Beyond book covers, Owen has a list of clients including The New York Times, The New Yorker, Vogue, The Washington Post, the V&A and Wired. He has also worked for organisations such as TED, the Samaritans and Al Jazeera, covering issues such as mental health, racial segregation and inequality. “A lot of the subject matter I get is quite difficult: mental health, depression or isolation. My style lends itself to that because there is something in not directly showing characterisation. It leaves a lot to interpretation which makes the content more palatable. And then people can project what they want on to that image rather than translating it literally.

“If I look at a brief from a client and see subjects such as depression, bereavement, mental health or death, there’s a sense of responsibility and pleasure in finding a way to communicate those well. If I can make those parts of life more palatable or offer a shred of understanding or an element of relatability around them then it’s incredibly rewarding.”

Owen also collaborates with fellow illustrator, composer and animator Hugh Cowling as Uncle Ginger Animation Studio. In 2017 they received a nomination for Best Animation in the Royal Television Society’s West of England Awards for their film How Did Hitler Rise to Power? commissioned by TED-Ed – TED’s education initiative. Owen and Hugh are based in Bristol’s Centrespace studios, which is run as a cooperative and shared with creatives ranging from architects and glassblowers to furniture makers and printers. Owen says that everyone there is their own island, but there is also also a real sense of collaboration – valuable when you are freelance. Each one of Owen’s commissions has its own character and the schedules for delivering work range from five hours to a year.

“The best ones tend to be the short ones. You don’t have a choice and there’s no time to reflect or doubt yourself. There was a client recently who called me as I was walking out of the door with my coat on. The job was great so I had to sit back down and get straight on with it until the early hours. It’s one of the rare opportunities where the life of an illustrator can feel just a little bit rock and roll.”

Previous
A year in the garden