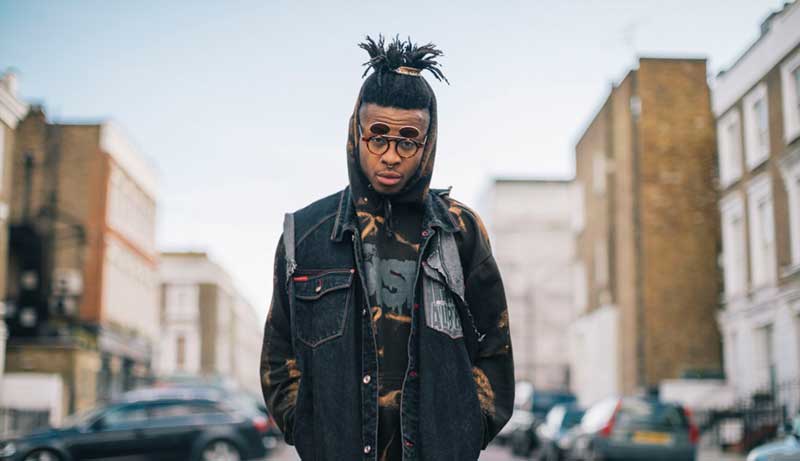 Festivals for Good: The Downs + The Big Issue

Local festival The Downs Bristol joined up with The Big Issue to help tackle some of the issues facing UK society today – including homelessness, Brexit, how technology affects mental health and the question of gender equality in the music industry.

The Big Issue has been chosen to link up with The Downs Bristol due to shared values and the desire to ensure that music, creativity and social gatherings are environments where people can get together to discuss issues and turn ideas into positive action. The initiative will include a dedicated enrichment programme starting with Big Issue vendors on site at the event selling collaborative festival programmes and developing into a long-term process to train some of society’s most vulnerable people to learn the skills that could enable them to work at festivals in the future.

“This great partnership really illustrates how festivals are changing,” said Paul McNamee, editor of The Big Issue. “Punters really want to feel like they are doing good as well as enjoying themselves.

“The Downs Bristol is leading by example. It raises funds for charities, sets up internships with music schools, prioritises local and independent traders and provides a platform for grassroots community, social and political organisations. The Big Issue, as a social business anchored in positive social change, backs this. It’s the start of something mighty and we’re delighted to be part of it.”

Some of the city’s most prolific charities will also be exhibiting in The Information Tent, including Help Bristol’s Homeless, Avon Gorge and Downs Wildlife Project Trust, Protect our NHS, Unseen UK, Humans for Rights Network, Frank Water, ABC Aid Box Community, Zero West, Caring in Bristol, Freedom of Mind and Feed the Homeless.

Shappi Khorsandi’s family left her native Iran following the Islamic Revolution in 1979. She rose to prominence in the UK with hit comedy show Asylum Speaker and social issues have always been merged with her comedy, complementing her work as a member of youth charity The Arts Emergency Service and as president of the British Humanist Association.

Matt Winning is another speaker who has successfully combined comedy with serious issues. An environmental economist with a PHD in climate change policy, his shows raise awareness of the damage being done to the Earth and how we can save it – while encouraging audiences to have a laugh.

Harriet Kemsley hails from Bath and refers to herself as a ‘multi award-winning idiot’. She has won much critical acclaim and discusses taboo subjects using her humour as a tool to raise awareness for situations that need changing in our society.

Anastasia Dedyukhina, meanwhile, founded Consciously Digital, a company which looks at the negative impact technology can have on our lives, and how people can manage the issues of health, wellbeing and self-management that our gadgets can cause. She set up Consciously Digital after finding her phone and other technology had taken over her life.

Solomon O.B is well known to Bristol audiences after regular appearances as a poet and rapper at the city’s festivals. Winner of the 2016 Hammer & Tongue National Poetry Slam, he’s also an ambassador for The Adolescent and Children’s Trust, the UK’s largest fostering and adoption charity. His winning poem Unorthodox Beginnings celebrates his positive experience of being a foster child, and Solomon speaks openly about mental health issues.

Finally, Femi Oluwole is one of the founders of Our Future, Our Choice, a group of young people campaigning against Brexit. They believe that Great Britain’s youth, who voted overwhelmingly to remain in the EU, must play their part in the current debate.

The debates in the venue:

Brexit 2019 (What The F*ck is Going On?)
What happens next with Brexit? What does ‘Brexit means Brexit’ mean? What is the role the media has to play and is there any way back from the decision? Are the doom merchants right or is this some sort of glorious opportunity?

Community Rebirth: How Can Grassroots Organisations Make A Real Difference?
Political activist and writer George Monbiot said: “through local initiatives we can regenerate our culture and make politics relevant again”. In this panel discussion the people who are trying to put this ethos into action in Bristol will come together to look at how we fight the twin problems of divisiveness and apathy.

Bristol’s Homelessness Problem: Continued
A follow-up to last year’s thought-provoking debate on the same subject, where the plight of those living homeless will be revisited. What, if anything, has changed since last year’s festival? The panellists from 2017 will be invited back to join new speakers to examine this ever-present challenge.

Social Networks, Technology and Mental Health
Thanks to social media and new technology, we are all supposed to be more connected than ever – so why is isolation such a big issue? How is the mental health of young people, in particular, being affected? How can we reach out to the lonely and how do we stop technology taking over our lives?

Gender and Equality at Music Festivals
Across the UK festival scene this year the issue of a lack of female artists has been highlighted – not least at The Downs where the big headliners are all male-led bands. When it became clear that the female headliners the organisers wanted could not play, a number of up-and-coming female bands were invited to be part of the line-up. Was that the right thing to do? Should a female headliner have been booked even if it wasn’t a good ‘fit’ musically?

The Downs Bristol is also maintaining an ethical stance through the festival’s production values. A reusable plastic cup scheme will help save an estimated 100,000 single-use plastic cups ending up in landfills. Generators at the festival will run on hydrotreated vegetable oil biodiesel, a stable and sustainable waste product from agricultural processes.

Where possible, local traders are prioritised, with 80% of food traders coming from the South West. All traders are encouraged to use as short a supply train as possible and local contractors are given priority for the event’s build and infrastructure. Official waste management team Greenbox recycles as much waste as possible and advises The Downs Bristol on which are the best materials to be used on site to ensure maximum recycling possibilities.

Adult tickets, priced £49.50, and tickets for children (aged 5-12), priced £15, are now on sale from seetickets.com and The Bristol Ticket Shop. Under fives can attend the festival for free. All online ticket sales will be subject to a £1 donation with funds going directly to the upkeep and maintenance of The Downs, for all of Bristol to enjoy. Children, accompanied by an adult, can travel for free on all shuttle buses travelling to and from The Downs Bristol.